From One Gammon To Another 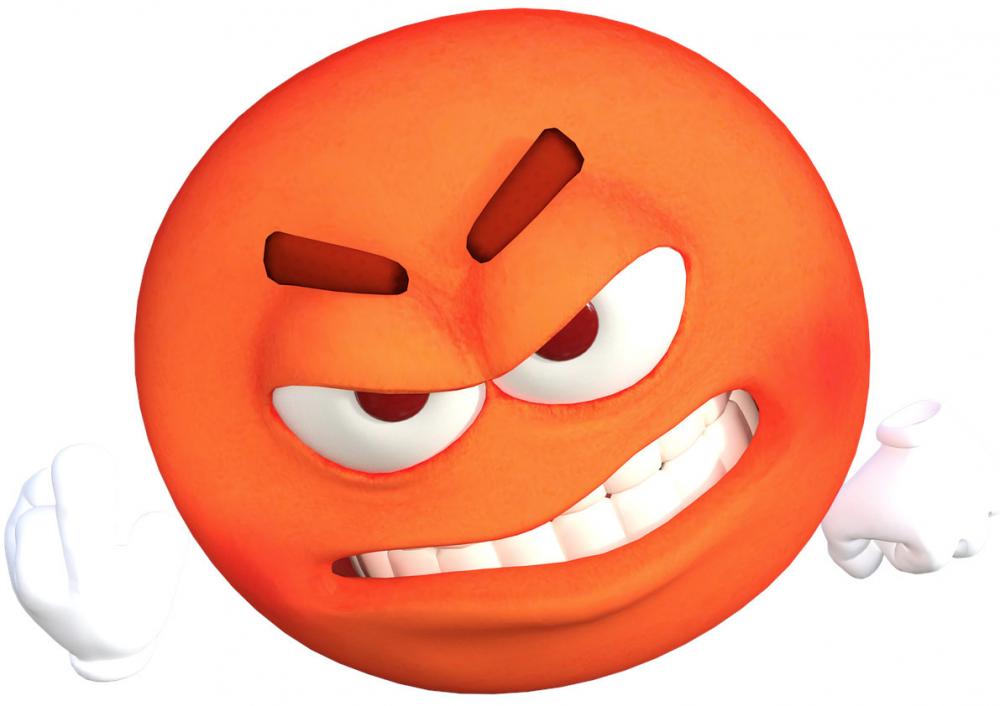 Image by Pete Linforth
For the last few years of my developing dotage I’ve always hankered to be defined as ‘Mr Angry’ from Tunbridge Wells. He was the regular, imagined contributor to the BBC, or newspaper letter columns. Sometimes also known as Disgusted from Tunbridge Wells. This somewhat eponymous nickname neatly summed up the right wing crusty old conservative railing at the declining moral standards of the day. I would have gladly adopted the sobriquet with chest swelling pride!

But times have changed. The crusty old Blimps like me remain, but I’m lead to believe we are now called Gammons. Apparently, it’s because we are aged and red faced! The cheek of it - so is Chateaubriand, and rather more upmarket thank you.


Also by Christopher Jackson...
Land Of Woke And BoringBanks - The Bellwether Of All That’s Changed For The WorseTo Boldly Split Where No Man Has Been Before2021 - The Death Of Common SenseCOVID -19 : An Unexpected Side Effect
Those regular followers will recall my mini rant against Lewis Hamilton , seemingly unable to separate outrage at racism, with being happy to collect the winners trophy in Bahrain. Well my pop at him had no effect on his attitude, and he continues to support Black Lives Matter. My point? Well I’m pretty certain he’s never taken a few moments to actually look at the declared agenda of Black Lives Matter. It makes grim reading, and in short, demands the overthrow of capitalism, de-funding the Police and closing prisons. Quite how that improves life I struggle to see. Moreover, one must assume he will be happy to forgo his £40 million salary in order to show solidarity. Don’t hold your breath.

But it got me thinking. Where once we had Pericles and Socrates we now have Millennials. Gawd help us. Before declaiming I must first perform mea culpa. For 'tis I and my ilk who have spawned these adult adolescents who align themselves with whatever drivel pops out of Facebook or Tik Tok and every other social media voxpop. Too many of my generation rejected being Mum or Dad in favour of being mates with their kids. Discipline and boundaries were eschewed in favour of staying hip and cool - like wearing the same clothes. Kids need rules to kick against to find their own way. Hearing 'N O spells No' is healthy. Through trial and error they work out what makes sense and what they disagree with. But too many have grown up without being criticised, or refused, or blamed. Thus we have a generation that cannot argue, rebut or agree to disagree. They just metaphorically close their ears and refuse to engage with anything they find distasteful. Cancel culture is the term. No platform for you mate. Take the Me Too movement. When Catherine Deneuve offered a counter view she was slut shamed. When J K Rowling questioned what women who menstruate meant she was shredded and labelled a ‘TERF’ which stands for “Trans Exclusionary Radical Feminist”. Sorry - indulge me at this point. All I can say is that the clown who thought that one up is a TURD - a Totally Uneducated Reactionary Dork. I chose Dork in preference to my original term to avoid causing unnecessary offence. Cue smiley face. 😀 Just saying!

All of the above wokeness might be palatable if it was supported by reasoned argument, but too many just pile on the bandwagon without having the foggiest about that which they claim to support.

But to those who sink, like me, into a trough of despond, help is at hand. Yes it’s set to become the latest lockdown craze - Woke Word Bingo! 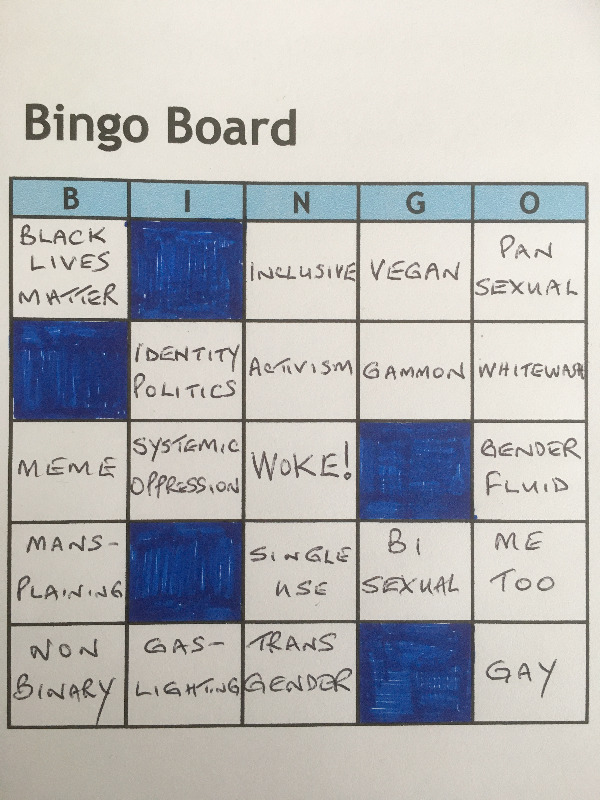 You can see how easy it is to create above. Handwritten rudimentary cards will do. Simply generate some random woke word cards and enjoy the game with your friends. You sit down in front of the TV at say news time, or a chat show, and begin marking off your cards as the woke words pop up. Great fun and much better than grinding your molars until your jaw cracks.