Land Of Woke And Boring

It’s tedious sometimes to have to revisit nonsense, but circumstances demand more pomp from me - excuse the excruciating puns! 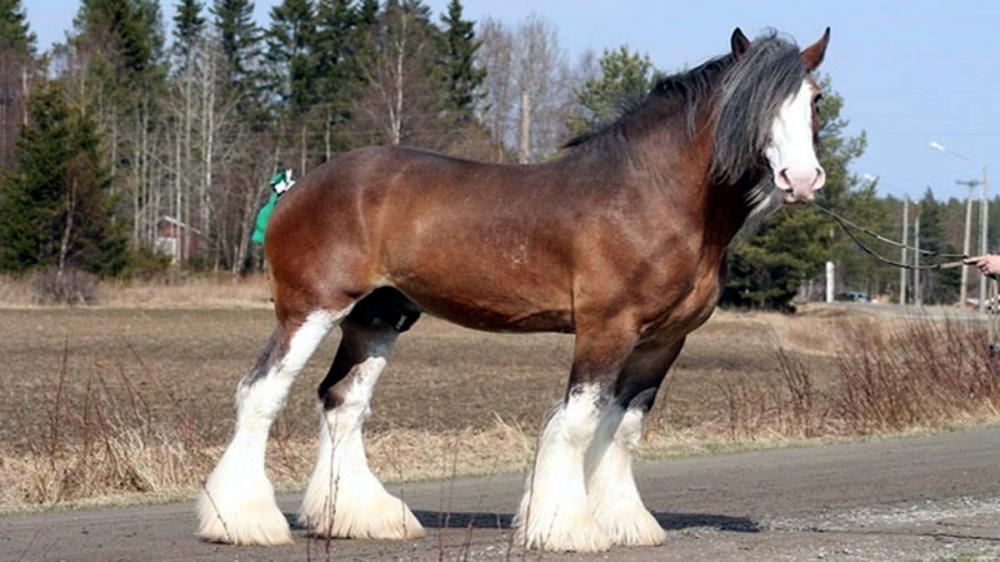 Can you tell a Clydesdale from a Shetland? This one's a Clydesdale.
The liberal chattering classes at the BBC have managed to set new standards in puerile fawning, by cutting the singing from Land of Hope and Glory and Rule Britannia at the Proms. It fair puts the path in pathetic: and as some asinine programmer says cut out the lyrics, Radio 1 plays a Rap by Potter Payper with lyrics about drugs by a former Drug Dealer. As they say - you couldn’t make it up. Time to kick the Licence Fee into touch.

Yet again the corporation vies with The Guardian to see who can traduce history and tradition in pandering to the woke generation: though it’s not a generation is it, it’s a paltry few in real terms. Since when did the self-appointed moral minority call the shots? Well let’s face it, every company, club, and body now bends the knee at the merest hint of feigned outrage. We have ceded power to these popinjays without demur.

History is littered with horrific events and questionable actions, empires have come and gone, but it seems now that we are being asked to erase any aspect that causes retrospective offence. It would be bad enough at that, but it’s purely selective in focus. I went though a DNA test recently and apart from being 8% Neanderthal (which pleased me no end) I find I’m half Viking. The filthy rotten swines were pillaging away 1200 years ago and on learning this do I now feel compelled to demand the cancellation of Up Helly Aa in Shetland?

So tell me what’s the moral difference in wishing to cancel a tune which includes the term slave? Go figure! I certainly can’t. I could be the result of a heinous rape some 50 generations ago. So now in 2020 we have to prostrate ourselves because words created in 1740 are now seen as offensive. Someone of my acquaintance berated me about my lack of concern over this dreadful matter. When I asked why she had not sold her Volkswagen, she looked at me as if I was an alien. When I said the company was started under the Third Reich in the 1930’s and that it supported Hitler, she still didn’t make the same connection: I explained her apparent dichotomy, but she thought I was talking about a medical condition! And that’s the point - ignorance. These people don’t let facts or ignorance get in the way of jumping on the bandwagon.

Surely the whole value, joy, and indeed pain of history is that we learn what shaped us, and hopefully, we avoid making the same mistakes. The woke generation want to avoid all such nasties and occupy a spring cleaned, cotton-candy insulated world.

It’s the cherry picking aspect that galls me most. Following the ghastly shooting of Jacob Blake this week, some high profile basketball players boycotted matches. Our resident do gooder Lewis Hamilton was left with a real dilemma - should he do likewise. Having banged on about people taking the knee it seemed logical that he should follow his US counterparts. But no - we have had to endure a pile of baloney in which he explains why boycotting the Belgian Grand Prix wouldn’t achieve anything as Europe’s different. Hello Lewis - note to yourself - ‘shut up’. Couldn’t be that a boycott might lead to losing the World Championship? Surely a dreadful slur! My apologies.

An elderly man is facing execution for using the taboo word Jehovah. When he defends himself by saying, “Look, I had a lovely supper, and all I said to my wife was, ‘That piece of halibut was good enough for Jehovah,’” the official reading out the verdict shouts, “Blasphemy! He’s said it again!” The verdict is stoning. Fooled? Well maybe just for a minute. It’s so absurd, but in today’s culture it’s almost credible. Of course it’s direct from the Life of Brian. How prescient eh?

This week I was looking to book a hotel. One I considered had an interesting footer ‘ We specialise in LGTBQIA guests. No problem with that - it’s their choice. But imagine a hotel that said it specialised in straight people. Whoa ah! Outrage all round and prosecution no doubt. Even more amusing is that the acronym now includes Queer. Bloody hell - for years the term was considered abusive. Just what can one say??


Also by Christopher Jackson...
Banks - The Bellwether Of All That’s Changed For The WorseTo Boldly Split Where No Man Has Been Before2021 - The Death Of Common SenseCOVID -19 : An Unexpected Side EffectFrom One Gammon To Another
I recall a DJ being called out for describing a car as Gay. A huge radio debate ensued - hosted by the BBC - and the discussion descended into hurled insults. What irritated my finely honed sense of justice was the claim that the DJ had hijacked the word gay which was the accepted term for homosexuals. Not so - in fact it was the homosexual community that hijacked the word. If you check the word you’ll note the dictionary says the dated version was 'lighthearted and carefree'. Again it doesn’t bother me as language is an evolving subject, but it’s the certainty brought to the outrage that bears no relation to the facts.

Free Speech - You Must Be Joking

Woke people brook no argument - you are wrong and that’s it. And the feeble minded line up to apologise and atone or delete their Tweet. Free speech? - you must be joking. Ask J K Rowling.

But help maybe on the way. A survey last week suggested almost 60% thought the decision to ban Land of Hope and Glory singing was daft. It was, and more power to all our elbows to stem the ridiculous tide of woke culture.

Phases come and go, but vigilance is needed in this matter. Social media gives the nonsense the oxygen it needs to thrive. Take the lady who has run vintage canal trips using her heavy horses to pull the barge. Thirty years of business is now folding under abuse and grief from the woke brigade, most of whom, frankly, wouldn’t know a Clydesdale from a Shetland. It’s not an exaggeration to say the fabric of our lives is being picked at and unthreaded by a few ‘professional’ protesters.

It has to stop.