COVID -19 : An Unexpected Side Effect 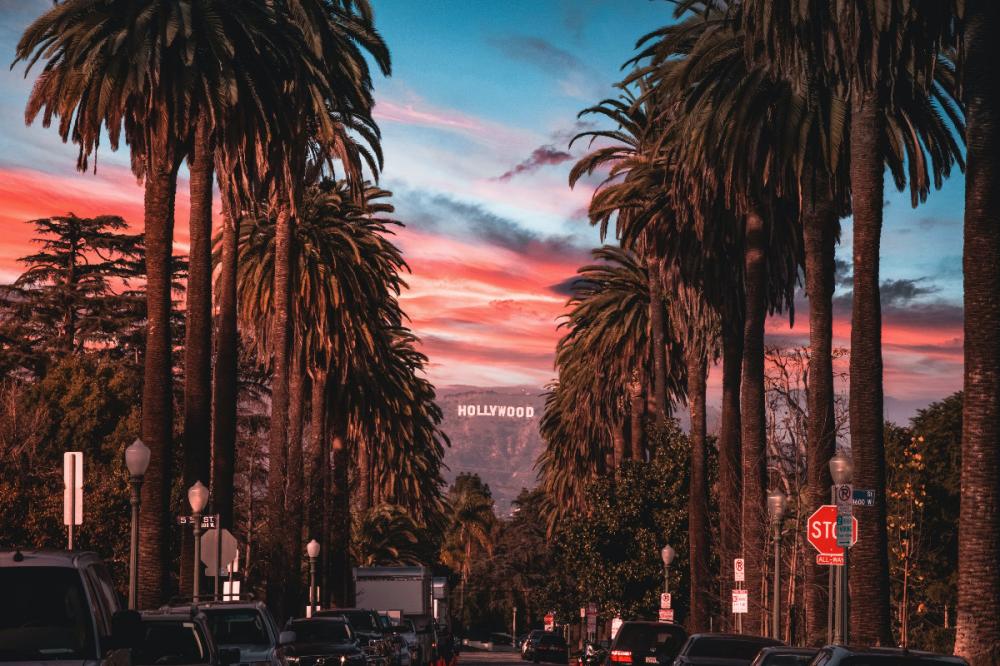 Sun sets on Hollywood. Photo by Jake Blucker
When the pandemic first broke, the conspiracy theorists suggested a Chinese plot to disrupt the west. At the time I tripped into a fantasy in which the virus was genetically coded to eliminate celebrities. What a delicious thought!

And now, as we look back over the last hundred days or so, it seems my wishes might have been partially fulfilled. The virus has shown us just how utterly irrelevant many celebrities have become. Starved of the oxygen they crave, and wiped off the front pages, their pathetic attempts to garner publicity are risible to put it mildly. Remember that feeble video of stars you’ve never heard singing Imagine? - no neither do I. But consider the preposterous lyrics ‘imagine no possessions’ sung by a bunch of people whose whole raison d’etre is money and material rewards. Bless!

So many ‘slebs’ are just desperate to hook on to any aspect of pandemic life and show faux solidarity. Was there ever a more ridiculous moment than Sam Smith crying on Twitter about how stressed he was locked down in his £12 million house? And who cares about seeing inside an airhead’s mansion when you’re more worried about if you’ll have job next week.

So they have been rumbled. Isn’t it great? Let joy be unconfined. Forget the relief of Mafeking! Oooer - I’m losing the plot here in the excitement! Many ‘slebs’ are so wrung out at not being seen or heard, that they appear increasingly detached and stupid. Many a career will never recover. The virus has clearly affected the talentless Kanye West, who was captured on film raving like a demented banshee, and announcing his run for the Presidency. Still let’s cut him some slack; half witted he may be, but compared to Trump, he’s a political Titan.

And spare a thought for sweet Meghan: has there ever been a more pointless person? Never has our Queen shown more perspicacity . The Sussexes as they like to be called, have adopted the Royal protocol of having their views voiced through a spokesperson. For them it no doubt elevates their status. The problem is how it manifests in a sea of utter drivel. Take this weeks promulgation - “They (Sussexes) want to see positive and substantive change happen in this world, and they want to lift up the voices and platforms of dynamic and diverse leaders of all kinds who are already making that change a reality.”

One can barely find the words to express one’s contempt for this pretentious tripe - well I can, but this is a family paper.

And Harry came down from Mt Sinai and said ‘behold my mighty hand you plebs, thou must not take holidays abroad and use aircraft. Only I can do so, for am not like you blah blah!!


Also by Christopher Jackson...
Land Of Woke And BoringBanks - The Bellwether Of All That’s Changed For The WorseTo Boldly Split Where No Man Has Been Before2021 - The Death Of Common SenseFrom One Gammon To Another
How lucky are we to have them batting for us Plebs and making our world a better place. As I said, pointless. Meghan, a C - list actress; not someone who has achieved anything of note, nor broken down any barriers. Neither does she have a prodigious talent. But step aside Kanye, Meghan is thinking of running for President too. And yet, despite my mocking, she has the last laugh due to numpties out there who’ll aggregate and pay her £millions for 30 minutes of cliched glib speak. Then we have Lady Colin Campbell who clings to her title though it was legitimately hers for less than a year, when Lord Colin Campbell divorced her on finding she had been raised as a man. A former ‘I’m a Celebrity’ she writes her so called informed stories about Lady Diana, or the Sussexes, and yet more sad numpties line her pockets buying garbage peddled as truth. And now we read of ‘Finding Freedom’ -yet more garbage - are they behind it or are they not ? Tosh! Nothing other than nonsense given the veneer of truth by the usual ‘close friends said’ or ‘sources close to’ or ‘royal watcher alleged’. Going to LA to get away from the pressures of Royal Life is perhaps the best exemplar of reductio ad absurdum one could imagine.

At this juncture you may feel nothing has changed, but I think it has. The pathetic cravings of celebrities who will say anything just to stay in the public eye in these strange times, are now exposed as just that - pathetic.

Another complete airhead, Ellen De Generes at least seems to have been rumbled. Gawd knows why anyone would follow her, but that irresistible urge to tweet something lead her to stating that being Covid confined to her $27 million mansion was like being in prison. What might have been laughed off as a witty aside pre- pandemic, has been exposed as being insensitive in the extreme and simply dumb. In fact, the term pandemic should be hijacked with the emphasis placed on panning!

So as we emerge into the light of a changed and somewhat chastened world, we can perhaps look forward to the death of the ‘sleb’. Or at the very least, a discriminatory result, in which self promoting c-list types who are famous just for being famous, finally get extinguished in an atmosphere to total apathy.

Finally a sea change has come; the seriousness we’ve had to show, and the sobering nature of life right now, has brought these vacuous celebrities into sharp and not very flattering focus. It’s all too ineffably ghastly to bear. However, help is at hand. Covid -19 seems set to rewrite the world of the celebrity and not before time. Amen to that.