'I Don't Know Who I Am Anymore': All In Her Head By Nikki Smith

‘The finest thing in the world is knowing how to belong oneself’. Michel de Montaigne might not have cut it as a psychiatrist, if these words were meant to comfort tortured souls dislocated from their own frail sense of self by dint of psychogenic or post-partum psychosis. Nikki Smith’s debut is no more comforting; however, it is a deftly rendered psychological suspense thriller and a delightfully disturbing gem.

From the prologue’s sinister first sentence to the novel’s shocking final line, this reader was ensnared by Smith’s mesmeric forces, pulled ever deeper into her book’s unmoored realities, menace laden ambience and divinely diverting plot. Dante Alighieri said, ‘abandon hope all ye who enter here'…Smith’s debut could come with a similar disclaimer, with a few additional words tagged on…’But do expect to enjoy a scintillating ride’!

Our first steps into Smith’s finely crafted plot take us In Medias Res to a defining moment - a suicide attempt, shared in the first person, present tense. The story draws its unsettling substance from understanding this moment, its context and background. Our two chief protagonists tell their own unexpurgated version of events. The lives of Alison and Jack, once happily married and very much in love, have unravelled, becoming nothing more than a deleterious amalgam of manic obsessions, pernicious paranoia and unacknowledged traumas.

A cat and mouse tale unfolds like a coiled, venomous serpent, its eyes sparkling with menace and its words spoken with a forked tongue. The reader attempts to complete a complex jigsaw puzzle without the luxury of a picture to guide their innocent efforts. Our marvellously manipulative author forces us to doubt the veracity of her puzzle’s jagged pieces, relentlessly undermining our understanding and drawing us ever deeper into the novel’s malevolent, but alluring wormholes.


Also by Paul Spalding-Mulcock...
Review: A River Called Time By Courttia NewlandAn Interview with Alice Ash - Author of Paradise Block‘ …Really Real Poor People, Surviving Alone Together’: Paradise Block By Alice AshForgotten History, Contemporary Truths:The Tainted By Cauvery MadhavanInterview With Catherine Menon - Author Of Fragile Monsters
Is Alison delusional and losing her besieged mind, or are her worst fears prudently rooted in the fractured psyche and emotional distress of her once loving husband Jack? With a multiplicity of mutually exclusive explanations, what and who to trust become insidious questions, sabotaging Alison’s sanity and simultaneously drowning the reader’s belief in their own understandings and conclusions. The result is a plot as circuitous as it is captivating and a story which absorbs us in its dissembling, beautifully artificed twists. Smith keeps us riddled with doubt in our judgement, submerging us vicariously into the uncertainty and distortion haunting the novel’s characters and their truths, misunderstandings and lies.

The psychological suspense thriller genre has of course given us the likes of Mary Higgins, Gillian Flynn and Stephen King to name but a few of its consummate practitioners. The protagonists within this beguiling literary form are reliant on their mental resources, whether it be by battling wits with an antagonist, or searching for equilibrium in their own bedevilled minds. Such tales are often told through the viewpoint of psychologically disturbed individuals exhibiting ‘a dissolving sense of reality’ and often focus upon tortured relationships between obsessive, pathological characters. Mystery, drama, paranoia and pernicious menace stalk their pages, suspense and ambiguity precipitating palpable tension.

All In Her Head employs many of the tried and tested literary devices of the psychological thriller, purposing them with adroit vim. Hitchcock’s ‘MacGuffin’, William Cobbett’s ‘red herring’, Poe’s exploration of criminal insanity, combine with the authorial stalwarts of unreliable narrators and finessed plot twists to give this impressive debut, artistic provenance and creative force. In understanding the conventions of a demanding genre, Smith has found an authentic authorial voice for her own gloriously dark mind.

The novel’s chief virtue is its intelligently constructed plot, ably supported by the wily use of a myriad literary devices, each executed with informed panache and spirited gusto. Freytag’s Pyramid, cooked up to chart the structure of tragedy in 1863, is both observed and confidently ignored. Smith structures her book to take advantage of almost every technique defining the suspense thriller and has artfully melded these into something rather special.

The prologue grips us from the off. Echoing Gillian Flynn’s Gone Girl, we are instantly sucked into an irresistible vortex of tragedy and erroneous assumptions. The scene we witness on the first page is played out once again on page 233, this time illumed by context and subliminal truth. The duel person, alternating first person narratorial voices of our protagonist’s, slide from one temporal point to another, moving between the ‘Then’ and the ‘Now’ with disconcerting ease.

Wilkie Collins’s influence is intimated in so much as Alison’s identity is tethered in the past and set adrift in the present. Louise Candlish’s, The Swimming Pool foreshadows Alison’s own loss of reliable recall. Agatha Christie’s, And Then There Were None created a climate of visceral, contagious paranoia and Smith employs this same device with aplomb. 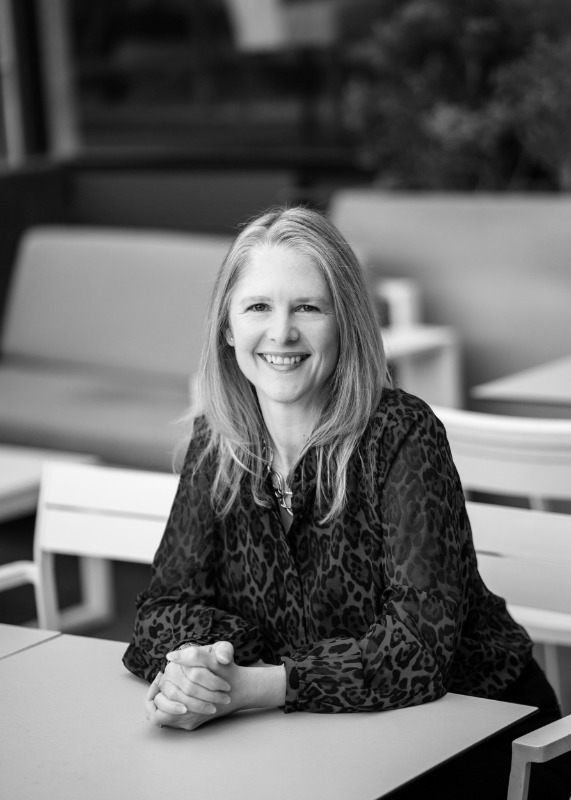 Nikki Smith
Multiple interdependent, clinically meshed timelines cleave the novel into three distinct parts with a denouement innocently ascribed as ‘Afterward’. A linear plot progression is eschewed for the far more effective device of non-sequential, fragmented distillation. As various aspects of Alison’s and Jack’s story emerge from the murky waters of repressed memory and manufactured truths, we move with pace through the novel’s conspicuously misleading hall of mirrors. Understandings slot into place, but their corollaries only serve to further refract reality, not solidify it.

Reminiscent of Stephen King’s Misery, the novel’s action progresses through the subjective prisms of two characters, architecting a world as claustrophobic as it is deceptive and invidious. For me, Henry James’s The Turn Of The Screw serves as the inspirational force behind the novel’s rhetorical strategy, allowing Smith to mine ambiguity for suspense, shock and tension. Smith skilfully reflects Paula Hawkins’s ability to shatter her protagonist’s reality by the jagged courtesy of a sudden understanding, a technique used to devasting effect in The Girl on the Train.

Moral ambiguity is dextrously manufactured, again putting this reader in mind of Flynn’s Gone Girl. Even Daphne du Maurier’s Rebecca, with its undisclosed historical menace, permeates the pages of Smith’s disquieting tale. We find ourselves wanting to understand the past in order to interpret the present. Smith hints at something nefarious leeching the present of its certainty, drawing events not forward but regressively to their malfeasant origins.

The novel’s osmotic tension is derived from the protagonists’ and the reader’s inability to navigate the blurred semi-permeable demarcations between empirically uncompromised historical fact and repressed, psychological trauma. As each chapter unfolds, the path to resolution becomes less distinct and ever more treacherous, metaphorically littered with the ghosts of Alison and Jack’s ugly childhoods. Strewn with sensitively wrought plot twists, travelling through this book is rather like swimming through a shark infested ocean at night!

Smith modulates her prose to ensure realism suffuses the novel’s tense world. Language is used to elucidate character, cleverly remaining an inconspicuous force of narrative distillation. Consequently, ornamental prose or overblown imagery never threaten to dislocate the reader’s acceptance of the book’s deformed realities. Emotional impact is not attenuated by the novel’s utilitarian prose, it is in fact accentuated, given relatable resonance and subtle potency.

All In Her Head is not merely a meticulously well-constructed thriller, it is also a book animated by moments of tenderness, tarnished regret and the muted echoes of shared longings, reciprocated affection and personal yearnings. Because Alison and Jack leave the page, so does their ennui, fear and unrelenting angst. We morbidly turn the book’s pages in hungry pursuit of reading pleasure, Smith’s authorial hook deeply embedded in our metaphorical lips.

However, we also become reluctantly concerned for our protagonists’ wellbeing, irresistibly pulled through its story by the forces of intrigue and compassion alike. This emotional substructure only serves to ratchet up the novel’s cunning propensity to genuinely disturb, shock and unsettle its reader. Consequently, we do not sit above the gripping plot, dispassionately observing the plight of our protagonists. That would give the reader an easy ride and Smith, like the fiendish designer of a white-knuckle roller coaster, wants our palms to be sweaty and our febrile pulses to race.

With the above in mind, Smith permeates her ingeniously structured gripping yarn with a provocative array of dark themes. We explore the fragility of solipsistic truth, the wraith-like nature of personal identity and trust, both revered and abused. However, Smith’s masterstroke is her exploration of post-partum and psychogenic psychosis and their attendant perfidious demons, namely extracampine aural and visual hallucination, delusion and schizophrenic paranoia.

Both Alison and Jack have an elevated susceptibility to psychosis for entirely different reasons. Both share childhoods marred by mental trauma and both must face the consequences of a psychologically damaged mind. Again, the reader must explore the book to determine who is sane and who is not, who is morally culpable and who is an innocent victim, or misguided saviour. Smith’s assiduous research and marvellous technical orchestration, squeeze every last drop of tension from her much misunderstood and stigmatised thematic ore. In mining post-partum psychosis, Smith gives her dark novel a warm heart struggling to manifest through an occluded mind.

Rather like an uncomfortable seat at the opera, the small coterie of thinly drawn supporting characters, does fractionally impinge upon our enjoyment. Ironically, these players in Smith’s drama suggest to me that she has not entered their heads, their verisimilitude compromised by that absence. Their role, though, in Smith’s lucid nightmare is minor, and therefore so is my criticism.

So, a near faultless psychological thriller, written with zeal and dextrous brilliance. Nikki Smith’s absorbing debut is a tour de force and a book I adored, despite its denouement leaving me nearly as unstable and discombobulated as its wondrously rendered protagonists!


All In Her Head is published by Orion Fiction
More in this series...
Review: Lightseekers By Femi KayodeAn Interview with Alice Ash - Author of Paradise Block‘ …Really Real Poor People, Surviving Alone Together’: Paradise Block By Alice AshInterview: Neema ShahKololo Hill By Neema Shah: A ReviewInterview With Catherine Menon - Author Of Fragile Monsters‘Ghosts Everywhere I Look. Ghosts Everywhere I Don’t’: Fragile Monsters By Catherine MenonInterview: Bethany CliftLast One At The Party By Bethany Clift: A Review'There Is No Such Thing As Fate, Because There Is Nobody In Control': My Name Is Monster By Katie HaleInterview With Frances Quinn - Author Of The Smallest Man'A Hero Of Our Time!': The Smallest Man By Frances QuinnInterview: Thomas McMullan, Author Of The Last Good ManReview: The Last Good Man By Thomas McMullanInterview With Nikki Smith - Author Of All In Her HeadHannah Tovey: An InterviewInterview With Cat Walker - Author Of The ScoopThe Education Of Ivy Edwards By Hannah Tovey: A Review99 Not 42!: The Scoop By Cat WalkerInterview: Natasha Randall - Author of Love Orange