Last year I reviewed The Wild Laughter by Caoilinn Hughes: a rapturous triumph offering its reader tender-hearted truths couched in scintillating, electrified lyrical prose; Its story transmitted from the page as though a palpable humming current, arcing and sparking in search of an earth within the reader’s mind. Catherine Menon’s debut novel, Fragile Monsters is deserving of much the same description and is an astonishing demonstration of authorial virtuosity and dextrous brilliance, made all the more staggering by dint of being a first outing!

Within its rain-soaked, humid pages, like Hughes’s novel, it too explores the delicate interplay between the need for stories and the need for truth. The stories we tell ourselves and the ones we choose to believe or deny…

Steinbeck said, ‘Maybe the hardest thing in writing is simply to tell the truth about things as we see them’. Virginia Woolf said, ‘Fiction is like a spider’s web, attached ever so slightly perhaps, but still attached to life at all four corners. Often the attachment is scarcely perceptible’. For me, Menon has mined humanity’s proclivity for atavistic, habituated myth and mystery, juxtaposing this with the cosmopolitan imperative for and worship of epistemic empiricism.

Personal identity is never fixed or rooted in unassailable truths. It is mutable, organic and the product of forces both seen and unseen. Neither does identity sit marooned on an arid desert island distinct and separate from that surrounding it. We are the product of our pasts just as undeniably as we are the creations of our own self-determinative impulses and ethnocentric paradigms. Fragile Monsters explores this truth with magical charm, heartwarming insight, wit and a narrative as absorbing as it is meticulously architected. A story about the power of stories and what happens when facts and fiction grind together like a screeching gearbox no longer oiled by ignorance, denial or aporia.

Menon’s story is set in Malaysia, spanning the decades bridging 1920 to the retrospective present of 1985. Our protagonist Dr. Durga Panikker is a thirty-year-old maths professor born and raised in Malaysia, but whose adult life was spent in Canada. Securing a post at Kuala Lumpur University, she decides to visit her ‘Ammuma’ or grandmother in order to celebrate Diwali at her former childhood home in Pahang. A ramshackle house built by her grandmother’s father sprawls across the riparian land surrounding the mighty Jelai river and houses Mary, Durga’s abrasive grandmother.

Let’s just say that Mary is a saturnine entity, cloaked in self-preservatory mythomania and mysticism. The miasmic tendrils of grief, longing, loneliness and suffering have warped Mary but made her both resolute and ugly like a gnarled ancient oak shaped by the capricious forces of nature and time. A battle of identities and truths, of facts and fictions forms the core of our captivating tale.

The plot segues between Durga’s urban reality with its attendant credos and conventions and the childhoods of Durga and her relatives, especially that of her eccentric grandmother. Both women attempt to rekindle a bond fractured by mutual misunderstanding and the passage of time. Mary’s sententious ‘rubber-estate‘ enriched musings and pronouncements spew from her warm heart, but all are filtered through the razor-sharp blades of her tragedy weary brain.

Mary has used the power of imagination to forge a refracted version of reality in an attempt to reconcile a balance sheet heavily defaced in red misfortune. As Durga interacts with her strident granny, she transitions from a purblind understanding of herself and her past, and the reader intimately witnesses the trials and tribulations of a country besieged by war, racism, natural disaster. As our story flows through the river of time, we ride through the callous currents of leprosy, segregation, abandonment, drownings and nature ‘Red in tooth and claw’.

Against this tumultuous panoply of personal and impersonal tragedies, Durga slowly begins to assemble the fractured, translucent shards of her known truths, anxiously reforming these, not into a semblance of reality, but a brutal yet tender reflection of it. As her own identity dissolves like powder in a glass of water, she paradoxically gains definition by amalgamation, her world expanded and transformed into something larger.

Structurally, Menon achieves her blended narrative by alternating the locus of her story between eight days spent in Pahang in 1985 and several vivid vignettes, each focussing upon the years between 1922 and the present day of 1985. This alternating between the here and now and episodes from Mary and Durga’s past immerses the reader in a nation’s history and simultaneously disinters the ‘ghosts’ haunting both women’s lives, for ‘Grief strolls underwater in Pahang’. Such a technique can be at worst clunky and disorientating, however in Menon’s deft hands it serves to crystallise rather than calcify the story and its revelatory reverberations. 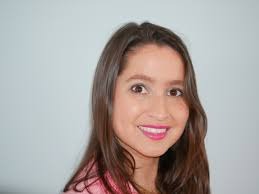 Catherine Menon
The thematic load of the story is washed through every word and punctuation mark printed upon the book’s pages. Epochs are examined through minutely detailed and vividly transcribed events, all saturated by common motifs and profound humanistic truths. Much like rocks on a river’s bed, Menon’s themes remain constant as the animated waters of her story flow over them. The story may move from decade to decade, but its messages remain constant.

Fragile Monsters unflinchingly examines personal identity, the power of historical calamity to blend truth with fiction and the ineluctable nature of loss, and sacrifice. It wrestles with the potency of place and culture as architectural creators of perceived reality and attempts to reconcile mysticism and spirituality with the cold hard calculus of mathematically adduced fact. Consanguine fidelity and friendship is microscopically scrutinised, as are betrayal, beatification of baseless lies and antagonistic tension uniting and dividing the past from the present. Perhaps we can also see the book as a modulated musing upon love and its power to deform and vitiate character and reality, whilst also nurturing even the most tormented psyche or unmoored soul.


Also by Paul Spalding-Mulcock...
“Love Is The Magician That Pulls Man Out Of His Own Hat”: A Marvellous Light By Freya MarskeExpecto Resurrectionem Mortuorum:The Gift - Book 1, Eleanor, by R. A. WilliamsLittle Liar Boy - A Hall Of Mirrors StoryThe Devil's In The Detail: Johannes Cabal The Necromancer by Jonathan L. HowardAn Audience With The Devil - A Hall Of Mirrors Story
Characters are rendered with nothing short of virtuosity and éclat. Chekhov would approve of Menon for her novel’s protagonists exemplify his saying, ‘show do not tell’. Durga is an intricately detailed creation, as convincing as a home truth. However, it is in Mary that Menon really triumphs: ‘Ammuma’s never talked about those days, not straight out. She only ever mentions the war in opaque, allusive words – sometimes even in Tamil or Malay – as though if she tells it differently this time it might turn out better’.

Encountering Mary is a bibliophile’s dream, for in her portrayal Menon has penned a character with the gravitational force of a black hole, sucking the reader ever deeper into her ‘ghost’ riddled world. The story’s power emanates from Mary’s being and is exquisitely reflected through Durga’s responses, inner musings and vacillating emotions. The trouble is that Mary’s power is based upon untrustworthy sources…’Secrets isn’t it.’ She looks stubborn and mulish. ‘No need for telling secrets’.

Symbolism also permeates the novel with assured, consummate ease. Fire as an agent of accidental calamity and rebellion licks the story’s episodic pages with its destructive flames. Floods leave its page leaves sodden, ‘able to swallow a footprint or a village’. Disease of both the body corporal and body politic ravages both individuals and the volatile society surrounding them. Swamp and jungle counterpoint urban development, whilst arithmetic formulae go toe-to-toe with malevolent metaphysical monsters and their spiritual governance of fate and fortune.

Chief amongst this deliciously wrought circus of symbols and signs, are the ‘ghosts’ paradoxically living within its pages, and infiltrating the psyches of our antithetical protagonists. Drowned best friends, mothers lost forever in a hall of cracked mirrors, ‘the left behinds’, the lepers and the people who have been abused both literally and by the abnegation of personal guilt or its unpalatable resonances.

Ghosts from the past haunt the present, their existence both undeniable and resolute. As such, long since vanished beings continue to puppet the strings of their living kindred, unseen but omnipresent. Durga in a moment of epiphany or perhaps plain old honesty says, ‘Perhaps that’s what I’ve come back to learn; the ghosts in Malaysia are for good. They are fragile monsters, these nothing’s of ours’.

I have saved the novel’s chief delight until the last - Its prose. Lyrical, metaphor laden, simile enriched brilliance. Strictly speaking lyrical prose is an oxymoron, or at best a paradoxical expression. Lyric suggest a class of poetry describing short works articulating the feelings and observations of a single speaker. Prose is by definition not poetry and it can’t be ‘lyrical’. However, what is meant is the notion that prose has an aesthetic quality, a musical cadence and ‘poetic’ characteristics.

Menon splices dialogue unmolested by artifice, with a first-person narrative voice that describes what is seen with infinite elan and care. ‘There’s a coppery tang in the air, like coins fished from a well’ or when describing a nurse’s hair, ‘It’s dry and frizzled, spreading like a broken umbrella around her head. A tiny fleck of dust clings to one strand’. More, she fuses onto her delicate descriptions, each replete with visceral imagery and revealing psychological monologue. ‘Our fight’s left me on edge. I’m trembling, with his sweat on my skin where he held my arm. The lemon-sourness of it makes me want to lick at my wrists, or bite at his’.

For me, Menon’s most captivating capability lies in stitching an apostolic truth or bittersweet pronouncement onto the end of a sentence punctuating her dialogue. Words are gymnastically contorted, combined and wittily re-purposed to give her sentences a scorpion-like sting in the tale. ‘Dead and gone; drowned in the banyan swamp fifteen years ago and nothing to be done about it. She’s a null object. She’s a zero module. She’s the limit of an empty diagram’.

Fragile Monsters is an utter delight. A beautifully written and emotionally rewarding novel, likely to entertain and absorb the hearts and minds of many readers. Menon tells us ‘conclusions are where difficulties start. You don’t like where you’ve finished up, you don’t like how its all been left. And who are you going to blame? The storyteller, that’s who. The mathematician. The monster.’ I’m not blaming our debut storyteller, I am celebrating her shimmering talent and encouraging you to do likewise!


Fragile Monsters is published by Viking.
More in this series...
Review: The Stranding By Kate SawyerReview: You Let Me In by Camilla BruceInterview With Victoria PrincewillThe Traumatic Legacy of Denial: The Sanatorium By Sarah PearseThe Imposter by Anna Wharton: A ReviewGirl In The Walls By A.J. Gnuse - A ReviewReview: Lightseekers By Femi KayodeAn Interview with Alice Ash - Author of Paradise Block‘ …Really Real Poor People, Surviving Alone Together’: Paradise Block By Alice AshInterview: Neema ShahKololo Hill By Neema Shah: A ReviewInterview With Catherine Menon - Author Of Fragile MonstersInterview: Bethany CliftLast One At The Party By Bethany Clift: A Review'There Is No Such Thing As Fate, Because There Is Nobody In Control': My Name Is Monster By Katie HaleInterview With Frances Quinn - Author Of The Smallest Man'A Hero Of Our Time!': The Smallest Man By Frances QuinnInterview: Thomas McMullan, Author Of The Last Good ManReview: The Last Good Man By Thomas McMullanInterview With Nikki Smith - Author Of All In Her Head