Weekend Interview: Chris Glynn On The Wonders Of The Ryedale Festival

Artistic Director: Christopher Glynn (credit Benjamin Ealovega)
Chris Glynn isn’t a marriage planner but as artistic director for the Ryedale Festival he knows how important it is to get every detail right in matching performers and venues.

He has been busy planning this year’s festival and says: “Matchmaking is the key to a successful Festival. It’s about how music works in a particular space and which performer works in that space. It is how to make a nice marriage in every case.”

His aim is to make a memorable experience for everyone, and he certainly doesn’t want his audience “to feel like a concert has just been plonked down in the nearest venue to hand.”


Annelien Van Wauwe
Chatting to Chris one feels his excitement and that he is itching to begin the 2022 Festival. It is obvious he has put an awful lot of thought in arranging the schedule of concerts that run from July 15 to 31.

“Andrew, we have clarinettist Annelien Van Wauwe, playing this year. When I heard her, I thought it would be fantastic to hear her perform in Sledmere House and the repertoire she has chosen will work well inside the house, as the music matches the surroundings and that’s why she is there.”

It’s a captivating programme on the theme of ‘environment’ and includes a stonking 40-part piece by Errollyn Wallen ...
The Ryedale Festival was started 41 years ago by a couple of couples who were musician friends: Geoffrey and June Emerson, and Peter and Alex White, had the idea of launching a small series of local concerts. The first Helmsley Festival brought together more friends and other professional musicians and made an immediate impact on the town and its surroundings. It became so popular that after five Festivals a broader base was called for, and the Ryedale District Council stepped in with the generous support, enabling it to grow. “ 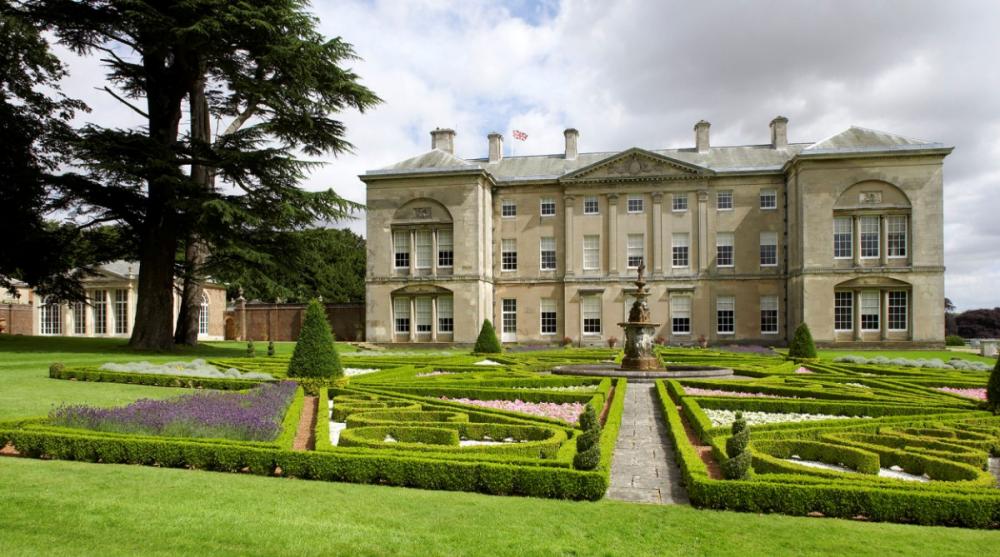 Sledmere House
Castle Howard from the air
Hovingham Hall
Ampleforth Abbey
And for Chris he is enthusiastic about the idea of using so many beautiful venues and locations in Ryedale, adhering to the guiding principle of matching music with venues across Ryedale, between York and Scarborough.

He tells me there are: “around thirty venues in total.
Essentially, they are a mixture of stately homes like Castle Howard, Hovingham Hall, Duncombe Park, Sledmere and many gorgeous churches: Pickering, Malton, Ampleforth Abbey and York Minster to name a few, as well as local arts centres in Hemsley, The Milton Rooms in Malton and The Galtres Centre in Easingwold

It certainly is and as Chris continues with the list of wonderful concerts it demonstrates his understanding that he can highlight the soul of a building through the arts.

“Roderick is doing two song recitals inspired by and dedicated to, RVW. That’s one big element, another is the National Youth Choir which has built a programme around his music. Which will take place in Scarborough.

“It’s a captivating programme on the theme of ‘environment’ and includes a stonking 40-part piece by Errollyn Wallen, a piece specially written for the choir describing the coast and fishing industry in the North East, and an uplifting final number about doing our bit for the environment."


The National Youth Choir
The National Youth Choir
In addition, as one of six world premieres Looking West a specially commissioned concert-theatre work to mark the 150th anniversary of RVW’s birth - whose music has long been a source of inspiration for composer Julian Philips and writer Rebecca Hurst. It interweaves three voices. The overarching story is of the Celtic Saint Bega, who escaped her father’s house with the help of a magic bracelet, travelled across the Irish Sea, and found sanctuary in Cumbria – an act of personal pilgrimage, a young woman forging life on her own terms. A second strand shifts to a 20th century, through the work of the Cumbrian artist Winifred Nicholson, who painted unforgettable pictures on St Bees Head. The final voice is that of a contemporary Pilgrim, making his way cross country, guiding the audience on a shared journey, and struggling with familiar issues of everyday life in contemporary Britain.


Margaret Fingerhut
Chris is thrilled there are so many world premieres. We are both fans of Tarik O’Regan, who with Errollyn Wallen, has written Ancestor for a concert titled A garden of Good and Evil, a programme built around connections and contrasts. “It is quite interesting to have two contemporary composers collaborating and composing a piece for ancient instruments,” Chris says.

“Roxanna Panufnik has written Babylonia for one of our coffee concerts. Margaret Fingerhut is giving a piano recital that will take the audience on a pianistic whistle-stop tour of the globe. Isn’t that great it is all about travel. Something we haven’t been able to do in the pandemic and her recital is based on the idea that nobody has really been able to go anywhere.

“When she tried to find something to represent the Middle East, she felt she couldn't find anything, so commissioned Roxanna to write this piece inspired by the sights and sounds of Saudi Arabia.”


St Gregory's Minster
St Michael's Coxwold
“There is also a joint world premier with the Spitalfields Festival a piece for brass quintet from Callum Au.
One thing that becomes apparent is the commitment that Chris and the Ryedale Festival has on encouraging young people to participate and enjoy what is on their doorstep.

So much so, Chris is working with the Richard Shephard Music Foundation. The last meeting, I had with Richard before his premature death was a lunch at the Alice Hawthorne in Nun Monkton, Nr York, where we were discussing a wide range of issues including how to get more youngsters involved in classical music. Richard was a composer of church music and of operas for children and contributed more to the musical life of Yorkshire than anyone of his generation. 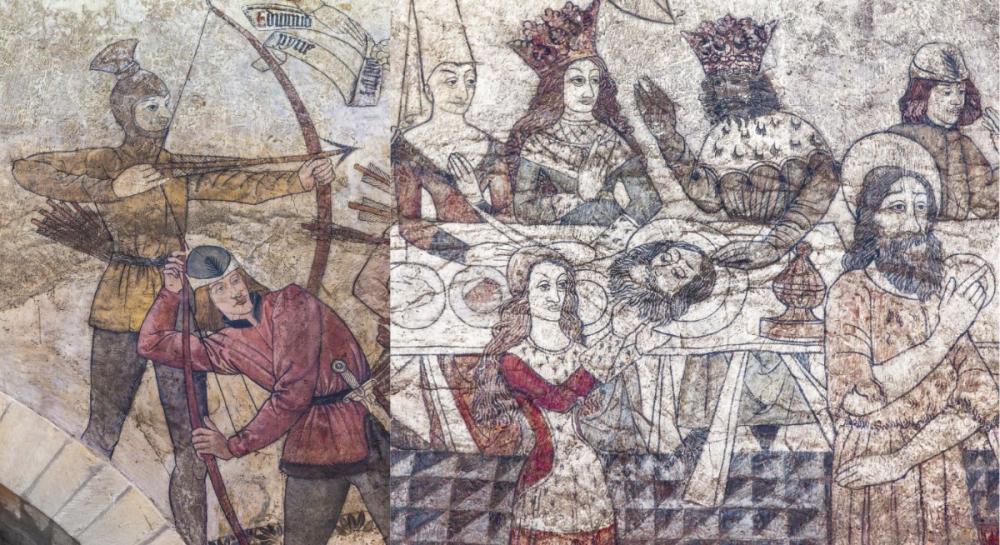 Seven Mercies
“This is really exciting,” Chris says. “A few of us have been working on this project over lockdown and the idea was to create something in memory of Richard. The idea is to bring music opportunities to every primary school child in Ryedale, and then in time, Scarborough, and Middlesbrough. 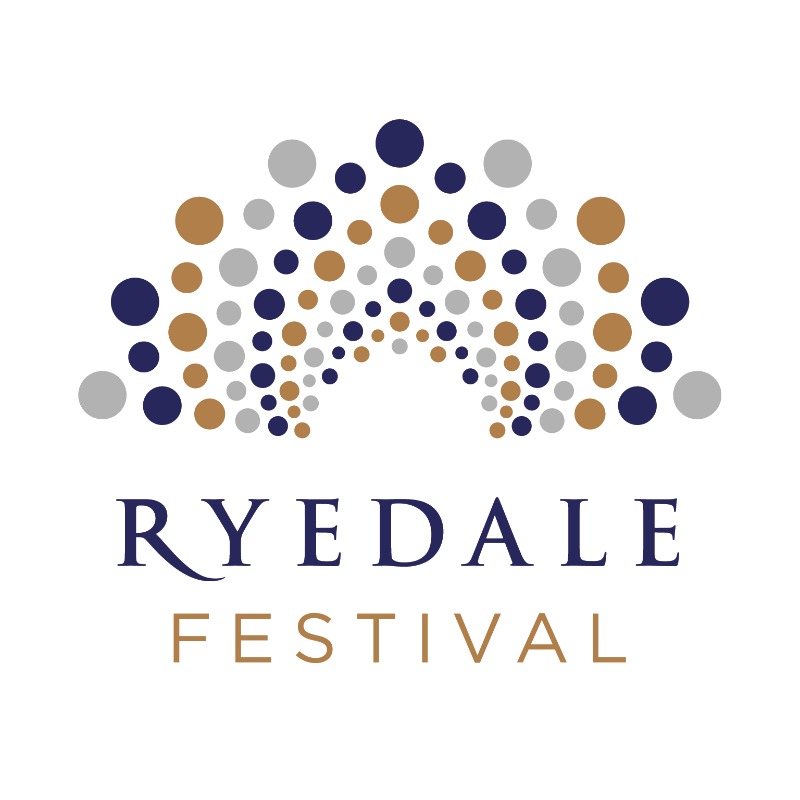 “It is quite ambitious, and we are working closely with the Foundation. We are doing a community song cycle called Seven Mercies by Joseph Howard and written by Emma Harding, inspired by the famous murals of Pickering Church.”

“We are working with the foundation’s Ryedale Primary Schools Choir, and The Festival Community Choir.
“We are also working with the Foundation to help children from across the area attend festival concerts. It’s our ambition to introduce children all over the region to a) the festival and b) classical music.”

“Gosh” is my reply “that’s ambitious.”

“It is Andrew, and the challenges are not just the obvious ones about ticket prices but also about things like transport. We are in a rural area and the Foundation is being brilliant because they are really helping us to help us address thinking about how we can get these children to a venue and home afterwards with all the practicalities underneath it.”


The Kanneh Masons Photo Credit Jake Turney
And it doesn’t stop there; under thirties and first time bookers can get tickets for £10, all they need to do is contact the box office and children can go to anything in the Festival for £5.

I am already impatient to book my tickets although the box office doesn’t open until April 20. As I start to bring our interview to an end I ask Chris what he thinks, besides the beautiful and outstanding venues, the Festival USP is?

“There's a real ambition from the whole festival team to create something that's all encompassing and has that international quality. We want something that is as good as anything you would find in the e big metropolitan areas but in a local and regional context."

Our ambition is to create something that is special that is on the doorstep, so people who live in Ryedale don’t have to go to London or Manchester or wherever to see an international level performance.

And to finish I ask probably a tricky question asking Chris to choose the highlights.

“What’s special for me are the people and the place, a combination of those two things. The locations are incredible. I have been artistic director for a while now and there is no sense, I have exhausted all the possibilities around locations and venues. The people are an amazing group who really work hard to make up top quality local festival.

“I’m pleased that the Kanneh-Mason family are performing in our opening concert. I wanted them there because they are the best thing in classical music at the moment. At the other end of the scale, we have Dame Janet Baker in conversation with Edward Seckerson and Stephen Kovacevich giving a Beethoven, Schubert, and Berg recital. Two absolute living legends.”


Dame Janet Baker
Stephen Kovacevich
It is an extraordinary line up 52 concerts involving over 300 performers one could say a harmonious musical marriage celebrated in some of Ryedale’s quietest and most beautiful corners.