Weekend Dining: Fishing For Compliments – No Problem – A Superb Experience 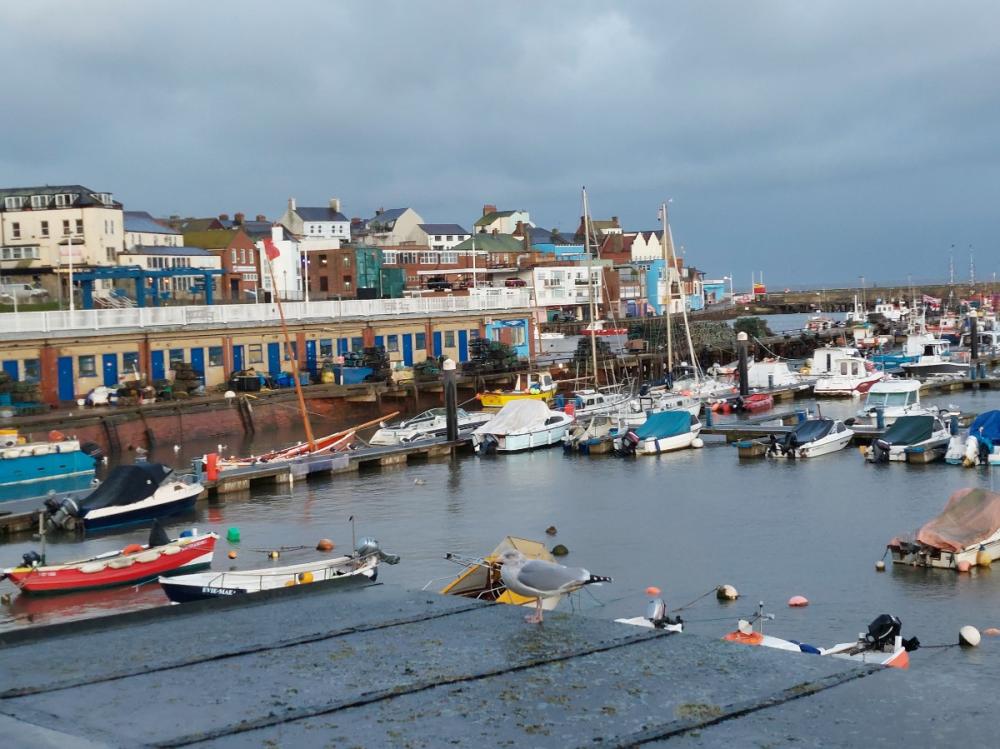 Travelling to Bridlington in the wake of Storm Arwen as the heavens were darkening across the Yorkshire Wolds, I did think to myself I hope this trip is worth it.

Parking outside Salt on the Harbour, which has just reopened after a £250,000 investment including a full building refurbishment, the weather, along with my spirits, lifted.

The artistic vista was mesmerising, in fact, I stopped thinking about the pressures of the day to watch the activity across the harbour before the sun dramatically and quickly disappeared, revealing yet another rewarding wonderful night-time view of the harbour.


The refurbishment has been tastefully and comfortably done plenty of space in the bedrooms making it a suitable place to stay for a weekend or base yourself for a longer visit.

I knew before arriving that being a Wednesday, the a la carte menu (Thursday to Sunday) was not available, but I was not disappointed, the general menu still had a number of rich culinary delights. Sitting downstairs the dining room jutted out into the harbour so it felt one was sitting on the water, especially as it was the end of high tide. The ambience was warm and if the weather had been kinder, it would have felt like one of those small Mediterranean restaurants you happen upon by chance, situated close to the sea, where one enjoys a glass of good wine, eating a plat des fruits de mer whilst watching the comings and goings in the harbour.

Helped by Denholm acting as front of house, not only knowledgeable about the menu but the history of Bridlington, I chose the ‘wildcard’ option for a starter, a crab trifle, replacing the Signature Bridlington Bay Dressed Crab Salad. It was certainly colourful with the tomato and guacamole giving the layered trifle appearance. The spring onion was a rather nice addition and the white and brown crab meat permeated through the other flavours balancing the dish perfectly. As the wildcard alternative it was a big hit. The Bridlington Bay Lobster Salad came as did the crab with some nicely dressed salad leaves. 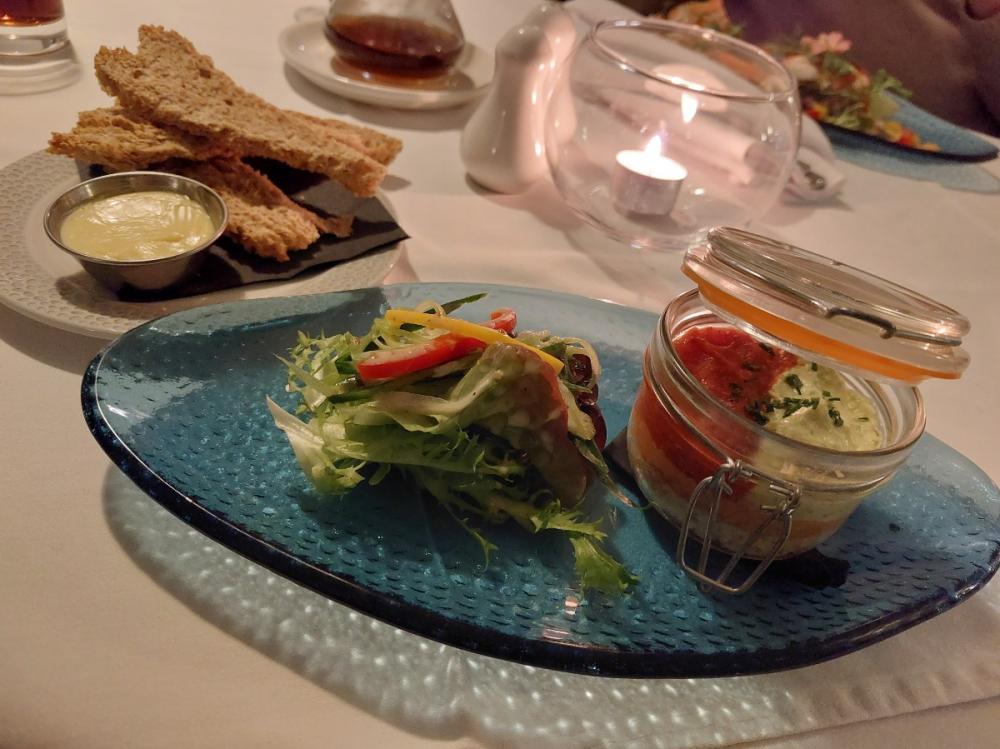 Local entrepreneur and restaurateur Michael Harrison has put his money where his mouth is and supporting Bridlington's lobster, crab, and fish industry as local food producers. Other starter dishes included: soup of the day (white onion and cider) a classic creamy fish and shellfish chowder, devilled Whitebait and Salt special Lindisfarne, Northumbrian Oysters (3 - £7.50, 6 -£13.50 or 12 - £24)

For summer entertaining this is an excellent choice as there are a trio of champagnes to accompany the oysters, including: Laurent-Perrier’s signature champagne La Cuvee (£60 btl), an iconic rosé (£85 btl) and a Krug Grande Cuvee (£225 btl).

If the starters were hard to pick, the mains proved equally as difficult.

It’s nice to see old traditional favourites mixed with innovative ideas. When was the last time you went to a fish restaurant and noticed a creamy prawn and cod masala curry on the menu? There was also a seafood lasagne, Moules Mariniere, alongside Lobster Thermidor (Half £17.95 - Full £32). “We buy and source all our crab, lobster, and seafood right here from approved dealers in Bridlington harbour - you can see it landed right outside. We are totally committed to providing the very best quality, locally landed seafood,” said Michael Harrison.

It's part of the appeal of Salt that the ingredients are sourced locally.

"We look into what goes into our meals very, very closely and are prioritising buying locally and reducing our food miles at all times, which means Yorkshire reared beef and lamb.

"If it's not produced or grown right here in Yorkshire we look as close to home as possible - our oysters are Northumbrian.”

"The fishermen are pleased we are backing it, too - especially considering the difficulties the fishing industry has faced with Brexit-related exports and also creating new markets for shellfish in the UK's hospitality sector."


The half thermidor was well prepared the meat just right - it’s obvious from presentation and taste that the chefs know what they are doing. The rich, thick lobster bisque complemented the dish and gave it an authentic French feel. The star of the evening was the curry, matched perfectly with a French Sancerre Domaine Duran the two went in harmony together. It came with pilau rice, a crisp fresh popadom and mini well-cooked naan breads plus an extra addition: a small dish of curry roasted small baby carrots. The subtly of the spices from the cardamon seeds in the curry to the fresh prawns and flaky textured cod gave a new meaning to flavoursome. As for the baby carrots coated in madras powder with a hint of cinnamon, they were, to use a phrase I don’t often write, to die for. 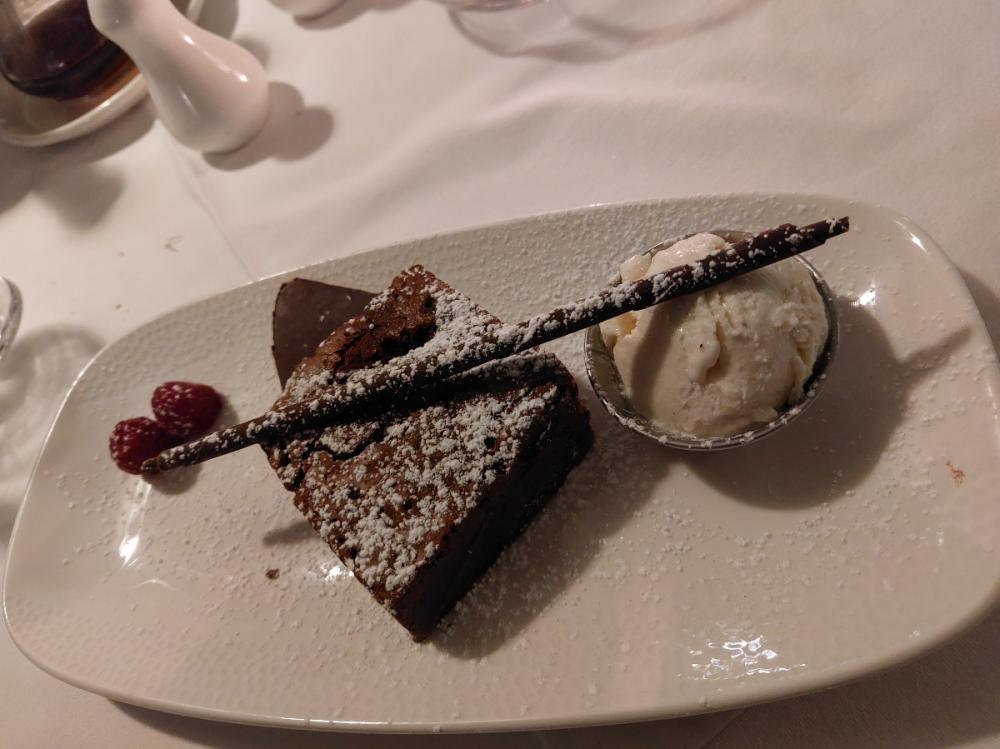 A wintery shower was closing in and watching the sleet silhouetted against the harbour lights made a desert even more plateable. Rounding off the experience was a splendid Baileys Crème Brulé served with homemade shortbread and a chocolate brownie with a delicious vanilla ice cream, although it could have done with a little chocolate sauce.

After a fine meal I retired to the room and watched the activity still going on around the harbour, with the tide now out someone was checking the boats were secured firmly.

The following morning, with a light dusting of snow reflecting in the bright winter sun, the view once again caught the imagination. I could imagine T E Lawrence being inspired, musing and gathering his thoughts as he took in everything that was going on around him. The breakfast was as good as the meal the night before with an equally attentive waiter on hand.


Any worries on my drive over, whether the trip would be worth the long drive, soon dissipated. I will return for the a la carte menu.

However, I think a quick return would be the best bet because I predict Salt will become a victim of its own success; it is excellent value for money, has a good front of house and tasty, creative dishes prepared by some fine chefs. 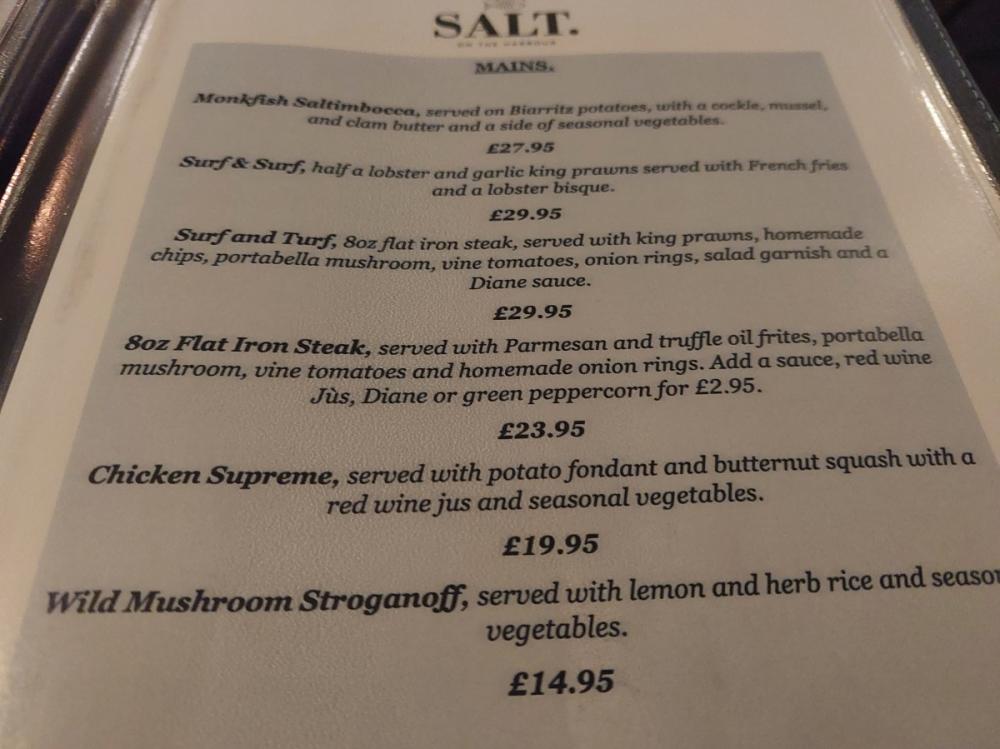