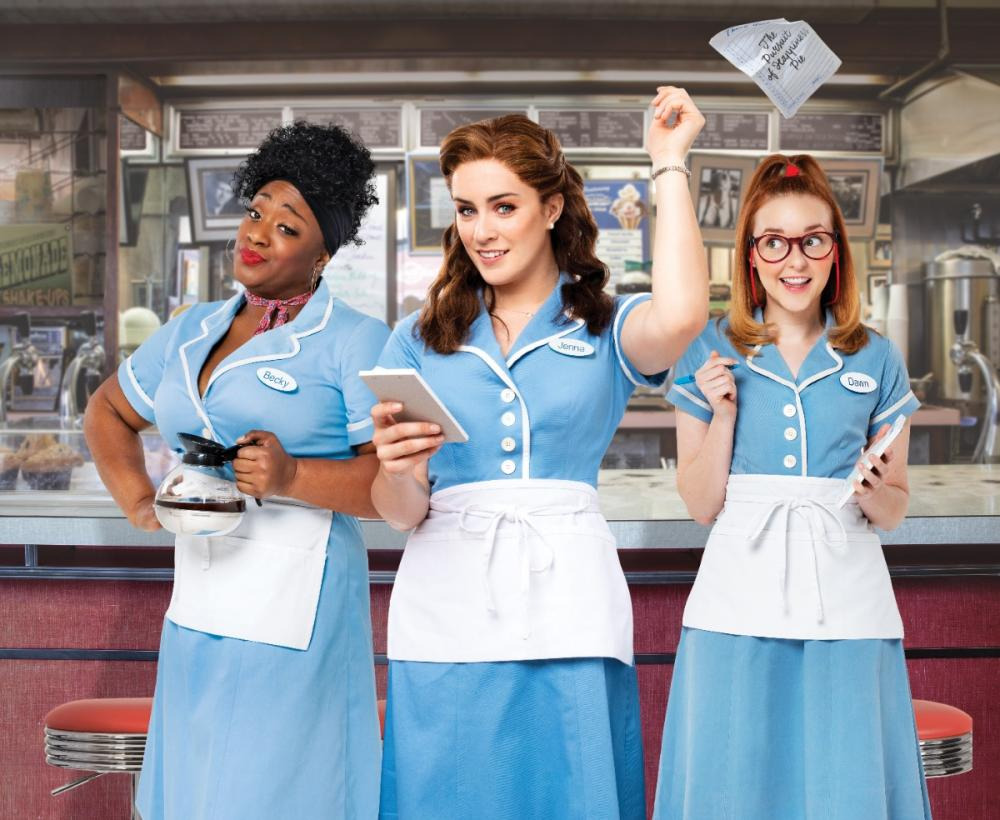 Waitress, an unlikely topic for a musical, but as it wrestles with issues that have galvanised mankind since time immemorial – loneliness, female empowerment, friendship and other themes- it is hardly surprising that writers, Jessie Nelson and Sara Bareilles, have been able to now relax and watch the pounds along with the awards roll in.

This offering at the Sheffield Lyceum is Broadway’s first ever musical staged using an all-female production team: written, produced and enjoyed by women the world over.

However, this is not to suggest that men are excluded from the show which is certainly not the case, for it is not only laced generously with a variety of theatrical ingredients, but it is also humorous and well written, if for me lacking that one musical number that I can remember sufficiently well to be able to hum in the car on the way home.

Musical theatre buffs will understand what I mean as they would easily be able to sing a tune from shows such as Oliver or Oklahoma. Although in fairness those shows have been around a long time and if Waitress is able to gather some traction, then there’s no reason why the score will not become as well known and popular.

Not having seen the show before I was keen to listen to some new and unfamiliar lyrics but, from the beginning, the small band seemed to overwhelm the cast and, for a while, it felt like a competition as to who would be heard. Just as I thought that the vocalists and musicians had begun to find a more natural balance, the musicians came back in force and so, in truth and much to my disappointment, I lost some of the show as I couldn’t clearly hear the lyrics. Perhaps this is something for the production team to review?

Despite this musical intrusion the cast were brilliant and shone brightly.

Lucie Jones as the main protagonist, Jenna the young waitress pregnant to an egotistic red neck but trapped in a loveless marriage, has travelled far since her X Factor triumph in 2009. She is a fine actress with a superb voice.

However, every lead is only as good as her ‘wingers’ and she had two stunners in Evelyn Hoskins and Sandra Marvin playing her fellow waitresses, Dawn and Becky, the former being somewhat meek and ‘mousy’ until she discovers love in the shape of the geeky Ogie (George Crawford) who is a fabulous character actor and Becky somewhat busty, brassy and brilliant.

Waitress tells the story of Jenna, an expert pie-maker who dreams of happiness. When hot new medic Dr Pomatter (Matt Jay-Willis), arrives in town both her world and his are turned upside down.

Each of them are married and not to each other, so life inevitably becomes very complicated.

Waitress is a soft, gentle, reflective musical, it makes you think and, as you giggle away to yourself, you may also experience a moment of reflection as you realise there are many, many Dr. Pomatter’s and Jenna’s in the world.

Hopefully, like Jenna, they too will come to realise that laughter, love and friendship can and do provide the perfect recipe for happiness.

Waitress speaks a universal language and, as soon as I have listened to the lyrics I missed tonight, I feel sure that I too will roll out some superlatives but, for now, long-term judgement is reserved. It has all the hallmarks of a great show and was well received by a full theatre, but for me on this occasion, it was a production with some technical issues.