Weekend History: Heads Up On Henry 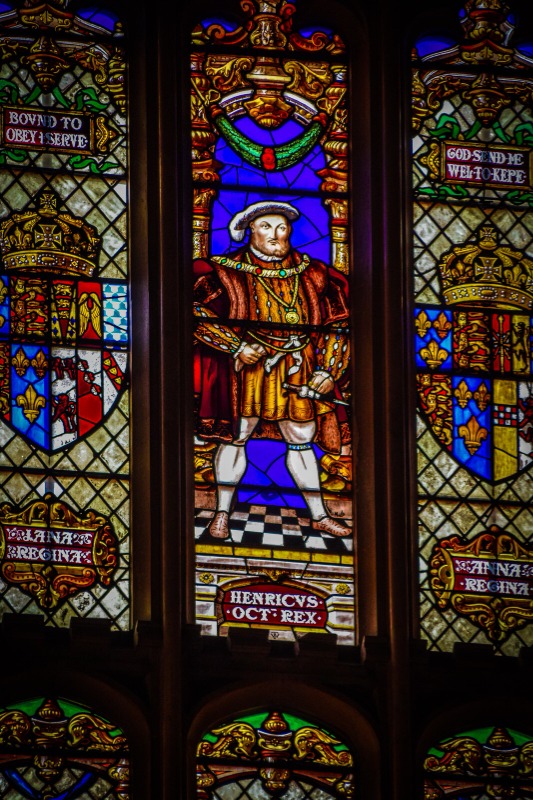 tom-podmore-U3xRdlt5vV0-unsplash
Five hundred and thirty years ago on Monday (28th June) , a child was born at Greenwich Palace who would become one of the most famous monarchs in English history, King Henry VIII. Former primary school teacher Laura Steele of education resources experts PlanBee is here to refresh your knowledge of this infamous Tudor king

Who were the Tudors?
The Tudors came to power in 1485 when Henry Tudor defeated King Richard III at the Battle of Bosworth. This was the last battle in the Wars of the Roses which saw the Lancastrians and Yorkists battle for the crown. Henry Tudor became King Henry VII, and his children and grandchildren ruled the country for 118 years.

Those wives
Catherine of Aragon

Catherine had been the wife of Henry’s older brother, Arthur, who died less than six months after their wedding. She married Henry in 1509 when she was 23, and Henry just 17.

Catherine had six children with Henry, but only one, Mary, survived. By 1525, Henry started to believe that his marriage to Catherine was cursed, and that he shouldn’t have married his brother’s widow. In addition to wanting the son that Catherine couldn’t give him, he also had his eye on another woman, Anne Boleyn. The Pope wouldn’t allow a divorce, so he broke away from the Roman Catholic church to create the Church of England.

As head of the church, he was able to divorce Catherine. Their marriage was finally annulled in 1533 after 24 years as man and wife.

Anne was brought up in the French court, but returned to England in 1522. After Henry’s marriage to Catherine was annulled, he married Anne. Anne was pregnant, and Henry very much hoped she would give him the son and heir he so desperately wanted. On September 7th, 1533, Anne gave birth to a daughter, Elizabeth. Henry was bitterly disappointed.

He turned his attention to another lady of the court, Jane Seymour. Henry wanted to marry Jane, but he was still married to Anne. Thomas Cromwell, Henry’s secretary, looked for a way to solve this problem. Cromwell accused Anne of having affairs with other men whilst married to the king. She was put on trial and found guilty of treason. Anne was executed on 19th May 1536 at the Tower of London. 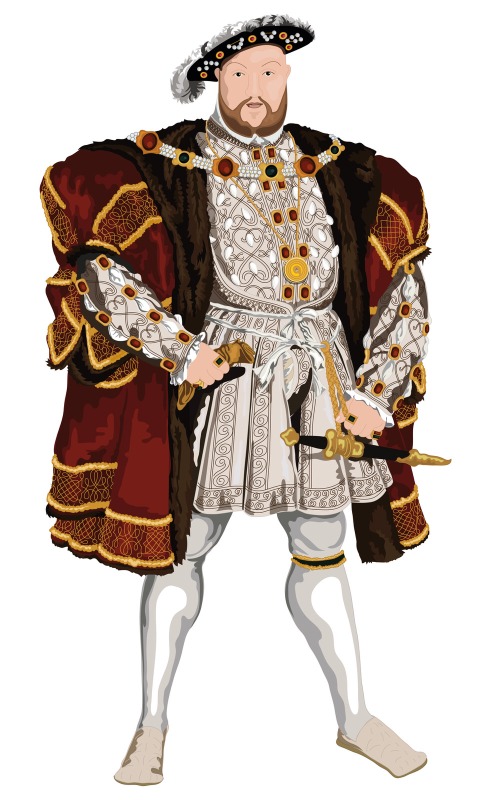 AdobeStock_354421110
10 Fascinating Facts about Henry VIII
Henry never expected to be king. When his older brother, Arthur, died of the ‘sweating sickness’ in 1502 at the age of 15, Henry, then aged 10, was suddenly next in line to the throne.

Henry was over 6 feet, which was extremely tall in Tudor England.

He was healthy and athletic in his younger years, and loved to joust and hunt.

He could speak Latin, French, Spanish and Greek.

Henry played a variety of wind and string instruments and was also a composer.

Henry was a big spender. He frequently threw extravagant parties, and built many magnificent palaces in order to show off his wealth to both his supporters and rivals.

After a jousting incident in 1536, where he suffered a painful leg wound, Henry found it difficult to remain mobile.

By the age of 50, Henry was grossly overweight, with a waist measuring 54 inches, or 137cm.

Henry was considered to be a ruthless king. During his almost 38-year reign, it is said he ordered the execution of 70,000 people

Shakespeare wrote a play about the extraordinary life of Henry VIII.
Jane Seymour

Jane and Henry became engaged the day after Anne Boleyn’s execution and were married ten days later, on May 30th 1536.

In October of the following year, Jane gave birth to a son, Edward. Henry was overjoyed, although his happiness was short-lived, as Jane became very ill, and died later that month. Although they were only married for less than two years, and Henry would go on to marry three more times, Jane was the wife he loved the most. He gave instructions that he was to be buried next to her when he died.

After the death of Jane, Henry’s advisors suggested Anne of Cleves for his new wife in order to build a useful political alliance with German protestants. Henry’s court painter, Hans Holbein, was sent to paint her portrait. On seeing the painting, Henry agreed to the marriage.

Anne arrived in England at the beginning of 1540, and she and Henry were married. However, Henry complained that Anne wasn’t as pretty as her portrait had suggested. In addition, she didn’t speak much English, and was too quiet and reserved. Henry became attracted to one of Anne’s ladies-in-waiting, Catherine Howard. In July 1540, after only six months, the marriage with Anne of Cleves was annulled. Henry, relieved that Anne did not fight this decision, gave her a large income and allowed her to live in Hever Castle in Kent.

Catherine was the cousin of Anne Boleyn. She became a lady-in-waiting to Anne of Cleves when she was aged around 18. She soon caught the eye of Henry, who was now almost 50. After the annulment of his marriage to Anne of Cleves, Henry married Catherine.

Henry was infatuated with his young bride, and spoilt her with expensive presents. However, Catherine was not happy: Henry was more than double her age, overweight, and had a leg ulcer. Rumours began to spread at court that Catherine was being unfaithful. In 1541, she was charged with treason, just like her cousin, Anne Boleyn. Henry ordered her execution.

When Catherine was told of her impending death, she asked to see the executioner’s block so that she could practise laying her head upon it. She died on 13th February, 1542, with a single blow of the executioner's axe.

Catherine Parr was a widow twice over. Henry was attracted to her as soon as they met. They were married on 12th July 1543 at Hampton Court. By this time, Henry was old, ill and bad-tempered due to the pain caused by his ulcer. However, Catherine was a patient, tactful wife, who also got on well with Henry’s three children from his earlier marriages.

Catherine was well-educated, and very interested in religious studies; she wrote and published three books.

Just before he died on 28th January 1547, Henry ordered that Catherine was to be given £7,000 a year to support herself, and that she should continue to be treated with the same respect of a queen even after his death. 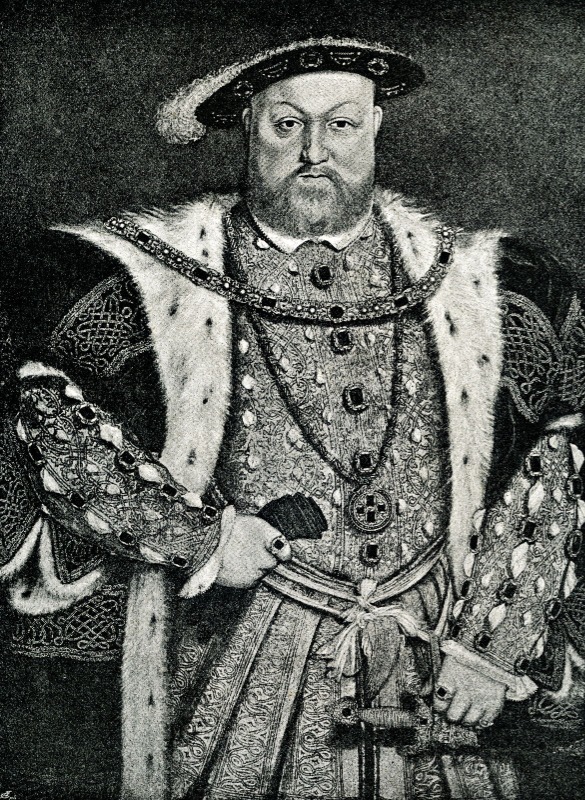 AdobeStock_189975377
Who were Henry VIII’s children?
Henry VIII had three legitimate children that survived past infancy: Mary (via Catherine of Aragon), Elizabeth (via Anne Boleyn) and Edward (via Jane Seymour).

All three in turn became English monarchs after their father’s death:

After the death of Elizabeth, who had no children, the throne passed to the House of Stuart. 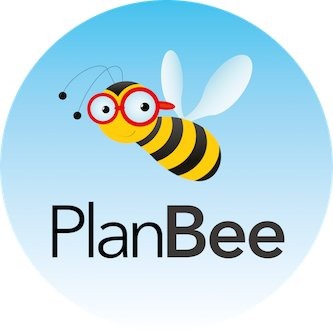 If you’re looking for some engaging, ready-to-teach lessons about the Tudors, take a look at PlanBee’s Tudor-related resources