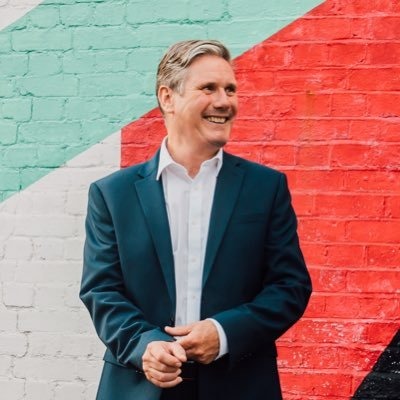 It also marked Labour’s shift to focus on improving the prospects of the 40% of young people who leave compulsory education without essential qualifications.

Under Labour’s ‘National Excellence Programme,’ the next Labour government will boost the number of outstanding schools in all areas of the country; drive up standards; and enable every child to achieve their full potential, he said.

The National Excellence Programme will include:

recruiting thousands of new teachers to address vacancies and skills gaps across the profession;
reforming Ofsted to focus on supporting struggling schools;
providing teachers and headteachers with continuing professional development and leadership skills training.
Even before the pandemic, 200,000 primary age children in England were growing up in areas with not a single primary school rated good or outstanding.

Starmer’s speech set out the short-term failures of the Conservative government and emphasised that the problems are worsening because of their long-term neglect. He warned that Britain risks being left behind if it does not open up opportunities for young people in every part of the country.

“I want every parent in the country to be able to send their child to a great state school.”

“On top of that, 40 per cent of young people leave compulsory education without essential qualifications. What does that say about their future? We will not put up with that.

“That is why Labour will launch the most ambitious school improvement plan ever.”

Labour will also make mental health treatment available in less than a month.

He also said the next Labour Government will guarantee access to mental health treatment in less than a month for all who need it.

In his speech the Labour Leader set out a transformative package to meet what he described as “one of the most urgent needs of our time.”

Labour plans would see a radical expansion of the mental health workforce, resulting in over a million more people receiving support each year, alongside unprecedented investment in children’s mental health after the disruption of the pandemic.

Addressing Labour’s conference, Starmer committed the next Labour Government to:

Guaranteeing mental health treatment within a month for all who need it, setting a new NHS target, ensuring that patients start receiving appropriate treatment – not simply an initial assessment of needs – within a month of referral;
Recruiting 8,500 new staff so that one million additional people can access treatment every year by the end of Labour’s first term in office;
Putting an open access mental health hub for children and young people in every community, providing early intervention, drop-in services;
Providing specialist mental health support in every school, so that they can support pupils and resolve problems before they escalate. This plan would see a full-time mental health professional in every secondary school and a part time professional in every primary school;
Improving service quality, bringing in the first ever long-term, whole-Government plan for improving mental health outcomes, making early-intervention a reality, and broadening the range of services to those with severe mental health illnesses;
Giving mental health its fair share of funding, pledging that NHS spending on mental health will never fall and a fair share of mental health funding every time new funding is provided to the NHS.

Labour’s plan would address the current crisis in mental health services, which sees two-fifths of patients waiting for mental health treatment forced to contact emergency or crisis services prior to receiving treatment, with one in ten ending up in A&E. 1 in 4 adults those who had to wait after their initial assessment did not begin treatment for three months or more. The waits for children’s mental health services have been described as “agonising” by the Chief Executive of the Young Minds charity, with a BBC FOI revealing 20% of children are waiting more than 12 weeks to be seen.

“One of the urgent needs of our time is mental health. Labour will guarantee that support will be available in less than a month and offer treatment to a million more people each year who need it.

“We’ll make sure children and young people get early help, putting specialist support in every school and a mental health hub in every community.

“This is prevention in action. Helping young people, looking after their well-being, the Labour said.”