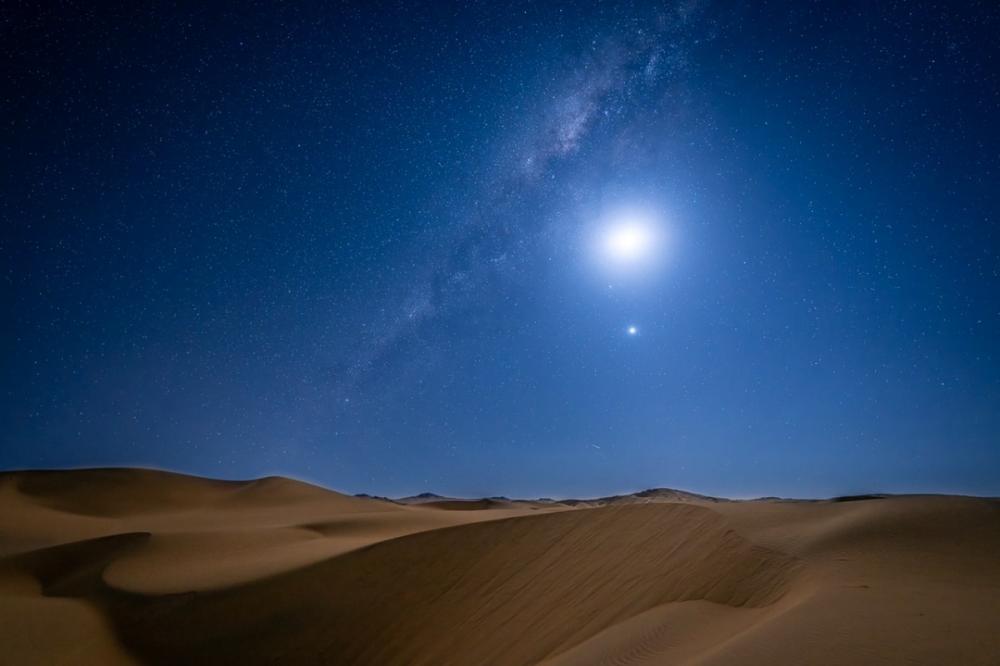 Wilderness Safaris has put together three ‘stargazing’ destinations to Namibia now that the African country has been removed from the UK's Covid red list.

The following itinerary takes guests on a journey to three beautiful, diverse Namibian camps, offering one of the most astounding bucket list experiences on Earth. Relax under the heavens, and experience the star-studded African night sky at its best:

Little Kulala (3 nights)
Namibia delivers superb views of starry skies on most nights. The best views, of course, on moonless nights, and when intermittent summer cloud or winter fog is least likely to roll in. Sited in the 27 000-hectare Kulala Wilderness Reserve in the Namib Desert, one of the world’s oldest, Little Kulala entices with its adventures, its landscape, its peace, and stars.

Stargazing options are plentiful: a rooftop deck on each of the camp’s 11 elegant suites, where you can study the skies from a bean bag chair; separate roll-out Star Beds on your suite’s lower deck; stargazing apps on the tablets provided for each suite; astrophotography using the Olympus cameras on hand and your guide’s assistance; suppers or sundowners set up on a nearby pan, with exceptional night sky views; guides’ ‘tours’ of the night sky using laser pointers. You’ll be stargazing in one of the darkest places on the planet – contemplating space and perhaps much else.

May through September has a slight edge in terms of stargazing excellence, though it’s magnificent year-round. Readily seen in the sky over Little Kulala, changing throughout the year, are a variety of constellations; meteorites; the international space station; Venus; Jupiter; and Mars.

Damaraland (2 nights)
Spend days searching for desert-adapted elephants and other wildlife, and nights discovering the stars. Damaraland Camp lies in one of Namibia’s most dramatic wilderness areas: stark plains and ancient mountains turning from rust to purple as the sun sets – a harsh land full of geological wonders and fascinating wildlife fit for survival in this moonscape.

Each of the camp’s ten elevated, spacious, adobe-style thatched rooms has a large deck where you can dream into the desert, and the sky.

Stargazing at Damaraland also offers astrophotography using Olympus cameras, with guides’ assistance. Learn how to shoot photos of stars as points of light or as star trails. How to manage exposures to minimise star movement; the sky is always shifting.

How to find a foreground object/image (often a silhouetted tree) to offset the sky’s infinity. Guides can also do bush set-ups at viewpoints particularly good for stargazing, as well as enhance your sky-knowledge through laser pointers and binoculars. Nights are generally crystal-clear, with similar sky sightings to those at Little Kulala. 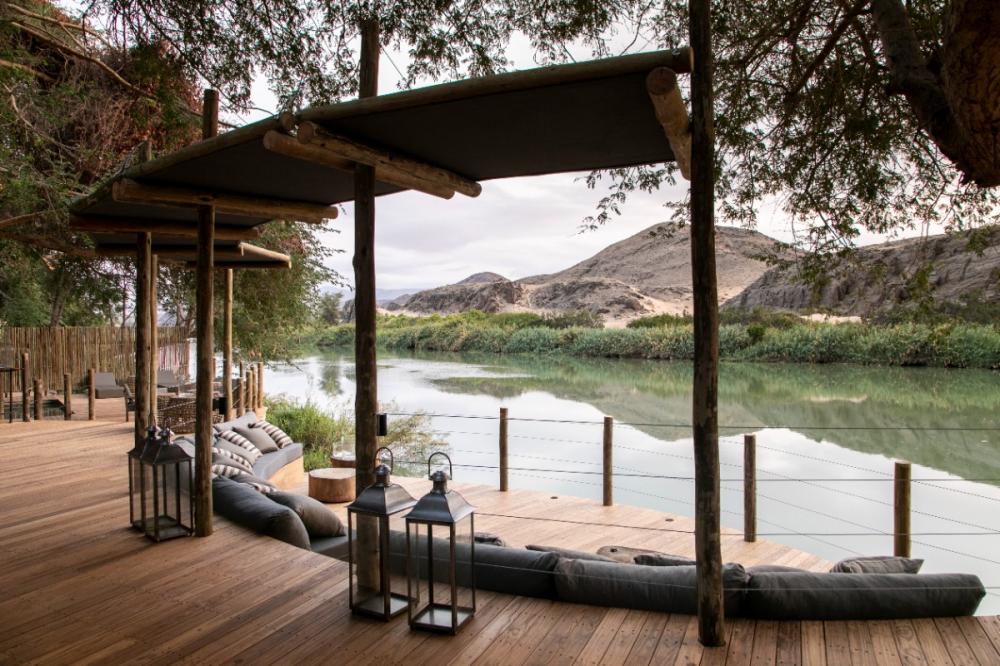 Set on the banks of the Kunene River in Kaokoland sits Serra Cafema in Namibia’s remote far North.

Respectfully engage with a community of Himba, Namibia’s last semi-nomads still living traditionally and hear their stories. When water levels permit, boat on the Kunene, with Angola’s craggy mountains in the distance and plenty of Nile crocs on the banks and in the water.

When night falls, watch the countless stars overhead and reflect in the river, feel the desert’s deep calm, and be humbled by the vastness of the universe.

Astrophotography is also on offer at Serra Cafema, using Olympus cameras with guides’ support. Sleep then, as they do, or perhaps watch the millions of stars fade as the sun comes up – a fine finale to an unforgettable journey.