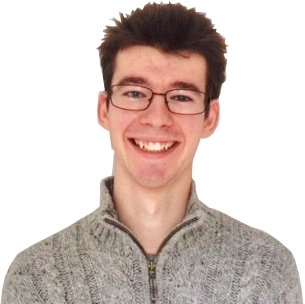 Review: The Power By Naomi Alderman 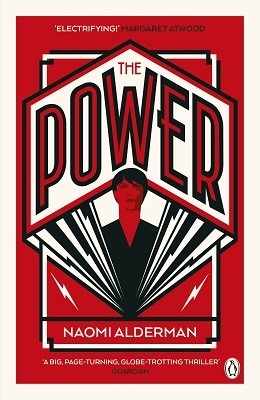 The Power is a globe-trotting thriller which manages to capture not only gender power relations but to explore the idea of why exploitation occurs, and how ultimately simple the reasoning behind it is. When the women in Alderman’s novel acquire the power to electrocute people at will, a reversal is effected as the world swiftly swings from a patriarchy to one of female domination.

The book is separated into several distinct viewpoints, all of which show different aspects of the power change occurring. Men are suddenly second class citizens, as Tunde the male journalist soon finds: Roxy, the daughter of a gangster realises that she can now lead the organisation; Margot, the mayor of a city in New England decides that with the new power she can further her political ambitions; Allie an abused young teenage girl decides to pioneer a new religion. Each character’s arc exemplifies a different side of the change in the world - political, religious, criminal and media. A particularly insightful comparison to the real world emerges in the change of news personnel, where older men are replaced with old women and young attractive men are brought in as eye candy co-hosts.

The scale of the book is truly global as Tunde follows revolutions around the world, Margot and Allie’s story is focused in the US and Roxy, while based in England, spends a lot of her time in the Middle East. Alderman draws an interesting picture of revolution in Saudi Arabia as oppressed women rise up and form an all-women state called ‘Bessapara’. The novel is an absorbing read; there are frequent tense and chilling scenes as Alderman deals with dark themes such as rape culture, trafficking and drugs with an unflinching approach. 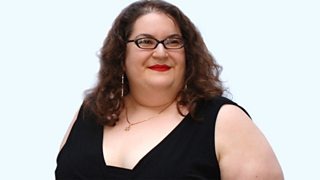 Naomi Alderman
The sexual violence depicted in this book is not for the faint-hearted, but it strikes home pressingly relevant issues of power dynamics that often go unnoticed in the real world. When the dynamic is so obviously inverted it will thrill some readers as it horrifies others. In Alderman’s world the preposterousness of male gangs and male soldiers owing to the electrical powers of women encourage an illusion of the male gender role as being kinder and more caring. Alderman is not trying to vilify one gender or the other, but to show that the key determinant of perception is power.


Also by Tom Burgess...
Covid. All Over By Christmas?Review: Never Let Me Go By Kazuo IshiguroWhy Do We Not Trust Democracy?Review: Gimson's Presidents: Brief Lives From Washington To Trump By Andrew GimsonHow Coronavirus Can Shock The World Into Environmentalism
A recurrent, perhaps unitary theme, here, is religion. Allie uses her power to create a unifying religion for women, worshipping not the holy father but the ‘Holy Mother’. A movement rapidly grows with many zealous followers and the only thing that stops Allie from becoming a true fanatic is her relationship with Roxy, who is very much a practical and honest foil to her character. In a thrilling climax to the novel, one defining moment emerges. Allie realises that her hatred for men is ill-founded, crushing her faith in her movement, but she finds that she is incapable of sustaining this epiphany since all her beliefs have rested on a bedrock of anger. The truly terrible decision she makes as a result will leave any reader horrified at the choice, and reeling as they finish the book.

In a self-referential conclusion to the novel, the influential female author looking at the young man’s manuscript (which is, in fact, The Power) says that to break into the female market he should consider changing his name to a female one. And here is not only a good point at which to end the book, but an apt means of wrapping this review. The Power is a finely-tuned, engaging novel and will give any reader pause for thought.


The Power is published by Penguin.