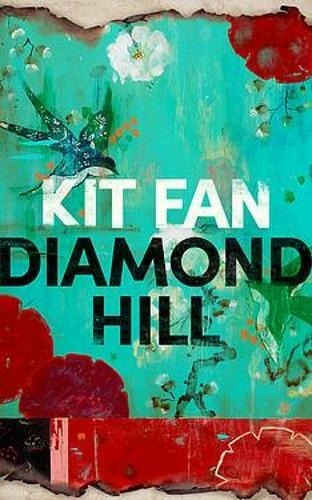 In his deeply evocative debut novel, Kit Fan paints a portrait of life in transition, a community left behind when the world around is moving swiftly on. Fan, an acclaimed poet, strikes a defining tone: his illuminating and inspired characters breathe life into the hollow space they occupy.

Diamond Hill, once the "Hollywood of the Orient" is now a shanty town in 1987 Hong Kong; a region split between rich and poor, East and West, capitalism and communism. The shanty town’s progressive decline is clear from the opening lines, in which a small boy from an alleyway "that smelt of piss" emits a cry, a protest, "as if he held a grudge against being born."

Fan’s lyrical prose is accompanied by a sharp, coarse dialogue that packs a punch. Unrestrained and peppered with Cantonese slang printed in Chinese characters, the words are tailored precisely to the idiosyncrasies of every character. It’s through their words and exchanges that we get a sense of who they are and the lyricism of Fan’s descriptive prose adds sparkle to what otherwise would be a profoundly bleak setting. Yet, despite the frank exchanges, and the careful observation of the physical landscape, there remains an element of the unknown: like a dream, or perhaps nightmare, we are living this experience, yet it is one we perhaps do not, or cannot, fully understand. The narrative unfolds seamlessly, and the novel quickly captures the visitant in its clasp; not exactly a warm embrace, but nevertheless the reader is enraptured by the curious world into which they’ve been thrust.

The central protagonist, Buddha, is a reliable narrator. He is a former drug addict, recently returned from Bangkok, who has been given accommodation at the nunnery at Diamond Hill. The nunnery stands, stubbornly, like a skeleton, whilst the flesh of the township slowly rots and falls away. Buddha doesn't seem to hold any illusions about himself and doesn't deny the depravity of his past. A dog, he observes, "looked shit scared, like a drug addict. I wondered what I looked like in the eyes of the shit-scared dog."

The book sensitively and candidly depicts the complexity of society and how its rigidity may so easily crumble. The setting is Hong Kong, ten years before handover: "a city in a state of violent change, moving from one regime we are used to loathing, to another one we are loath to get used to." Whilst the shanty town is literally being bulldozed by the property developers who have taken the land, and handover is consciously acknowledged, the ironic presiding drive, in a town populated by drug addicts and poverty-stricken cast-offs, is for self-preservation. Our instinct to push forward regardless of consequence, is efficiently conveyed.

The striking characters whom Buddha comes to know lay their focus, in large part, only on the immediate future. For most, ten years is a lifetime away; seeming to accept that they might still live, there remains an unspoken acknowledgement that actually, there’s an equal likelihood they will die. Some harbour hopes: Boss, the fiery teenage gang leader who peddles drugs imagines another life, in London, in which she ultimately lives to fulfil her dream of becoming a film director. Her notion of Britain is captured in the decor of her current bedroom. Buddha observes it "in an English style I remembered seeing in magazines, complete with floral wallpaper, a cast iron bed and mahogany wardrobe." Here, the legacy of colonialism and the illusion it often inspired is touched upon. Boss's mother, Audrey Hepburn, tells us, "I like being called Audrey Hepburn and I want to be Audrey Hepburn. Why not?" She seems comfortable with her delusion, however it becomes clear that there are blurred lines between her real and imagined memories.


Also by Caroline Spalding...
Review: Cold Enough For Snow By Jessica AuReview: Good Intentions By Kasim AliReview: Strangers I Know By Claudia Durastanti, Translated By Elizabeth HarrisWalking For Wellbeing – It Really Does WorkReview: The Love Songs Of W.E.B. Du Bois By Honorée Fanonne Jeffers
Under the guardianship of the Iron Nun, the nunnery, its occupants and its religion weave a thread through the central narrative. Everyone has a backstory, and Quartz, a fragile nun who tends the vegetable pot and keeps chickens illustrates how the past cannot be escaped, even when it is rewritten, or erased from memory. Boss's overzealous ambition is matched only by her capacity for ruthlessness, however she too is perhaps in denial. It seems one must be brutal, mendacious and delusional in order to progress. Corruption seeps through the fragile shanty town; wide open to exploitation, those who harvest power from money face no barriers here. Even the Iron Nun, who possesses a bitter perspicacity, seems to embrace the scenario with wisdom, or possibly weariness. However, the power of faith is prominent: the nunnery, she tells Buddha “will stay where it is. This religion is older than capitalism or communism.”

Audrey Hepburn tells Buddha, “Nothing is accidental here,” yielding the idea that the residents’ lives are interconnected, and everything has a reason. The deep entwinement of their lives also conjures a sense of suppression. The inhabitants of Diamond Hill cling stubbornly to the town; it is, after all, the sum of their knowledge and experience, yet simultaneously there’s a desperation to break free. They’ve reluctantly come to accept that life in the town is a kind of trap, whether imprisoned by drug addiction, gangs, or just the lack of means and connections to escape. For most, however, it is likely that nothing better would be found beyond the boundary.

Thematically, the novel explores the notion of identity, and where one truly belongs. In this small community we see a very disparate assortment of people; every one of whom has a different story to tell. Do we truly get to understand who Buddha is, do we really discover what Boss is like beneath her tough outer shell? I’m not sure we do, but this perhaps is the point.

The story is by no means depressing: you are enraptured by the prose, engaged and attentive to the twists and turns each character makes. Despite the setting and the innate pathos of the characters, the lasting impression is of endurance and hope. For those with strength, there remains a determination to survive.

Engaging, provocative, thoroughly compelling, Diamond Hill is written with the dexterity and lyricality of a poet, whose first novel leaves us excited for what may come next.


Diamond Hill is published by Dialogue Books, an imprint of the Little, Brown Book Group