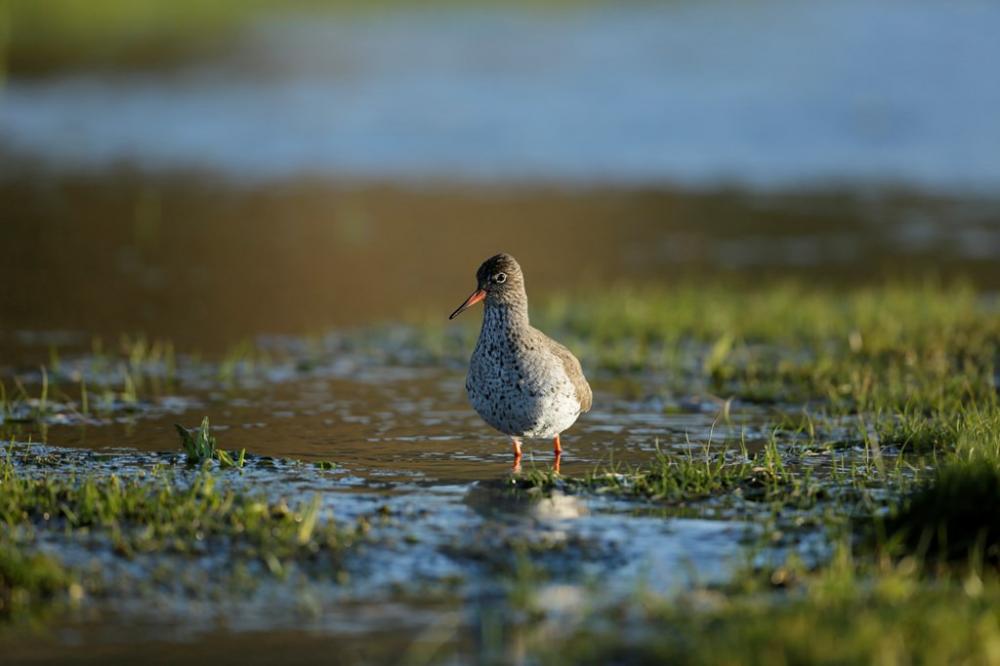 Redshank. Photo by Andy Hay
The Global Biodiversity Outlook 5, published yesterday by the United Nations, contained no country-level breakdowns of how the UK has fared. Instead, an RSPB report ‘A Lost Decade for Nature’, has revealed our true performance.

With UK wildlife continuing to decline and vital habitat being lost or degraded, the ability of the governments of the UK to revive our world will depend on an honest assessment of the work needed. While the UK Government believes it has met a third of its targets, RSPB analysis shows the UK may have met as few as just 3 of the 20 international targets it agreed to a decade ago, and in six areas the UK has actually gone backwards.

A decade ago, ‘the Aichi Targets’ were hailed as the blueprint for saving life on Earth and reversing the terrible losses in wildlife and the natural environment seen over previous decades. The RSPB believes the cause for their failure was that the targets were not legally binding, so Governments around the world, including in the UK, were not compelled to act.

Beccy Speight, chief executive at the RSPB said: “Even the Government’s optimistic assessment should act as a wake-up call that words alone will not revive our world or tackle the twin crises facing nature and climate.

“Next year we have the opportunity to play a leading role in developing a new set of global targets to restore nature. But first we need an honest assessment that recognises we need to do much more at home. We have targets enshrined in law to tackle the climate emergency, but none, yet, to reverse the crisis facing nature. We cannot be in this same position in 2030 with our natural world vanishing due to inaction.”

To ensure the next decade is not again lost to inaction the RSPB has launched the Revive Our World campaign, pushing for legally binding targets to restore nature and deliver a green recovery across all Governments of the UK.

The RSPB analysis reveals the UK Government’s key Aichi failures to be:

The UK’s wildlife is vanishing. The UK Government’s own assessment claims to be making progress towards saving our most threatened species, while all the evidence points to the contrary. According to State of Nature (2019) and 133 species have been lost from our shores completely since 1950. In the most comprehensive assessment of nature in the UK scientists looked at almost 8,500 species, finding that over one in ten (15%) is threatened with extinction. There are no signs of these trends slowing.

Not enough land is being protected or managed for nature. Although the UK claims to be protecting large areas of land (28%) and sea (24%), closer inspection reveals that this includes National Parks and Areas of Outstanding Natural Beauty that are not well managed for nature, and Sites of Special Scientific Interest (SSSIs) that are in poor health and not adequately monitored. With recent reports of a lack of inspections or assessments, along with species loss at these locations, the amount of land protected and well-managed for nature could be as low as 5% of the UK. At sea, although new protected areas have been announced, only 10% of these are being actively managed.

Insufficient funding for nature conservation. During the past decade public funding for the environment and nature has declined in the UK from £641 million (2012/13) to just £456 million (2017/18), a drop of almost 30%. Adjusting for inflation this represents a decrease of over a quarter of a billion Pounds (£256m). Funding is vital for creating and protecting important habitat as well as ensuring the condition of our natural world is being monitored so action can be taken swiftly when needed. The UK Government claims it has made progress, but at an insufficient rate. The figures show otherwise.

“This is a global issue, and something that will take a generation to resolve, however the hard work must start today. The UK is not alone in failing to meet the ambitious targets set out ten years ago, but it is now time that the high ambitions set by successive Governments becomes action at home as well as leading the international effort.

“We now need people across the UK to stand up for nature, to let our politicians know this is not good enough and we demand they revive our world. Every country in the UK must create legally binding targets to restore nature, invest in nature and green jobs, and support farmers to produce healthy food that’s good for people, climate and wildlife. We have to put our money where our mouth is and use the next decade to do something truly impressive.”

To put the UK back on track, the RSPB has launched their Revive our World campaign that will give everyone a place to voice their concerns and outrage at the inaction of the UK, as well as proposing the legislation and priorities the UK and devolved Governments must set to avoid another lost decade. To find out more visit www.rspb.org.uk/ReviveOurWorld