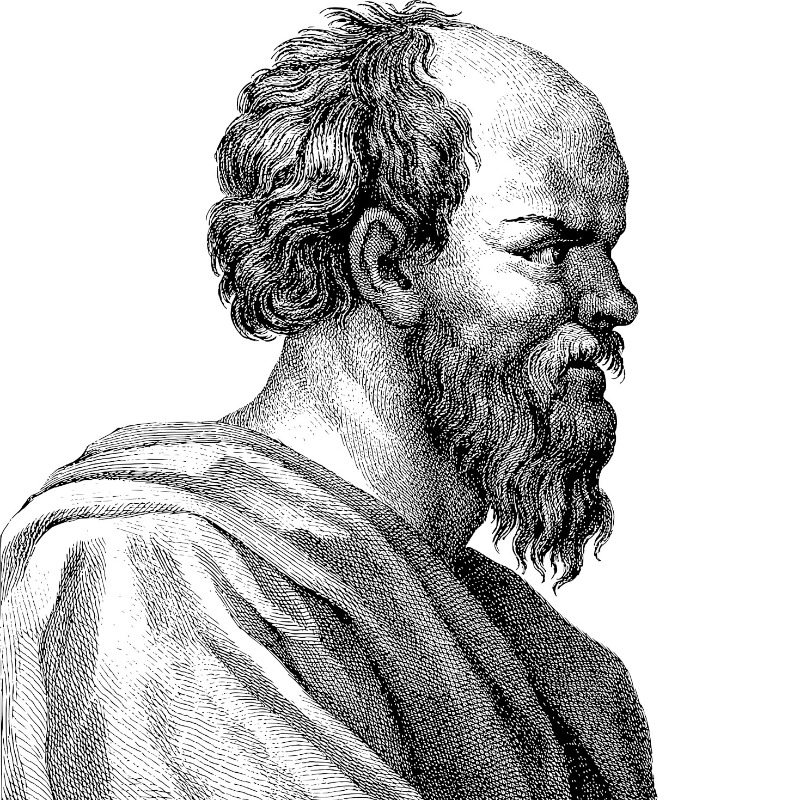 In Avery a man’s life was cursed from the get-go. Socrates had sagaciously said, “At his best, man is the noblest of all animals, separated from law and justice he is the worst”. Sherriff Clark might not have had a classical education, but he knew that the notion of justice was a myth, only believed in by those stupid enough to think fate gave a shit. Whatever gods presided over Avery’s damned denizens, they made every day a school day. The lessons never got easier and the blood soaking the school reports meant everyone failed their examinations.

Otis had married Penny when she was seventeen, gaining her Pop’s consent after parting with his Dodge pick-up. At twenty-one, this exchange had netted Otis the prettiest girl in Avery. Penny had movie star good looks and a body promising a man a glimpse of both heaven and hell. If her old man had not been so good with a gutting knife and eager to use it, she’d have spent her teens fending off every libidinous cretin from Avery to Denby. Wyatt’s cold blue eyes told a man how much he loved his knife the way he could never love his daughter. If a fella had any ideas about his Penny, something would drop; it was just a case of what body part.

Otis had been the only man ever to intimidate Wyatt and his pick-up sealed the deal. For the most part, other men had looked, but not touched. Those that were too vocal about what they would like to do to Penny swallowed their desires along with heir teeth. If they were lucky, Otis would leave off when their faces looked like chopped tomatoes clinging to a fork, their flesh red, wet and formless. Most of the time, he just had to settle his gaze on a man and watch a damp patch spread over their groin.

Romance in Avery was a common as tenderness in a brothel. That said, Penny and Otis had a bond. If not conjoined by love, Penny knew Otis kept her safe and Otis was a man of principle: what was his, was his. Period.

Travis was born when Otis was twenty-three. He’d inherited his mother’s bone structure and his father’s bulk. He knew his Pop played around, accepting the fact with the same phlegmatic neutrality with which he dispassionately met each bone-dry day. Taciturn to the point of being mute, he grew strong and empty. His loyalty to his parents was the only language he spoke, expressed silently, but louder than a twelve-gauge taking down a wolf. By his fifteenth birthday, he could deputise for his father if a man looked at Penny and licked his salt-crusted lips too openly. Having purpose gave him something more than desultory boredom, a trait he shared with coyotes and vultures.

Travis had known about his father seeing Clarabelle. No matter that Otis had a deep well of his own, Travis understood thirst, and did not blame his father for drinking at another man’s expense. He just hoped that Otis took more out of the well than he put in. Everyone knew her husband shot blanks after the tractor rolled over him. Otis had been fooling around with Clarabelle since Travis had been old enough to notice the lipstick on his father’s neck. Aristotle must have had the same experience when he wrote, “No notice is taken of a little evil, but when it increases, it strikes the eye”.

Travis’s sixteenth birthday present had been to see his father being driven away in the back of Clark’s truck on his way to twenty years in High Desert State Prison. Otis had come home early from the fields and found Penny fighting off Hiram Elkins, his dick out as conspicuously as his luck. Penny’s screams were loud, but not as loud of those escaping Hiram’s smashed, blood smeared face. Otis had paid homage to old man Wyatt and only stopped cutting when the knife found more bone than flesh.

Clark and his boys turned up the next day, the afternoon sun turning Avery into a blazing furnace, on fire from both above and below. The Colt stayed holstered. Clark and Otis had an agreement. Clark would keep his finger off the trigger this one time because protecting Penny would have benefits. This perp would come in quietly, sans a body bag. Otis figured better to have one coyote interested in the hens, than a pack. The scales of justice balanced, or at least tipped in the favour of the two men. In Avery, justice always leaves the ledger showing a loss.

For fourteen years, Travis guarded the chicken house. His mother’s charms did not wane. When Socrates had said, “Beauty is a short-lived tyranny”, he’d not counted on Penny’s DNA. Still slim, her lithe body and faultless features lured the longing eyes of men like drunks to a bar. If she returned a man’s hungry leer, he’d be limping for the next hour.

Pheromones perhaps, or maybe just the fact that Avery’s stock of alluring belles was as plentiful as its church congregation was thin. Men still saw a night with Penny as the nearest they’d get to heaven and they kept on praying for that filthy salvation. Travis though no archangel, stood between the sinners and the sin.

Travis and Chase had found Teddy Harrison and Holt Greaves sharing a bottle of Jack Daniels, greedily gulping down the bourbon as they drunkenly fumbled with their trouser belts. Penny lay on the veranda sobbing, holding her torn cheek and waiting for it to begin. It did not. Travis beat Teddy to a bloody pulp, fracturing the man’s eye socket and knocking him unconscious with a single, vicious kick.

Chase showed no such measured restraint. Epicurus had said, “Justice is a kind of compact not to harm, or be harmed". They had not taught Chase much philosophy at Avery’s evil academy. He’d floored Holt with an uppercut and followed the blow with a savage torrent of punches from his bear-like fists. Dragging the limp, but conscious body of Holt down the steps of the veranda, he walked back to his truck, started the engine and ran the car’s front and rear left tyres over Holt’s head. He mounted the steps and had similar plans for Teddy.

Had Travis not stopped Chase and handed himself into Clark, he’d have received a far longer sentence. With nowhere to run, he hoped Clark would see the funny side and let the court do the laughing. Chase was less fortunate. When Clark caught up with him holed up in his feed shed, Chase had gone for a pitch fork. Just a matter of luck which man would win the toss. Bullets seldom believe in luck, preferring velocity as their measure.

Chase’s blood stained the grain and dusty ground around him red. He’d died a hero’s death and Clark vaguely admired the kid’s morals, but justice demanded a reckoning. Plutarch had not figured high on Clark’s reading list at school, but his words would have struck a chord… “A few vices are sufficient to darken many virtues”.

With Travis languishing in the Southern Desert Correctional Centre for the next six years, Penny had to get inventive. Those wanting a relationship were told yes, but only after Otis gave her a divorce. She never asked for one. Persistent flies were shooed away with promises to make the wait worth it whilst Penny made sure Otis had failed a parole hearing likely to set him free soon. Parole and Otis were words as incongruent as they were fictitious.

Zeke Nix and his brother Clifford had been the biggest problems. Showing up late at night, they each disguised their intentions as insincerely as an adulterous man tells his mistress he’ll leave his wife. She’d told Zeke she wanted him, but if he’d wait until Travis got out of prison. She’d said she loved Zeke and wanted Travis to protect them both from Otis when he got out. She’d convinced his lust-skewed mind that Travis at thirty-six would be able to handle a father pushing sixty. A proposition as flawed as it was fanciful.

Clifford had been demotivated by the tear-stained story Penny told him about Otis cutting her when she’d confessed to sleeping with Clark. She’d described what he’d done to her breast with the knife. The blood left Clifford’s engorged hopes as quickly as the vomit spewed from his mouth. She did not add the fact that Otis had not touched her and he paid his debt to Sherriff Clark vicariously. Clark’s rumoured relationship with Penny kept other bugs at bay…nobody wanted a visit from Clark unless he was buying ammo, or beer.

When Otis and Travis got out of gaol on the same day, they visited Walker Adams a week later together. It was a brief encounter, and no trains were involved. Walker had planned to run his tracks right through Penny’s station and made no secret of the matter. He died wishing the train had been delayed.

A year went by. Things were, by Avery’s low standards, hunky dory, but as Socrates tells us, “Happiness is an unrepentant pleasure”. When Walker had shacked up with Clarabelle, he’d adopted her son Tucker as though he was kith and kin.

Tucker wanted revenge. Life can be a bastard, especially in arid Avery. Tucker’s gun spoke to Otis in the only language he understood. When Penny screamed at him, the words were lethal ricochets tearing his righteousness into ugly shreds of confusion. “You god damn idiot…you think that’s justice?” Retribution. If she had known what patricide was she would have been more articulate; instead she wiped the tears from her reddened eyes and said, “Otis was your father dip-shit”. Perhaps the benefits of a classical education might have helped. Myth or not, history might not repeat itself, but it certainly does rhyme, especially in Avery.
Also by Paul Spalding-Mulcock...
“Love Is The Magician That Pulls Man Out Of His Own Hat”: A Marvellous Light By Freya MarskeExpecto Resurrectionem Mortuorum:The Gift - Book 1, Eleanor, by R. A. WilliamsLittle Liar Boy - A Hall Of Mirrors StoryThe Devil's In The Detail: Johannes Cabal The Necromancer by Jonathan L. HowardAn Audience With The Devil - A Hall Of Mirrors Story
Next Episode