Polestar 2 – A Week Behind The Wheel 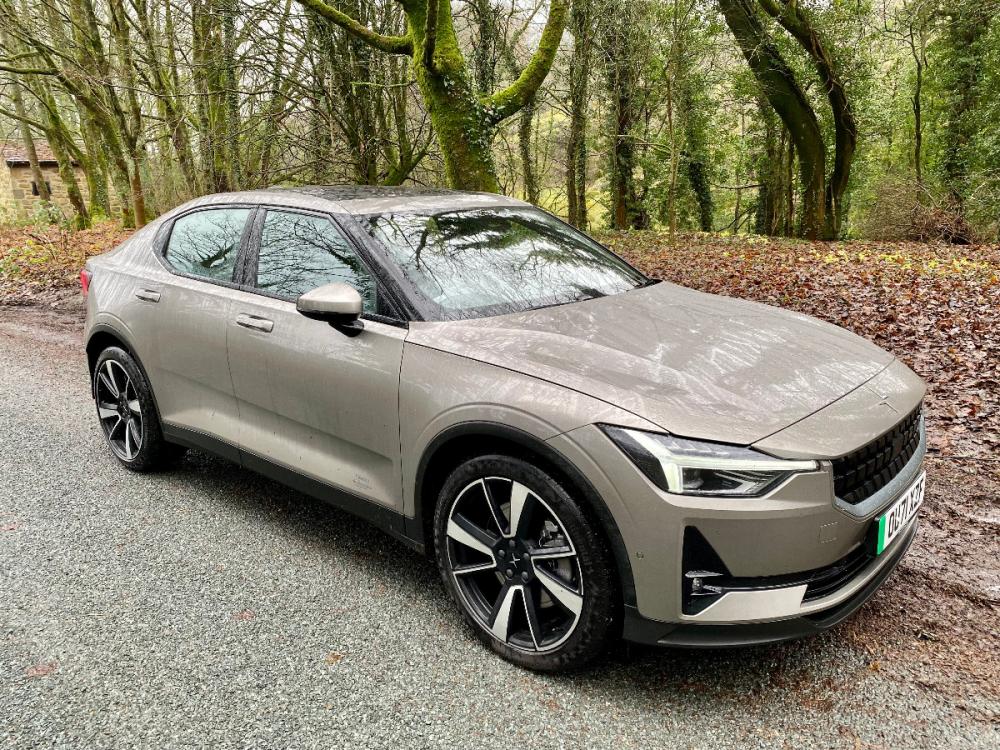 You may not be familiar with the Polestar name, but that is all about to change. In the not so distant past, Polestar was the performance branch of Volvo, breathing a little magic on their top-flight offerings.

Polestar is now a standalone brand, sitting with Volvo under the umbrella of parent company Geely. Its modus operandi is to produce a range of performance electric cars for the discerning motorist.

In 2019 the Polestar 2 was unveiled and is the company’s first fully electric high-volume car. They call it an electric performance fastback, which sums it up rather well. All-wheel drive, a powerful 78kWh battery and a certified WLTP range approaching 300 miles were the highlights.
The range has now expanded and on test here is a single motor version, sending power to the front wheels only. 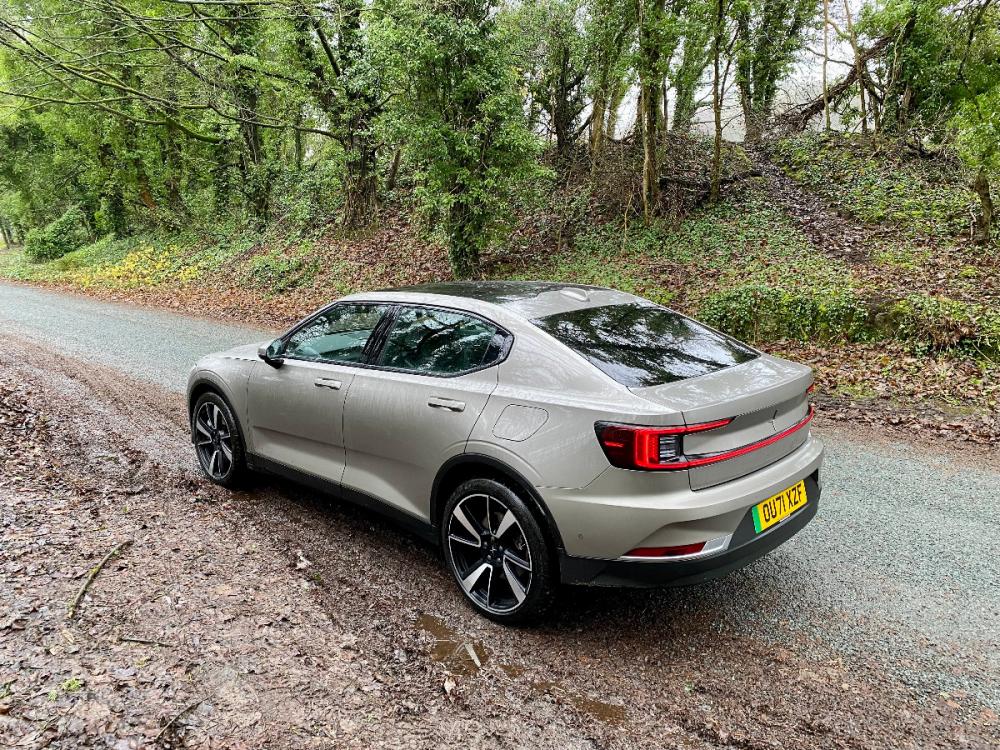 This model of Polestar is suitably brisk to drive, though not as fast as the dual motor version I tested earlier this year. That was almost too quick for its own good and if you drive in that kind of exuberant manner, the range drops dramatically.

With a lot of miles to cover during my week behind the wheel, I drove the ‘2’ in my usual brisk style, but with a mind to eke out as much range as possible.

The company’s figures state a WLTP range of up to 339 miles. Fully charged, the onboard computer showed a rather disappointing 280 miles, of concern as I had an event to attend some 230 miles away.

My destination hotel assured me that they had EV chargers, so the return journey would also begin with a full battery.

A cold start for my drive south did little to improve the range and so I stopped about halfway down the M6 and gave the battery a top up for 45 minutes on a 50kW charger. This was necessary as the inbuilt satellite navigation had already warned me that I could not reach my destination without recharging.

With the top up I arrived with just 10% battery remaining and was dismayed to find the rather swish hotel’s idea of EV charging was a couple of dedicated Tesla only units.

For me it was an external 13amp plug which failed to fully charge the battery, even though it was connected for over 24 hours. 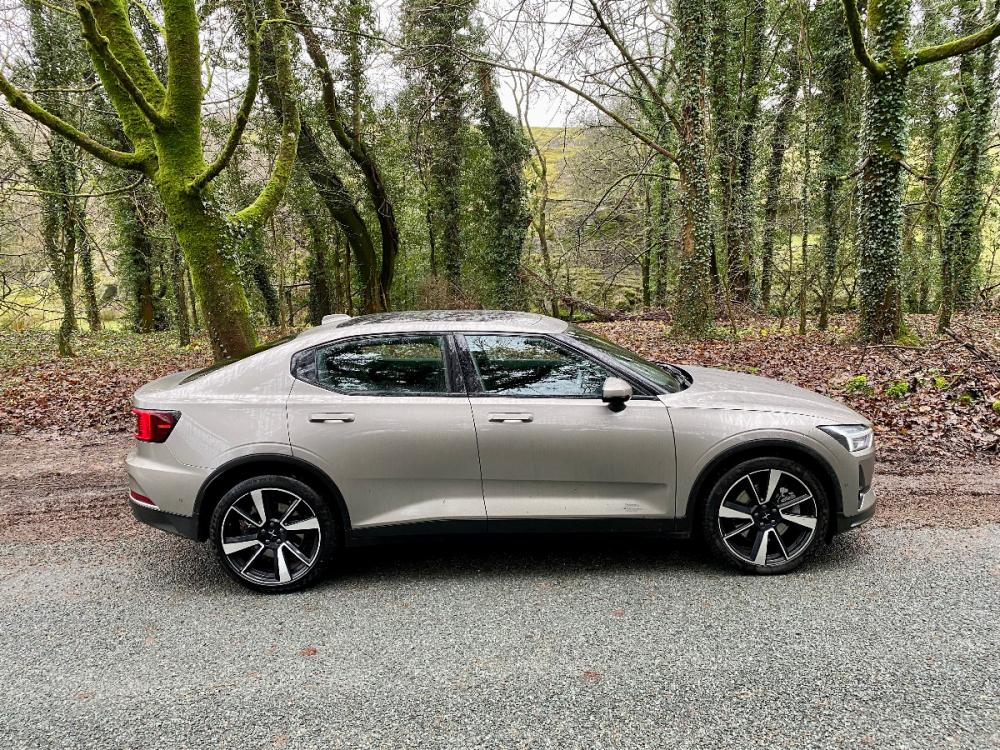 My return journey proved to be a challenge, with chargers around Birmingham either out of order or in use. I pressed on and by Stafford services, I had so little charge left that I was forced to wait for a charger to become free. All told I was there for over two hours…

Away from motorway, the Polestar was a far more agreeable companion, with range anxiety banished as I topped the battery up each night on my home 7kW charger – slow but efficient.

I was pleased my test car was without the optional Performance Pack, a £5,000 expense, as I felt it made the ride on my previous test car a tad brittle.

There is no doubting the Polestar 2 can be hustled along a favourite B-road at a fair old lick, but I would stop short of saying that it is fun. The battery pack helps keep the centre of gravity low, but the steering is a tad lifeless.

There are 3 levels of regenerative braking, which helps put a little back into the battery in everyday driving. In the strongest setting, my default choice, you can generally drive the car without using the brake pedal at all, capable as the system is to bring the car to a complete halt. All EVs should have this facility as it takes a lot of the stress out of driving, especially in stop/start city traffic. 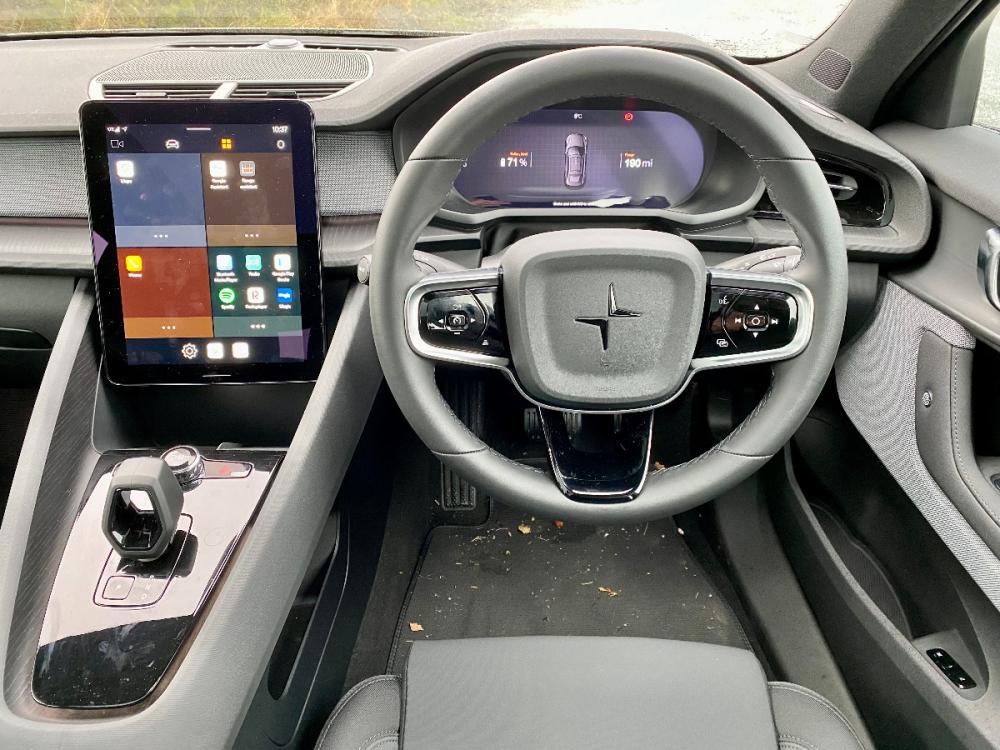 Polestar clearly wish to demonstrate their green credentials, so standard fit materials are vegan-friendly. A comfortable weave on the seats is the order of the day, though leather upholstery can be specified for an extra £4,000.

The front seats proved to be supremely comfortable and accommodating even after many long hours behind the wheel.

Two rear seat passengers will be comfortable, though a third occupant will have to deal with a transmission tunnel.
The panoramic sunroof bathes the cabin with natural light, though it does eat into the headroom. The glass is tinted to avoid glare, but there is no blind fitted. It comes as part of the Plus Pack along with a premium sound system, heated steering wheel and back seats.

Saloon car looks, fastback practicality, the electric tailgate gives access to a 405-litre boot. Up front is a smaller compartment, ideal for storing the charging cables and a few other bits and pieces.

Polestar owners need only to have the key about their person to gain entry and set off. Climb aboard, belt up and select ‘Drive’ and you are off.

The large central screen controls most of the car’s functions. The minimalistic design gives a clean and uncluttered look, but simple functions such as turning the heating up or down do require a few stabs at the screen, with eyes off the road for seconds.

Fitted with an intuitive Android operating system, most functions can be access by voice control. Apple CarPlay is due to be fitted in the near future. 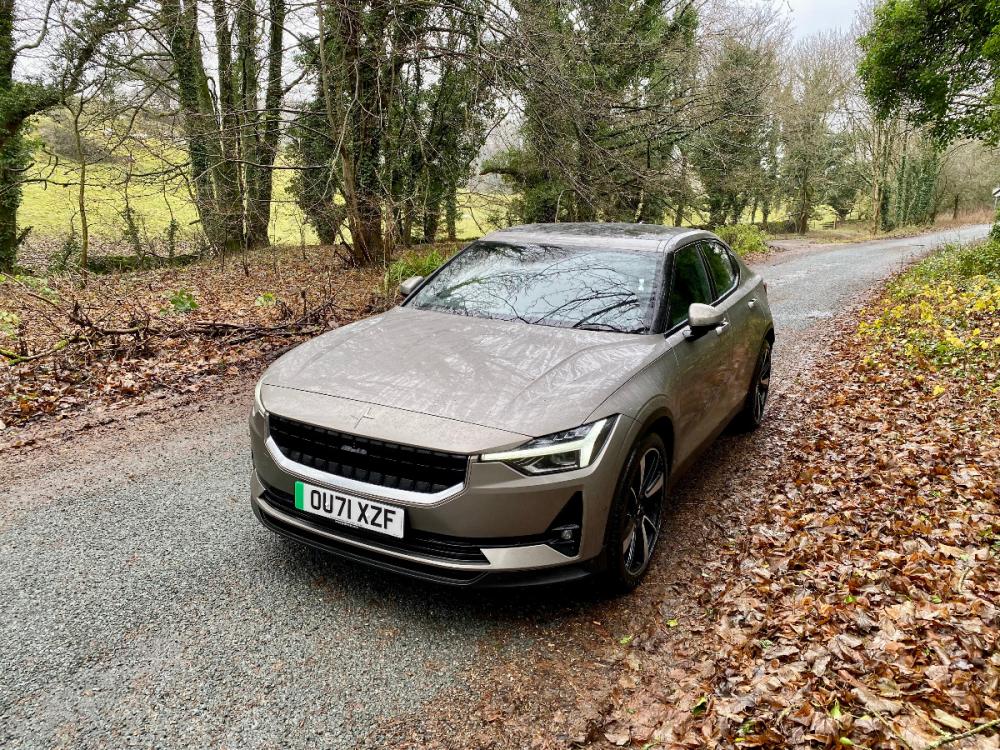 Puzzled looks occasionally greeted me on my travels as car types tried to work out what I was driving. Parked up, I watched from a distance as passers-by paused for a look. I suspect most were none the wiser as the Polestar badge is not yet a familiar sight.

Will that change? I think it just might as there is no doubt the Polestar 2 has the looks and the ability to stand out from the crowd.

The car is quick, refined and brimming with all the latest safety kit, as is the company’s way. I would gauge the real-world range at nearer to 200 miles than 339 as quoted, if winter motorway driving forms part of your everyday life, but this is broadly similar to all the Polestar’s rivals. It is unlikely to be a deal breaker, especially as fast chargers are now springing up on our road network.

So, Tesla Model 3 or Polestar 2? A choice many will likely be making. It is extremely easy. Polestar 2 stands head and shoulders above its American rival in terms of quality, style and kerb appeal. Only the Tesla’s superior dedicated charging network might sway the decision. So why not pop on to the online configurator and take an in-depth look for yourself? 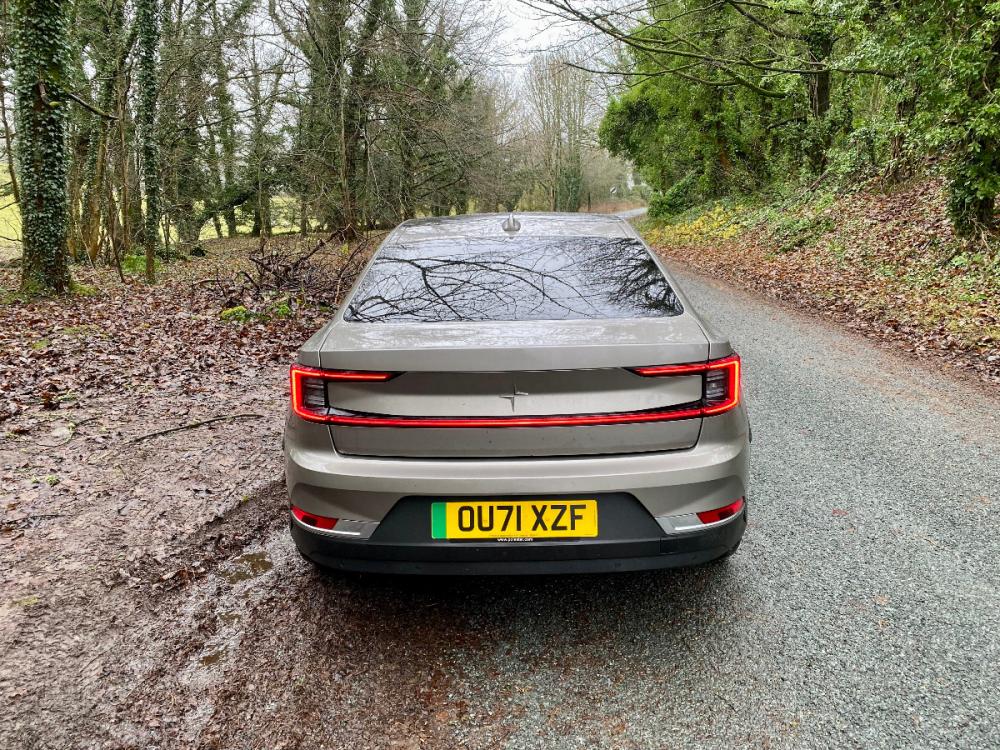