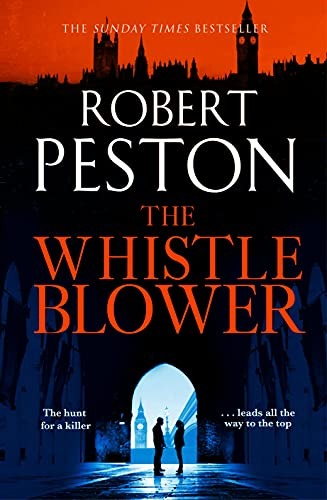 Robert Peston has certainly put his vast insider knowledge and experience as a political journalist to great effect in this superb debut novel.

It sparkles with the ingredients that make a compelling read: corruption, political, sleaze, drink, drugs, murder, intrigue, and pace.

The exciting and gripping narrative covers a month in a general election campaign in 1997. The main protagonist Gill Peck, is an arrogant, smug, cocaine taking political hack, working on the Financial Chronicle, the FC, who finds himself embroiled in the underworld of a corruptive media mogul.

Peck’s sister, Clare, a high-flying civil servant working at The Treasury, with whom he is estranged, gets knocked off her bicycle in a hit-and-run. Strangely, no one who knew and loved her, can make out why she was not wearing a helmet. As Peck hears the same thing he begins to wonder if her death really was an accident.

As election day approaches, Gil follows the story into the dark web of interests that link politics, finance, and the media. The deeper he goes the more he realises how wrong he has been.

The ITV Political Editor, as we have come to expect from an experienced journalist, uses his skill as a wordsmith offering the reader a great turn of phrase and wonderful descriptions throughout. His articulation in print is somewhat better than his staccato slow delivery on screen. If that puts you off don’t let it; this is a fast paced captivating read. And, as we near the denouement the pages turn quicker as the suspense builds.

Peston says he chose the 1990s as it was when today’s generation of political and business leaders came of age.

The specific year he takes us back to is 1997. The era has many parallels. One can’t help to try and identify some of the characters like the bullying media mogul with a massive hole in the company’s pension fund. We also have a tired Conservative government is about to fall and a modern Labour Party with that has been in opposition for years is ready for power.

The characters are portrayed very well from Gil’s parents to his great colleague who wants to rise to the top, and his occasional lover.

Peston cleverly weaves in his familiarity with the tricks of his trade: how The Lobby works, how journalists who don’t quite have all the full facts so need to devise deceptive techniques to get someone to spill the beans and how Tabloids get their exposes. He even mentions phone hacking. All this tied together gives it an authentic air drawing the reader into a magnificent and believable plot.

If this is Peston’s first attempt at a thriller than I am already looking forward to the next one.