Our 40+ Blogger, Her Greyhound Ozzy And A Radio Studio 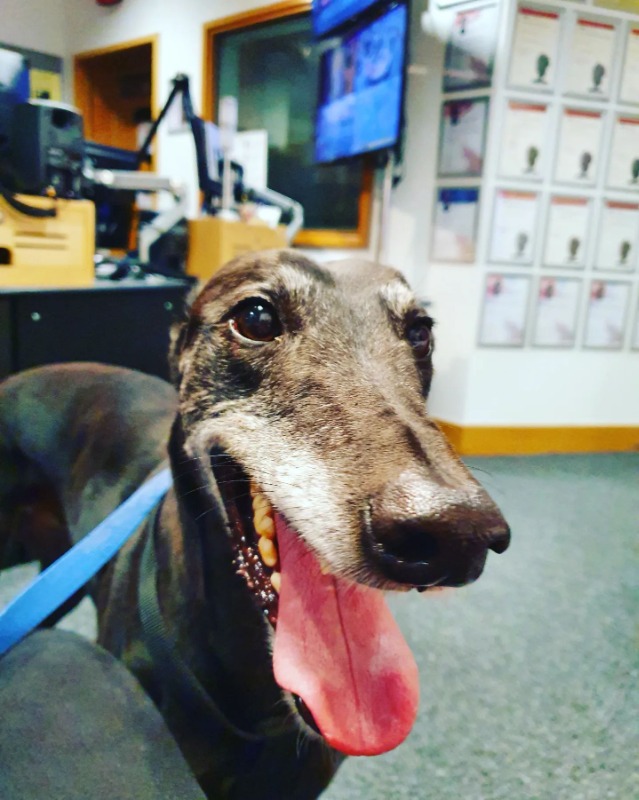 Monday was such a brilliant day. I took my greyhound Ozzy to the BBC Radio Leeds studios to share our homing story as part of Adopt a Greyhound Month. I’d been a little worried about Ozzy making unsavoury noises and omitting certain odours, but he was impeccably behaved and it was a fantastic opportunity to address some of the common myths about this beautiful, gentle breed. It was rather surreal to see Clive Settle, the newsreader whose calming voice I’ve been listening to on the daily commute for several years, making such a fuss of Ozzy and telling me how much he loves the breed. And presenter Rich Williams was very candid about his nervousness around dogs, which I hope we played a small part in easing.
It’s also been an active week physically. A while ago I signed up for something called ‘throws training’ which was organised by my running club. Blissfully ignorant, I made the lazy assumption that this was a running term and turned up at Thornes Park expecting to do some speed work using their fab facilities. 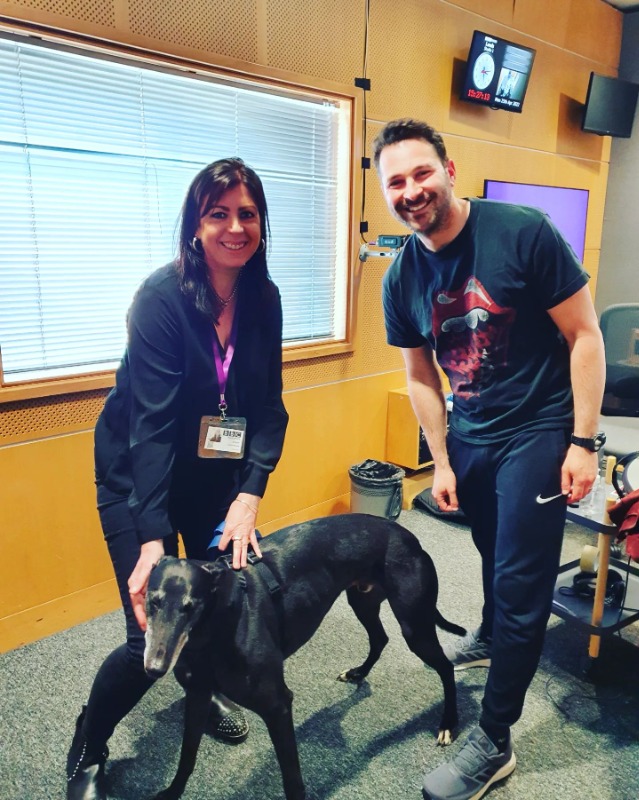 In actual fact I’d signed up for shot put.

I realised this when shortly after greeting us, our friendly coach presented us each with shot balls that, despite their small size, weighed a million stone each.
Heading across to our space on the athletics field, we were advised to place our shot balls on the floor whenever possible to avoid any strains or injuries. We were then guided through a warm-up more suited to an army selection process. Burpees are my least favourite thing on the planet and sure enough, we were asked to do as many as we could in a four-minute window, in between running up and down and doing jump squats. I’m abysmal at all of the above, which was abundantly clear in my poor form, but I’m sure I gave all the young athletes a laugh as they sprinted expertly around the track.

Next it was the shot put itself. This bit I really enjoyed. It was so much harder than I remember at school, with plenty to think about to get the technique right. You have to hold the shot ball a certain way, push it right into your neck and elevate your elbow to minimise the likelihood of strain. It’s then about leaning into position and the sequencing of movement before you commit to the actual throw. My lovely running pal Chris did a ‘before’ and ‘after’ video which does show some progress, however minimal, and we’re planning on another session in a few weeks where we’ll focus on discus or javelin. Apparently broader athletics training will be a really beneficial way to boost our overall fitness as we prepare for the harsh realities of the Leeds Marathon next May. 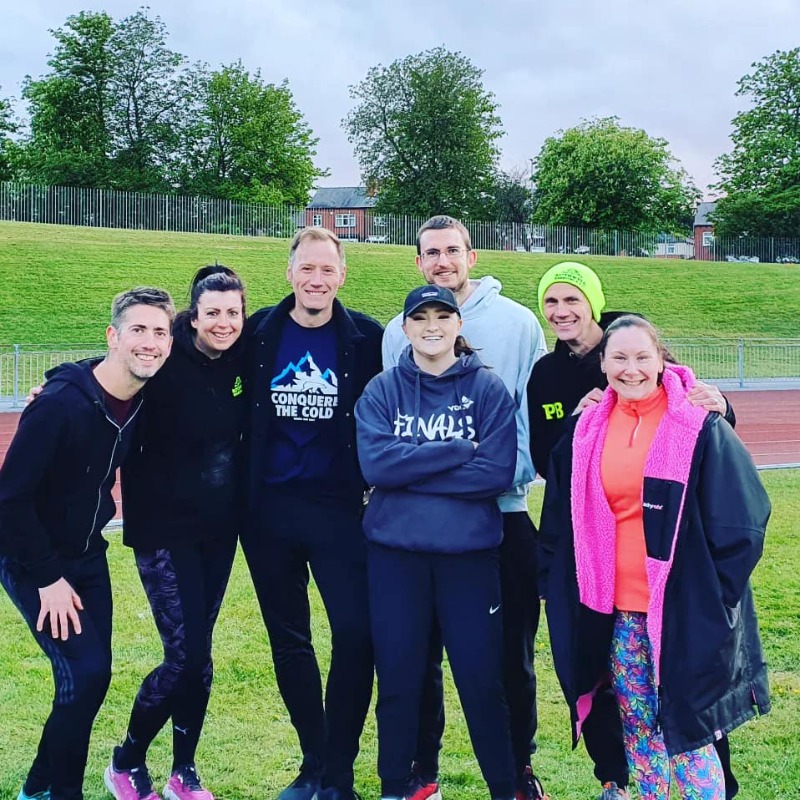 I was grateful to wake up on Wednesday morning with no aches and pains, contrary to what I’d expected. I went on a long social run with my club as normal, but halfway around the route felt that dreaded and almost audible ‘click’ as a muscle in my back gave up the ghost, probably in protest against all the physical activity I’ve inflicted on it since I hit my mid-forties. Interestingly, my main worry was “what if I have to stop running until it recovers?’. I did the rest of the run feeling winded, but by the next day there were no issues, besides my default state of waking up every Thursday morning feeling a bit broken and needing to walk down the stairs to breakfast like I’ve shat myself.
I guess the best take away from all of this is the realisation that rather than being terrified of exercising, I’m terrified of not being able to.

And if that’s not progress, I don’t know what is.

Claire can be found on Instagram and Facebook as my40pluslife.me
Also by Claire Kenny...
This Week Our 40 Plus Blogger Claire Kenny Tried A Workout With A Difference.“The Emotionally-Charged Standing Ovation For Rob Burrow Was A Privilege I’ll Never Ever Forget.”Orange Is The New BlackA Brilliantly British Bank HolidayOur 40 Plus Blogger Steps Back Into Normality