As a writer and singer Neil Diamond has given his fans some of the most memorable songs of the last 50 years.

As the title of the album suggests the hits are performed with the London Symphony Orchestra. Stevie Wonder crops up playing harmonica on September Morn. 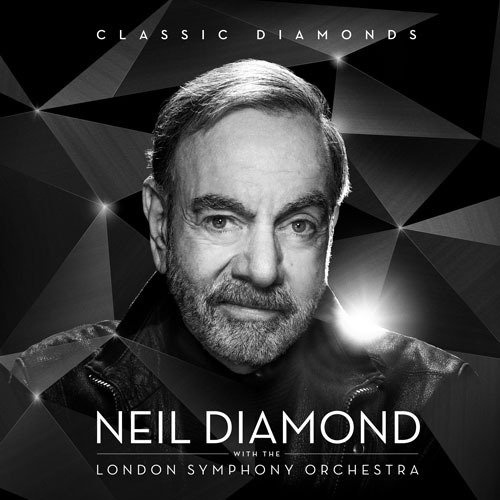 If you saw Diamond on tour a few years ago in Blackpool, Manchester or Leeds you will know what an entertaining performer he is.

Recorded at Abbey Road Studios in London and Diamond’s studios in LA, the 14 tracks are reinvented on this album giving the hits a new perspective.

Beautiful Noise gets a new lease of life as it opens up the album in fine form. I’m a Believer sounds completely different from The Monkees version. Written by Diamond he wrote songs for many different artists, much like Ed Sheeran does today. Here the track is performed in a slower style much like he does when he performs the song live.

I Am... I Said is completely re-worked from the original and is one of the standout tracks here, as an acoustic guitar makes you think that this is another song entirely.

You Don’t Bring Me Flowers sounds even better than the original version when you add the London Symphony Orchestra to the hit song, as does Love On The Rocks, which sounds different with Diamond singing the song on his own here (the original was a duet with Barbara Streisand).

Sweet Caroline starts off slowly, but if you are patient enough we get to that chorus that has become sung in bars from Blackpool to Bridlington.

It is a fine end to a fine album. Whether Diamond ever tours again because of health issues we don’t know, but for now this is a huge pick me up for his fans after a year we all would rather forget.