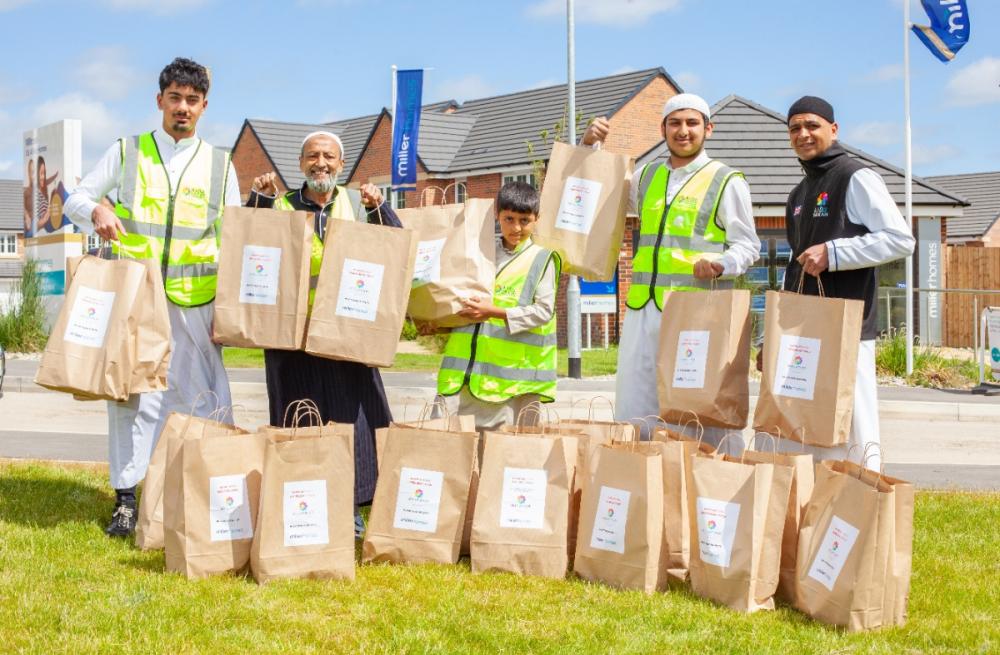 Aid 4 Ummah was founded by previous mayor of Blackburn, Ex Cllr Salim Mulla. Registered in 2015, the charity provide humanitarian services in crisis and non-crisis situations primarily in Sierra Leone and the United Kingdom to the most needy orphans, widows, destitute, homeless, aged and poor, irrespective of race, religion, culture and geographical boundaries.

The groceries supplied by Miller Homes, which included tinned foods, long life fruit juices and packet mixes, will be distributed to the most vulnerable in the local area by Aid 4 Ummah volunteers.

Clare Noakes, Sales Director for Miller Homes in the North West said: “We were delighted to partner with Aid 4 Ummah and support the fantastic work that they do in the local community. We hope this is the beginning of a long and successful partnership.”

Salim Masum Mulla, Country Director of Aid 4 Ummah added: “We are very grateful for the generous donation from Miller Homes, and look forward to distributing the food packages to those who need it most. So far, we have distributed over 10,000 emergency food parcels to those suffering in Lancashire during the unprecedented times we are facing as a country, and we are pleased to add to this number thanks to the help of Miller Homes”

Alongside working with Aid 4 Ummah, Miller Homes also frequently partners with the local primary school in Lammack, as well as supporting local organisations such as Blackburn Youth Zone.
https://www.millerhomes.co.uk/locations/north-west-of-england.aspx