Local To International: Yorkshire Festival Of Story Streams Settle To The World 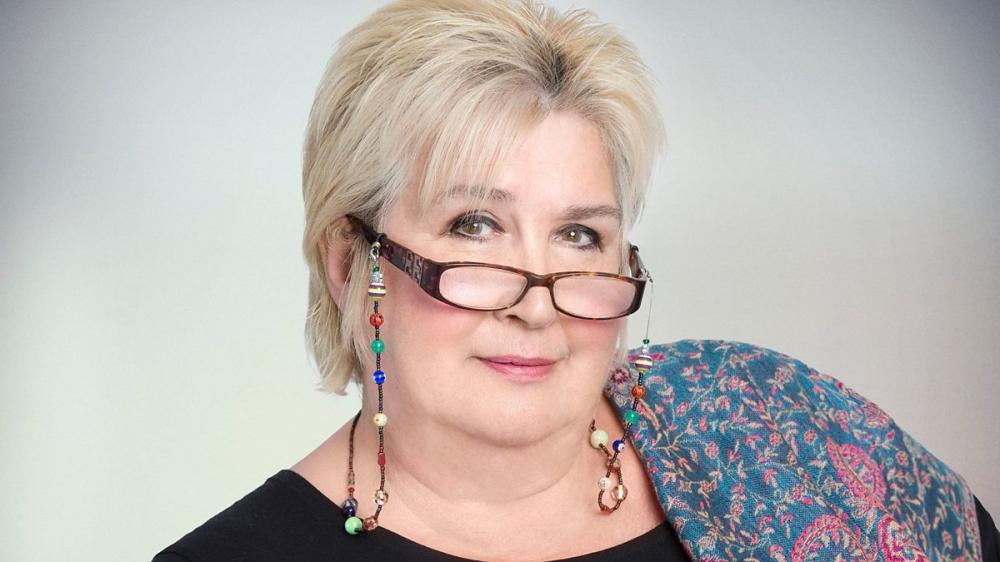 Dame Jenni Murray
Thousands of attendees joined local arts charity Settle Stories for their biggest festival yet. Yorkshire Festival of Story welcomed people from all over the world with 80 free online events throughout August. Festival Guest Director, Joanne Harris MBE, was joined by other big Yorkshire names such as Radio 4’s Dame Jenni Murray and Amanda Owen, the Yorkshire Shepherdess. The festival reached three times more attendees than it would have had it been in Settle:

"2020 was always going to be our biggest festival to date,” commented Sita Brand, Settle Stories’ Artistic Director, “but we never could have foreseen the amazing outcomes of delivering it online!”

This adventurous festival utilised online platforms such as Zoom, Crowdcast and YouTube to stream events and workshops, which were mostly live, to local and international audiences. When COVID-19 struck, many artists lost the majority of their work overnight. Rather than cancelling, Settle Stories’ took up the challenge to rework the festival into an online event, and the results have been outstanding. An external evaluator has found that the vast majority of attendees had never attended an online arts event before, and the overall audience rating is an impressive 4.6 out of 5:

“What we created was not a substitute for the original festival. It became even better than what was first planned. I’m so proud of what the Settle Stories team have produced” - Joanne Harris MBE, Guest Director. 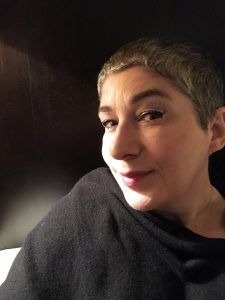 Joanne Harris MBE
Stories were used in a variety of ways to give audiences the opportunity to escape, to gain new perspectives and to get active. You could travel to ancient lands with traditional tales from children’s author Kevin Crossley-Holland, Booker-prize winner Ben Okri wowed with his collection of short stories and Mara Menzies delivered her sensational exploration of the legacy of colonialism in her much-celebrated storytelling piece, Blood & Gold.

The diverse programme also invited audiences to get up on their feet and learn new skills. With 80+ events, there really was something for everyone -

“We built an online community. People from countries all over the world took part. Some audiences were logging in during the middle of the night to join. We always had a busy event chat box and had fun in the online festival bar after. Someone from Long Preston told me they’ve made friends with someone from the US and they now attend other online festivals together” said Brand.

When the pandemic crisis took hold, Settle Stories was left financially vulnerable. Along with an ambitious programme of events, the charity launched an online fundraising campaign to recover losses in ticket sales and sponsorship from the live event. After the last event they exceeded their stretch target of £15,000:

“Thank you to all of our supporters. It’s a terrifying time for arts organisations out there. You have given us a lifeline in our hour of need. Thank you” says Charles Tyrer, Executive Director. 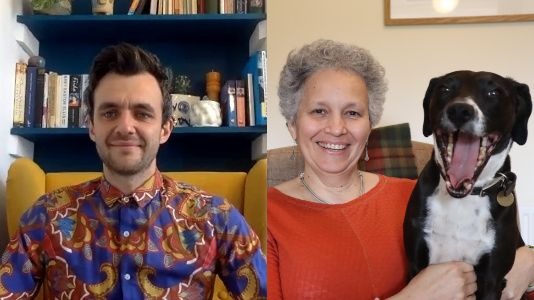 Charles Tyrer & Sita Brand
The Settle Stories team have had so many positive comments from existing and new audience members who say they would like to see the digital element of the festival continuing as the online format positively impacted upon their ability to participate. Festival organisers are determined to meet this need and are plotting the future of the festival.

Settle Stories had set out to celebrate our region in the context of the wider world. In an ever-changing landscape, the Yorkshire Festival of Story has combined ancient oral traditions with modern technology. Audiences have been able to travel through time and space from their homes thanks to the power of storytelling.

Festival organisers would like to thank individual donors, local advertisers, premium sponsor Aunt Bessie’s and local funders Settle Town Council and the Yorkshire Dales Millennium Trust, as well as Arts Council England and National Lottery Heritage Fund for enabling the festival to be such a success. The external evaluation will be made available to the public via the Settle Stories website.