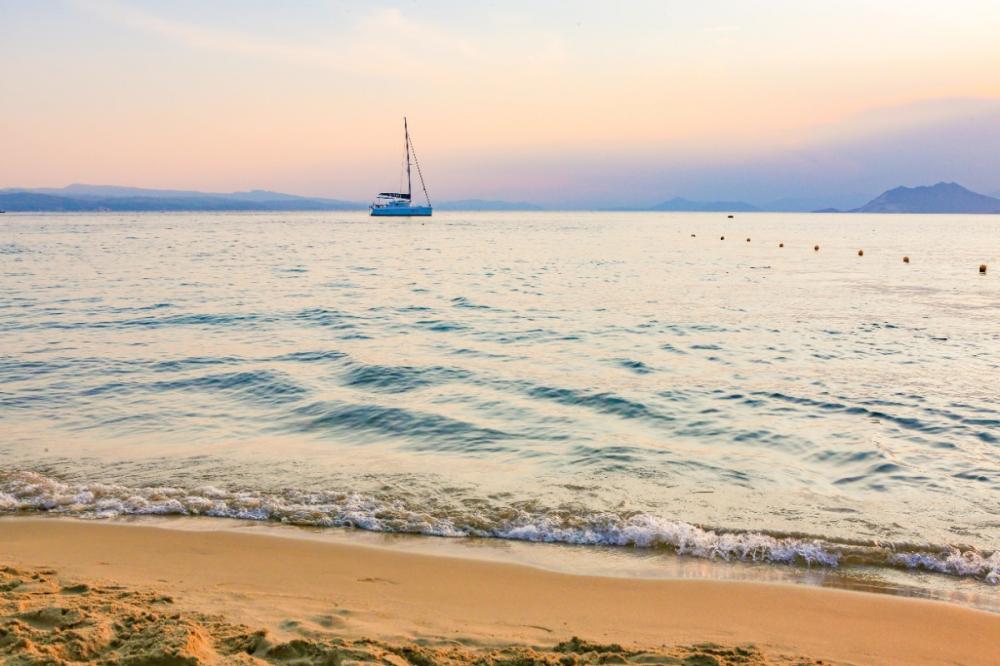 As warmth starts to turn to damp and grey skies become the new Autumn norm, five-star luxury resort, Elivi Skiathos, is offering a swan song summer deal with 15% discounts on any last minute ‘summer’ bookings between now and October 10th.

Perched on a hilltop on the Pounta Peninsula overlooking the crystal-clear waters of the Aegean Sea, Elivi Skiathos is the only five-star luxury resort hotel on the island and is surrounded by ancient pine forest, lagoons, olive groves and white sandy beaches.

And for those still keen for a last minute break, the hotel is offering up to 15% off room rates.

Spread across 213 acres, Elivi Skiathos is tucked away in an area of natural beauty on the southwest of the island beside a wildlife refuge and with direct access to four of the island’s best beaches and protected seas.

During the off-peak season when there are fewer visitors, Elivi is a haven of tranquility and guests are encouraged to take part in the numerous activities on offer at the hotel and on the island.

With milder temperatures than the summer months - averaging at around 23°C - hiking through the national park in the shade of the pine forests (which make up 70% of the island) is an appealing option for guests, as well as cycling or horse riding through the olive groves.

Skiathos is also popular with migrating birds, and bird watchers are guaranteed some good sightings, particularly in the cooler months. There are also multiple opportunities for watersports, swim safaris, guided snorkeling and scuba diving, with guests able to enjoy the more remote and beautiful beaches away from the summer crowds.

For foodies, September is the time for honey and grape harvests and olive picking, allowing guests the chance to try some of Skiathos’ finest produce.

Elivi Skiathos closes for the season on 10th October 2021 although the Nest Rooms, Villas and Suites closed earlier this week (26th September).

Rates start from €245 per night based on two people sharing a standard room. (www.elivihotels.com, +30 24274 40900)
Also by Phil Hopkins...
Gatsby’s Back – And YOU Are Part Of The Show!One Bloomin’ Good Sail To HollandWizz Air Restarts More South Yorkshire FlightsOne Of Mallorca's Classier Sunshine Spots - Port SollerPedro, Palma And His Fish & Chip Love Affair!