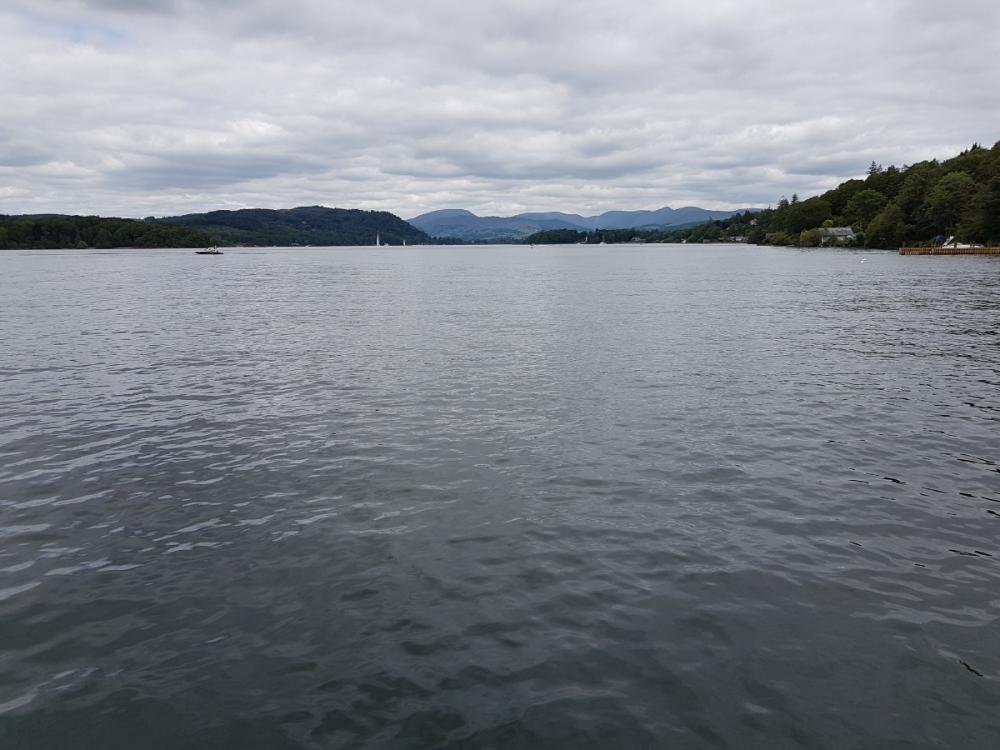 Windermere’s Beech Hill Hotel & Spa reminds me of my favourite programme from the 70’s: Starsky and Hutch!

The detective duo’s sidekick, Huggy Bear, would create a ‘diversion’ so that the two main protagonists were able to apprehend the bad guys who rarely spotted the truth of what was happening.

If a hotel sets itself a high benchmark then fails to deliver, however slightly, then it can only hope that the diversion it creates is sufficient enough to take prying eyes away from those areas where it might be a little less than perfect!

The Beech Hill opened in the early 1900’s and its website articulates two specific narratives: “….Windermere’s most distinctive 4 Star hotel,” and, “From the eastern bank of Windermere, the dramatic views across the lake to the Western Fells are nothing short of breath-taking.” 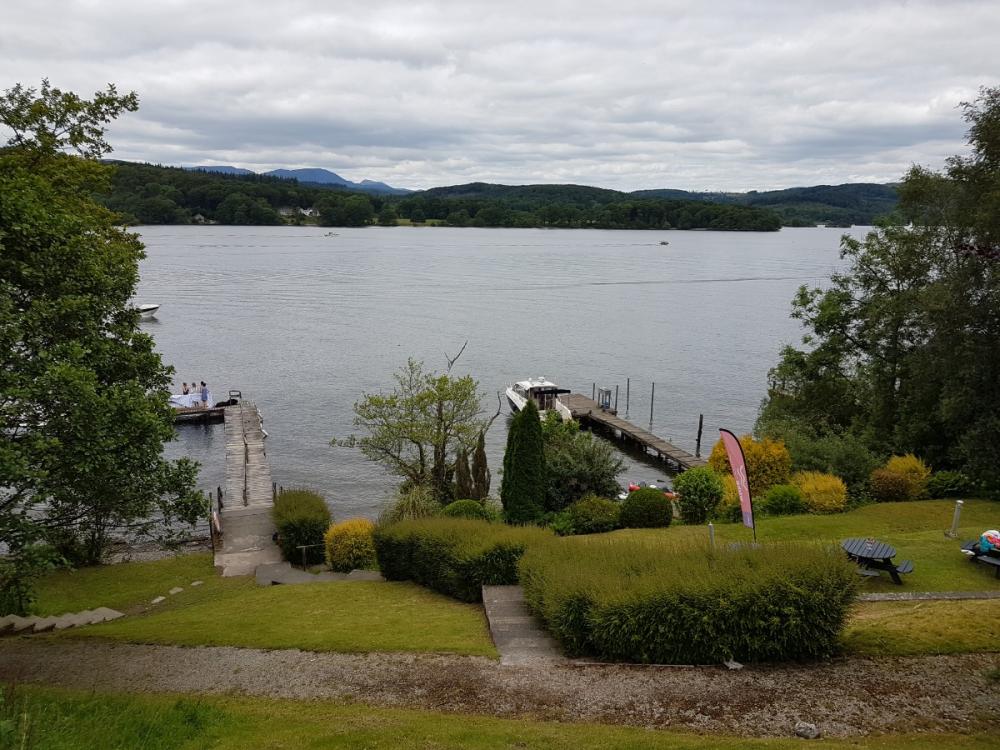 With those two sentences fixed firmly in my mind, I began the 75-mile journey north to Wordsworth country to sample the wares of this lakeside property, which poles in at around £180 a night, certainly for one of its Select Lake View rooms in which the two of us would be staying.

And, in truth, we were greeted by a beautiful, imposing building, one of thousands in the Lake District National Park made from traditional stone and slate. 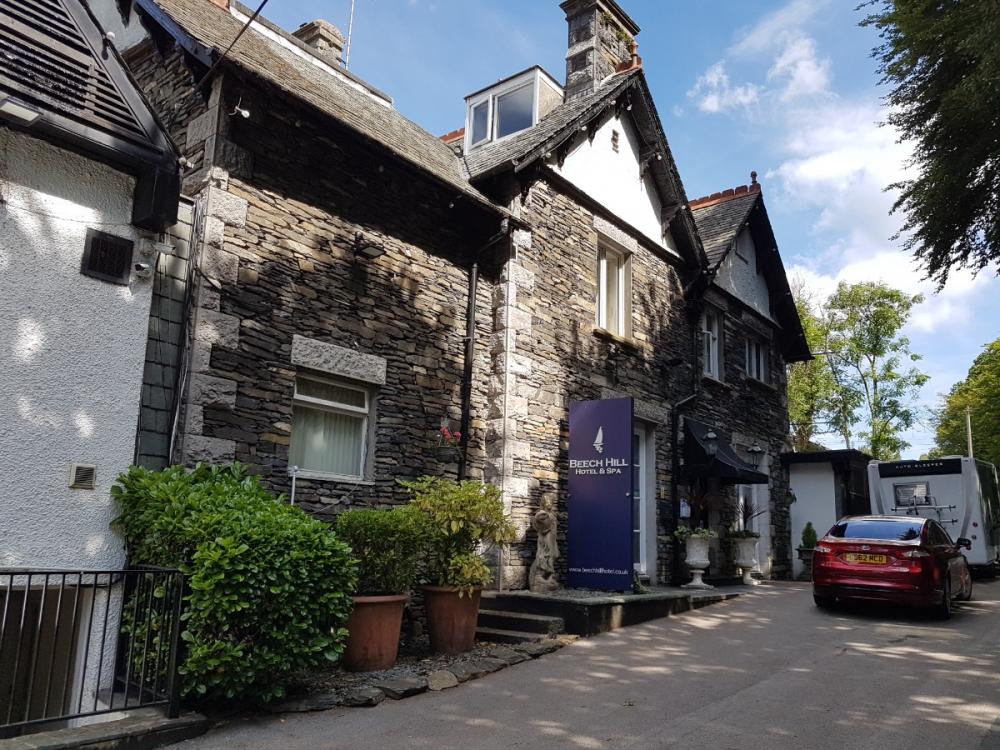 Not only did it have excellent parking facilities to the rear, but there were also electric car charging points at the front and at least one disabled parking spot, which is all very well until you realise that there is no lift in the building, limiting anyone with a physical disability.

However, as someone who has personally owned a 19th century building, I totally appreciate the problem that the hotel owners face: installing a lift not only costs a fortune, but it might be nigh on impossible in such an old building. Nevertheless, if you do have a physical disability then you need to be aware of this restriction.

It’s also probably why I became so familiar with the number 66 during my two-night stay: that’s how many steps I had to descend to reach my lakeside room! And yes, there was a view to die for… 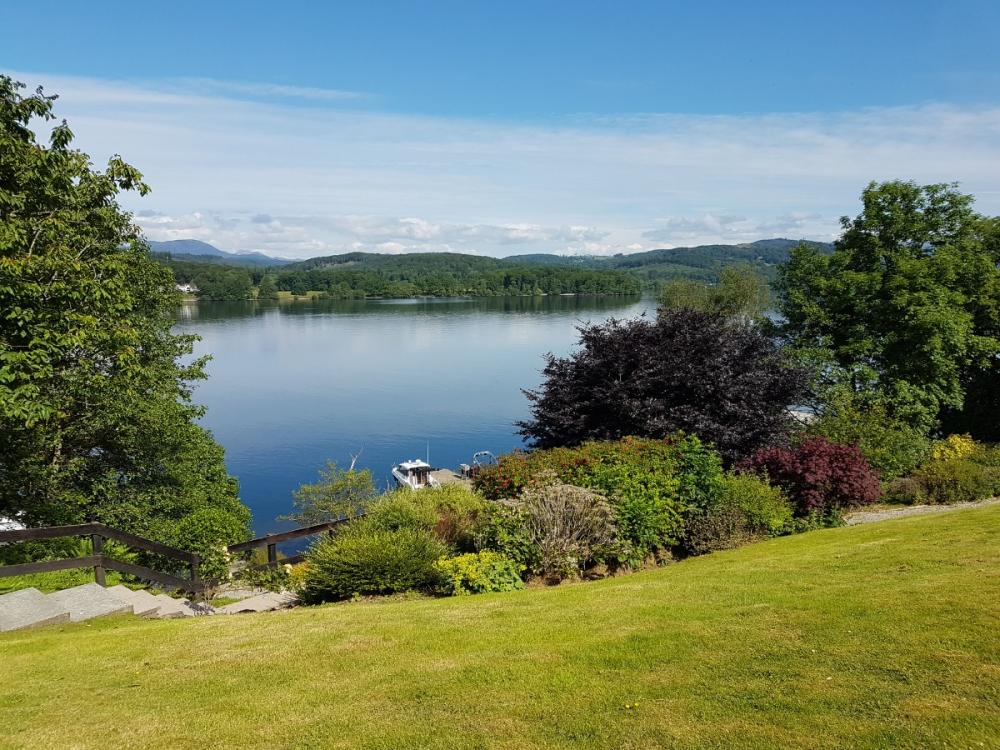 … but who needs a treadmill when your thighs get a workout every time you have to pop up to reception! Before you ask, there is a phone in the room if you’re feeling overly lazy but, if you do opt for the exercise, just be aware that at least one of the step climbs did not have a handrail.Without doubt the Beech Hill Hotel & Spa is located in a picture postcard setting and, because it slopes down from the roadside towards the lake, the property is on several tiers, hence the considerable number of internal steps: the closer you get to the lake, the further you have to climb back to reception! But, step outside, descend a little further and you will be at the side of Lake Windermere in seconds, marvelling at one of the most beautiful views this side of the Swiss Alps! 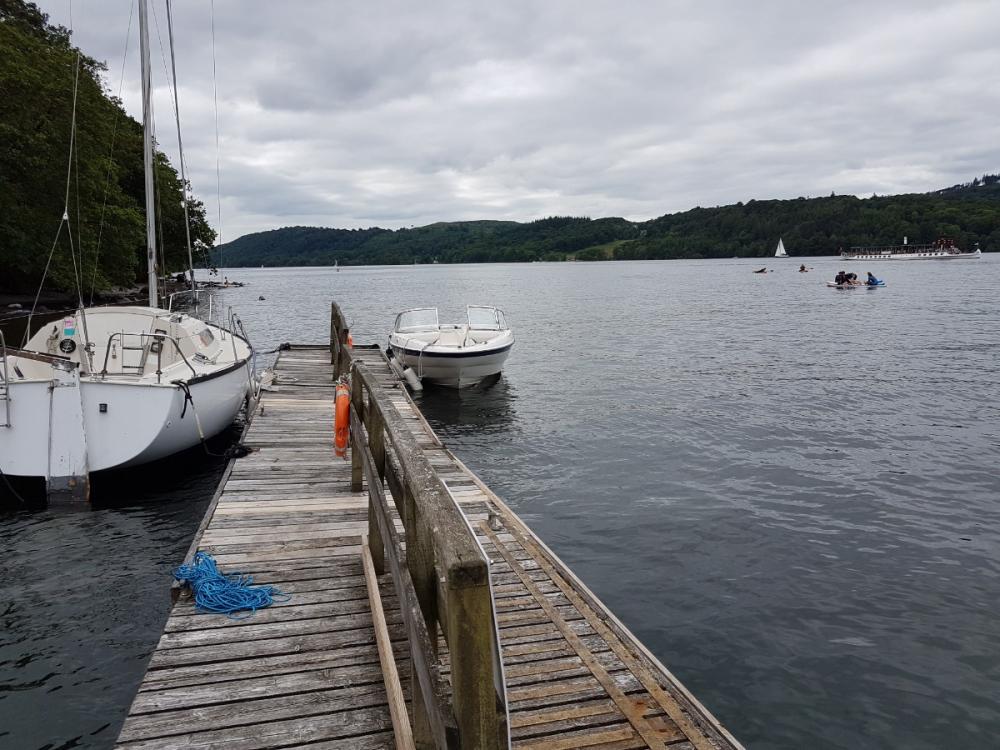 So, if views are your thing then, without doubt, opt for a lakeside view room. You won’t be disappointed.

But, back to the Starsky & Hutch analogy! That’s the ‘stunning’ diversion which will take your eye off the room for which you are paying circa £180 a night. What did I think of it?

The room in question was small but perfectly formed! It was clean and tidy with crisp white bedding if a little tired. 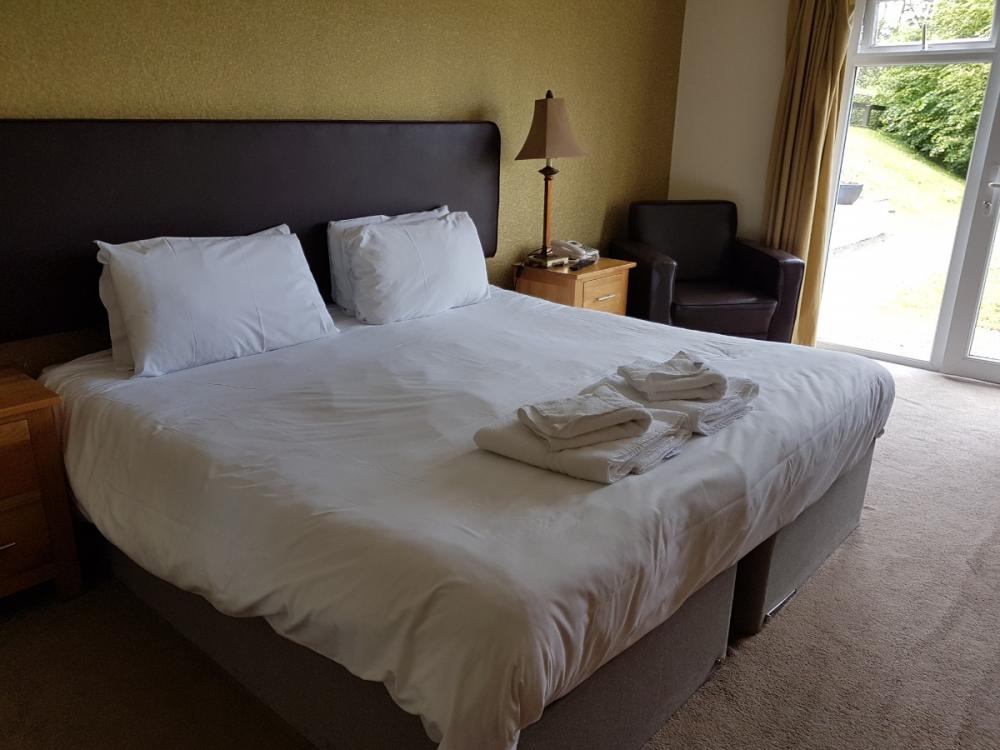 The power shower was excellent, nearly blowing me into the lake, however, I wouldn’t have expected to have had to ask for a non-slip mat for the over-bath shower. I didn’t and, at one point, nearly came a cropper. My fault or should mats be included as standard? You decide.

The vanity mirrors were devoid of their reflective coverings at the edge, there was a tiny bit of black mould round the shower – nothing to alarm - and the chairs in the room seemed as though they were from an earlier decade but the bed was massive, comfortable and, without doubt, the room was clean if, perhaps, dated.

I would happily stay there again which is the ultimate acid test. On the advice of a friend we made the short drive to Tarn Hows 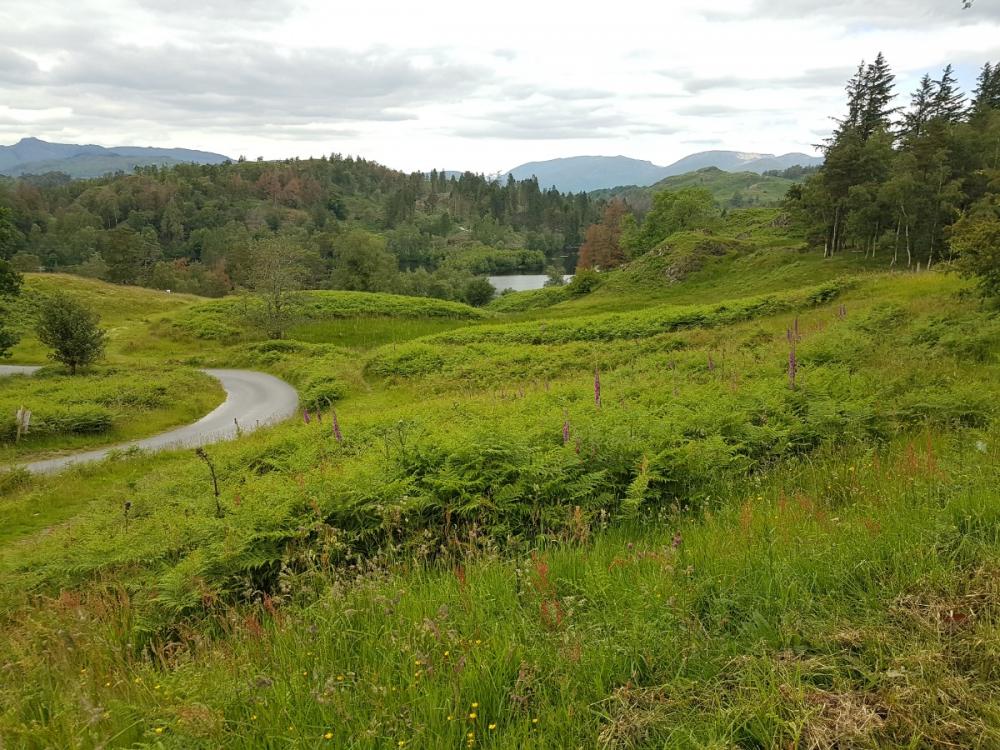 ….two miles northeast of Coniston and about 1.5 miles northwest of Hawkshead. It is one of the most popular tourist destinations in the area, is managed by the National Trust and is absolutely wonderful; a timely antidote to the more touristy town centres of Windermere, Bowness on Windermere and Ambleside, all of which we visited, and loved, during our stay. 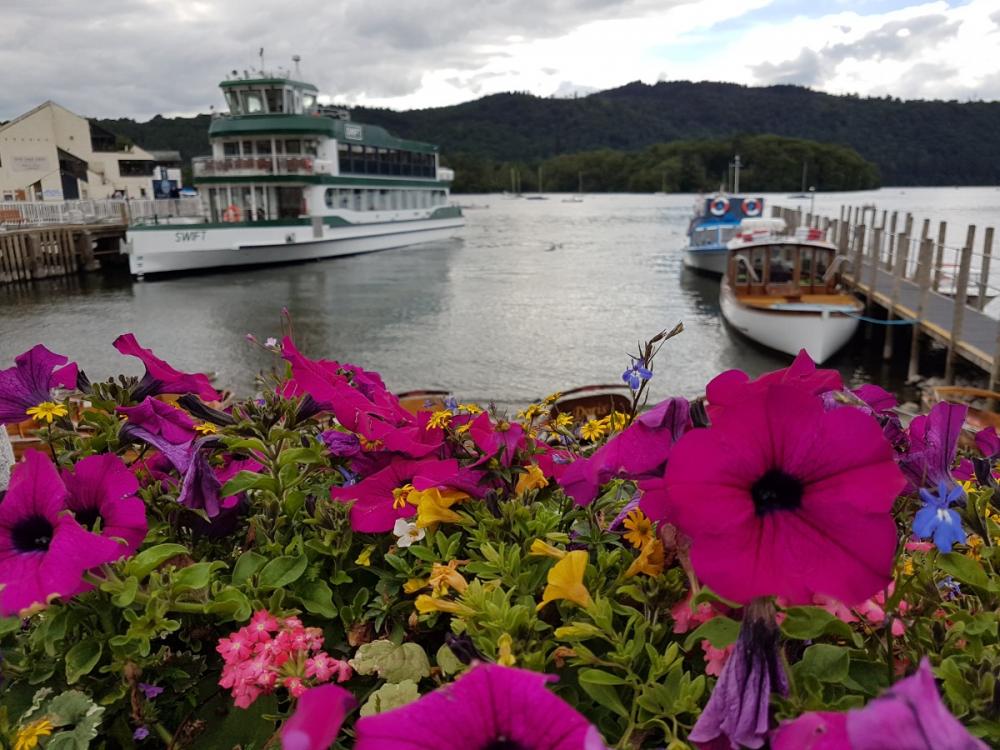 ”We’re from Whitley Bay,” chimed the lady we met as we circumnavigated the tarn. We spoke to her, her hubby, son, “he’s in IT” and stroked the family’s affectionate mutt before being invited to drop in for a cuppa if we were ever in the Whitley Bay area. Lovely people and so relaxed, probably the result of the area we were all enjoying. 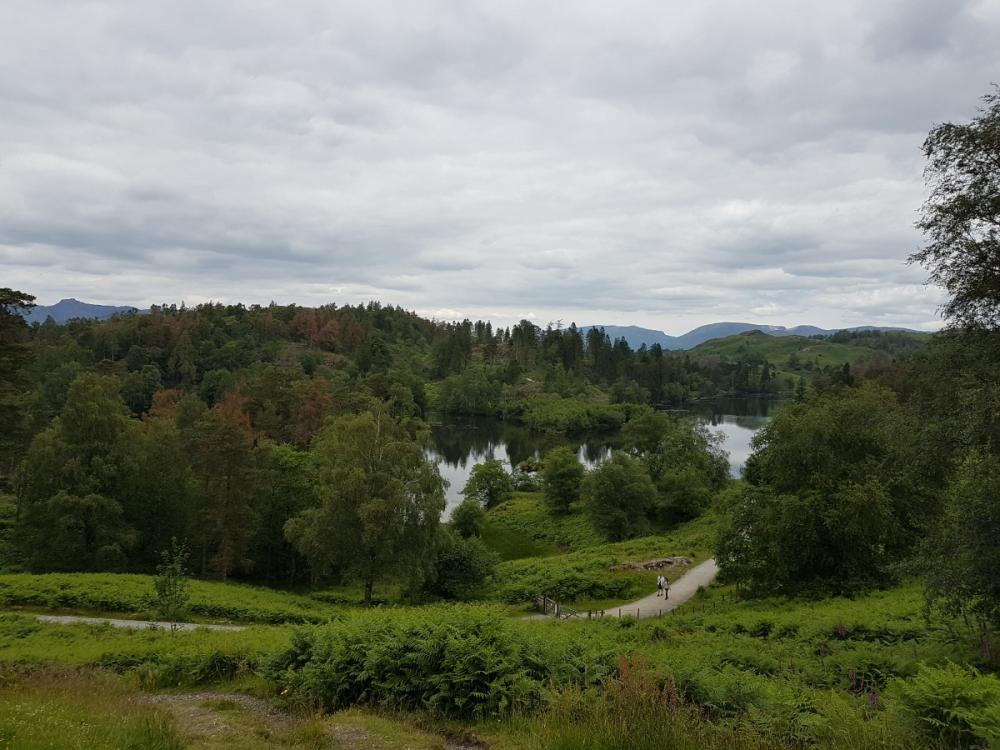 Back at the Beech Hill Hotel we had booked a session in the spa which, in truth, was absolutely cracking with a wonderful indoor pool 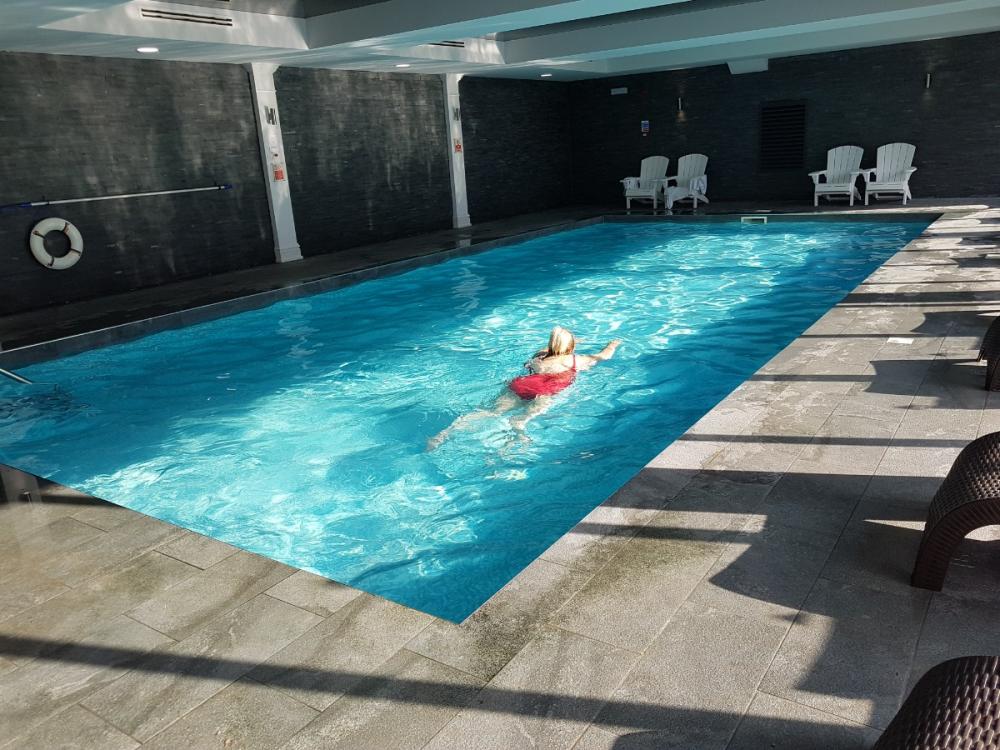 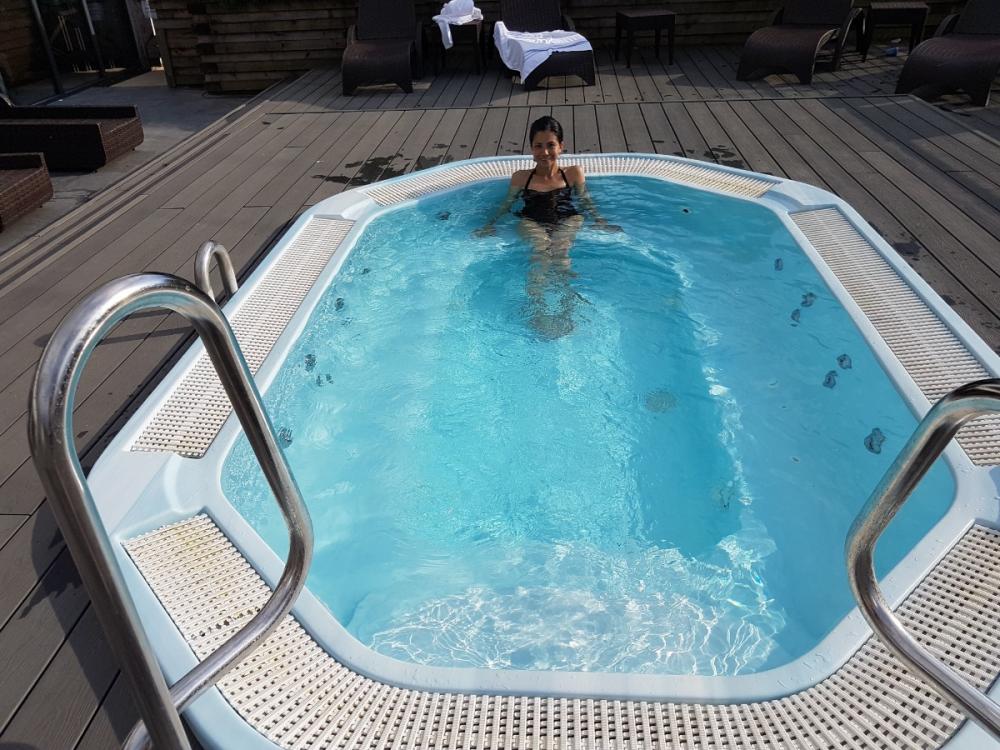 By the time we had to get ready for dinner we looked like two prunes that had been stewing slowly for several hours! All this relaxation had conjured up a huge appetite which was about to be satisfied in the wonderfully spacious Burlington restaurant, perfect for the property’s social distancing regime. 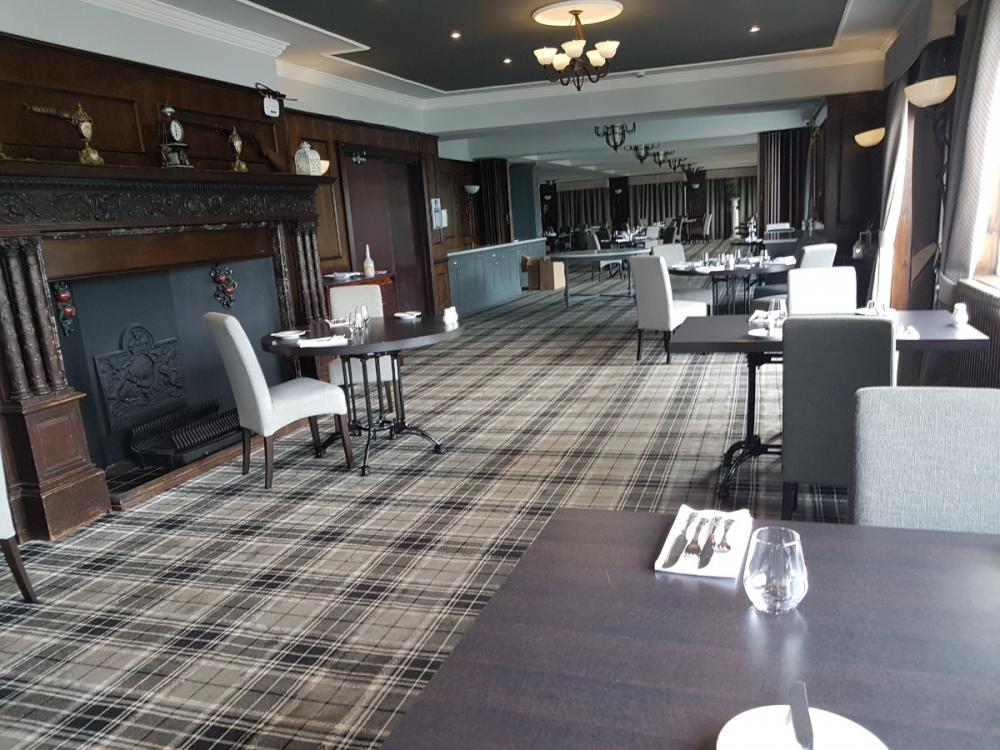 There is a timeless elegance to the Beech Hill Hotel which is clearly from another period: a Venetian chandelier, a bronze deer 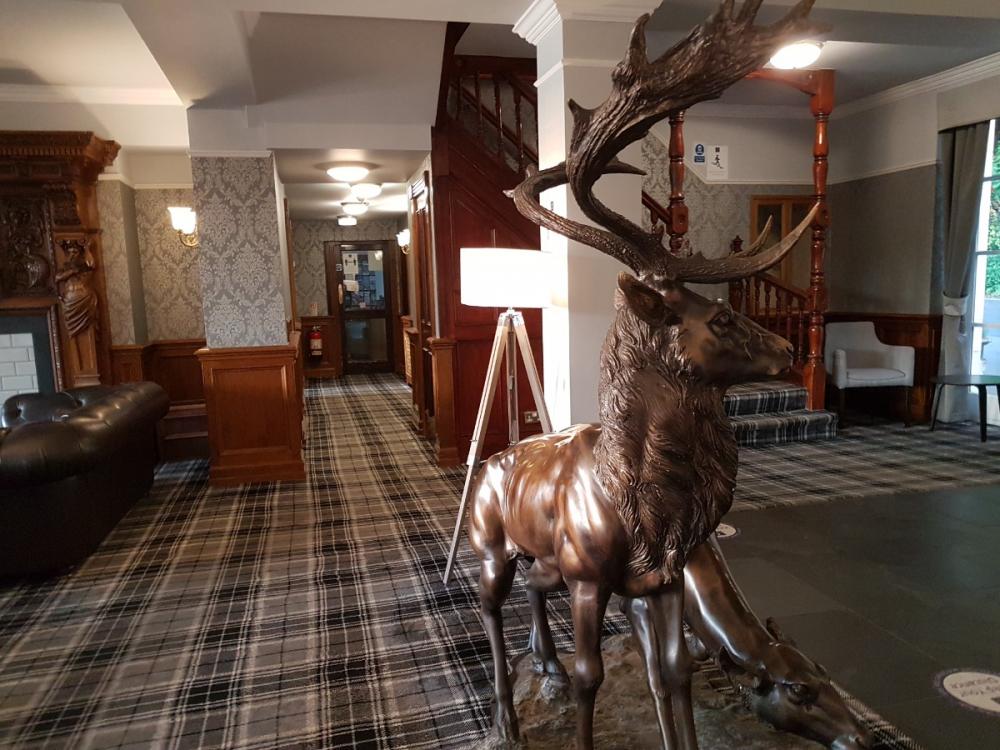 ...and a roaring log fire (in Winter at least!). The food was most palatable – I wouldn’t say amazing – and I am not convinced that a four-star hotel should be serving its breakfast accoutrements – tomato sauce for instance – in tiny paper holders. 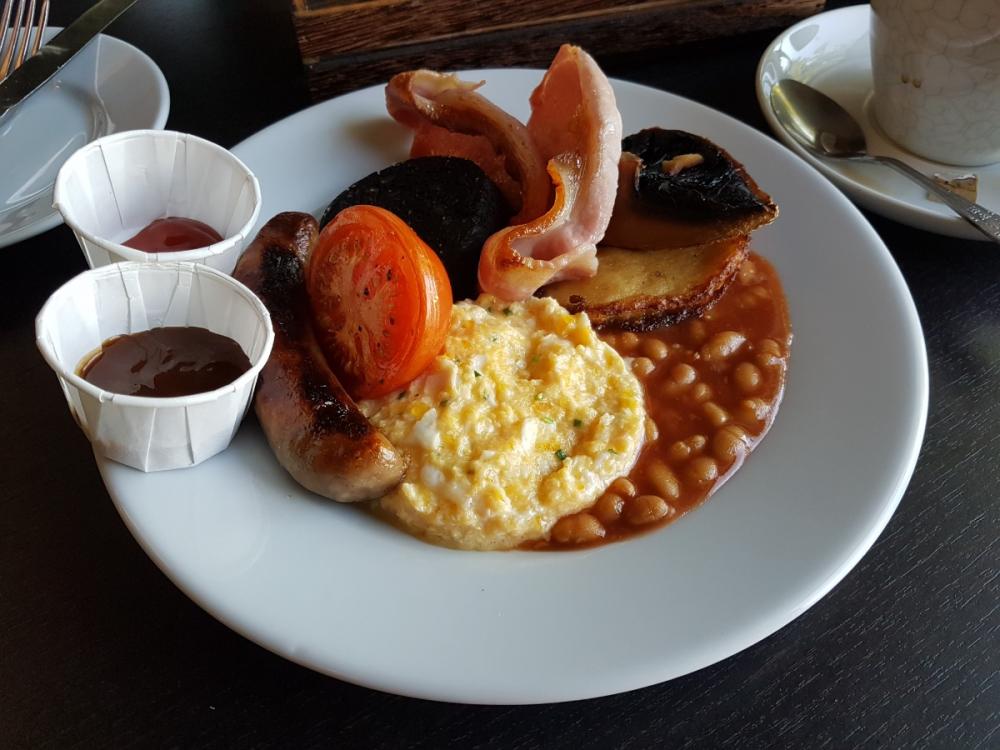 That said, the morning fodder was excellent although the previous night’s evening meal had momentary recollections of: “Did this come out of a tin?” which, at a few pence short of £40 for a three-course meal you wouldn’t expect.

I applaud the hotel wide non-smoking policy – then again I am a non-smoker – and, as you might expect, remoteness does come with its wi-fi challenges: it was only available in the bar and lounge. But, who needs Facebook, Instagram and Linked In when you have views to die for?The Beech Hill Hotel & Spa was well patronised. The girls from Belfast that we spoke to were more than happy as were the two couples from Suffolk and Eastbourne.

As to whether this is Windermere’s most ‘distinctive’ hotel, I couldn’t say because I haven’t visited enough of the competition. But what I can say is that it is certainly a distinguished looking property but, if Huggy Bear, had been around he might have suggested a small diversion, simply to avert the gaze of the hypercritical from the slightly dated interior fittings, in favour of the to die for views, just inches in the other direction!