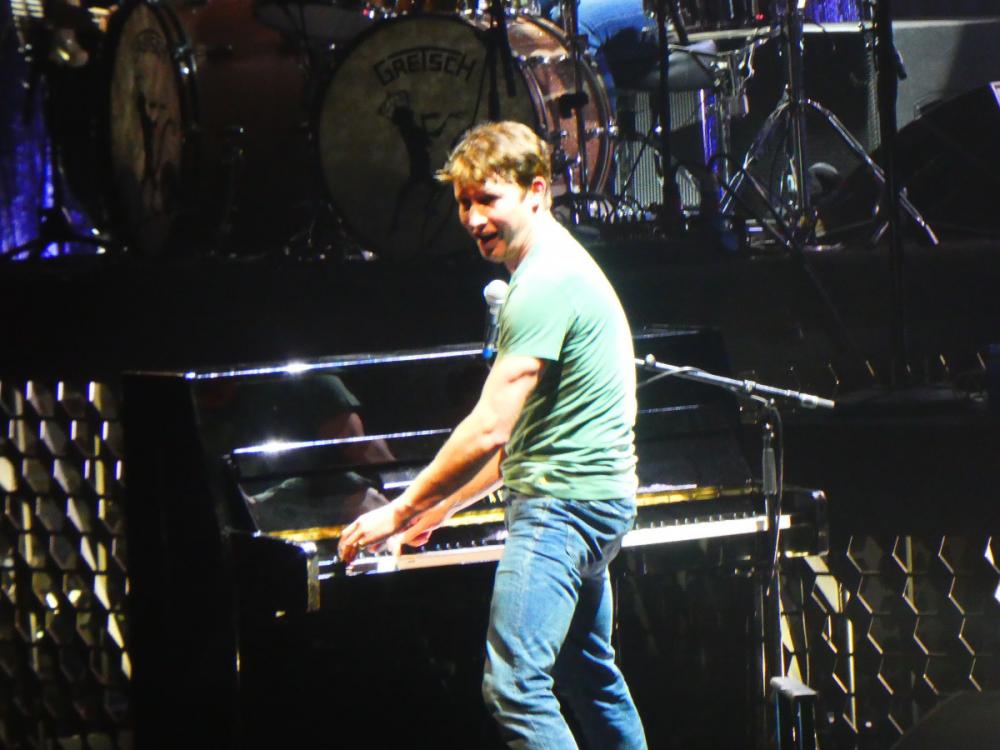 Think of James Blunt and the song you always associate with him is You're Beautiful but as he himself shared with the audience the advice he received from Elton John was to "play the Hits". Over the course of 90 minutes Blunt displayed that he is not a One trick pony.

Indeed over the last few years he has been providing guest vocals on dance tracks such as the Robin Schulz hit, OK which is played during the latter half of an accomplished set.

He walks on stage dressed simply in a green T Shirt and jeans as he casually performed How It Feels To Be Alive. Backed by a tight band Blunt moved from playing guitar and piano effortlessly.

Even if you didn't know the words to most of the songs it didn't matter as many of the lyrics were displayed on the giant video screens. He apologises for not returning back to Manchester sooner, the tour being the second night into his year long tour. 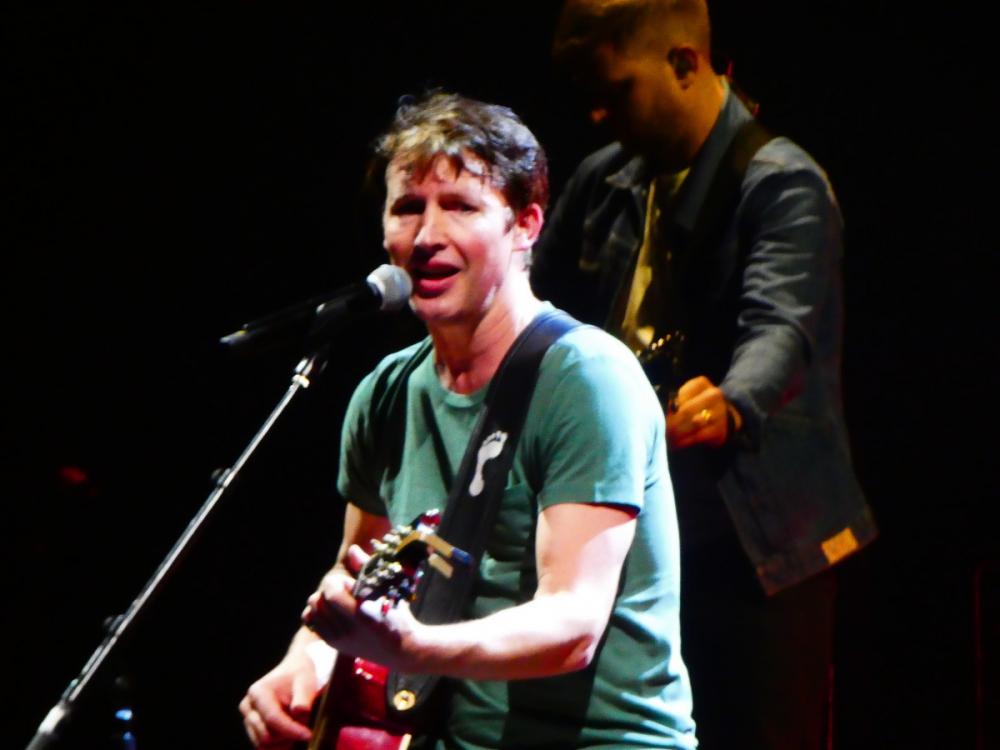 Goodbye My Lover needed no introduction, just as Chris de Burgh appealed to a wide ranging audience so does Blunt: the fans ranged from 20 year olds to those who will have probably retired by now. Sat at his piano whilst the rest of his band took a break it displayed the song as it was always meant to be played.

Ward Thomas, the support act on the tour join Blunt on stage for Goodbye My Lover just as they do on the new single. The two girls' voices work well with him.


Also by Graham Clark...
Andrea Bocelli To Perform Live Easter Concert On Line From Milan CathedralThe Imbeciles - The ImbecilesThe Manfreds Set To Wash The Blues Away On Autumn Tour With Georgie Fame As Special GuestAdd Some Variety To Your Day With The Best Seat In The HouseHale Barns Carnival Launch Party At Home With Hot Chocolate And Brother Beyond
You're Beautiful is saved until very near the end, couples swoon together and for one moment the arena felt a lot smaller place. The mood uplifts with Stay The Night and the Robin Schulz track OK. Surprisingly rather than end on an uplifting track he closes with Monsters.

By now the fans were in the palm of his hand as he encores with Cold, one of the best tracks of his last album. 1973 lights up the stage like one big disco before Bonfire Heart closes what had been an unexpected surprise. He may not have had as many hits yet as Sir Elton but Blunt looks set to be around for years to come.