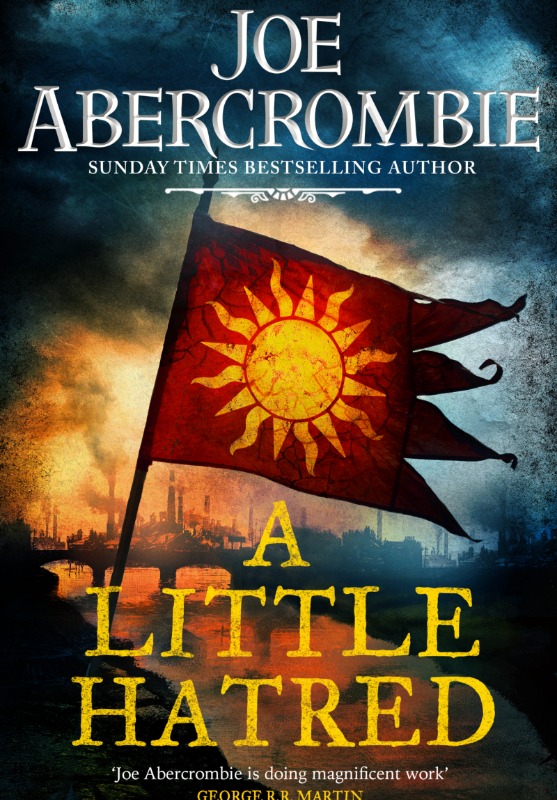 The fantasy genre has undergone something of a renaissance in recent years. With its popularity increasing as a result of television adaptations, most notably of George Martin’s Song of Fire and Ice (Game of Thrones), at the same time there has been an inspiring change from the standard tropes and characterisations of fantasy fiction. There may still be a tendency to produce long, multi-volume epics, but the likes of Robin Hobb and Peter Brett have elevated the artform. Joe Abercrombie is another who falls into this category. Full of humour and brutality, his work is in some ways reminiscent of historical fiction, like that of Simon Scarrow or Bernard Cornwell, albeit much dirtier and more brutal. It is a very human world; there are no elves and orcs to be found here, and the humans are flawed and complex. There is some magic, yes, but it is rare; there are no magical McGuffins driving arbitrary quests to find or destroy them.

Abercrombie’s First Law trilogy, produced between 2004 and 2008, introduced the world to which he returns in his latest novel, A Little Hatred. The new work is set one generation after the original trilogy, and many of the same characters turn up, older but not necessarily wiser. The focus is on the younger generation, however, and it is the daughters and sons of those older characters who take centre stage. Abercrombie has imagined a world where the Industrial Revolution has rapidly taken place, with the medieval fighting technology of sword and shield existing alongside the sudden development of factories and weaving machines. He uses this to bring in political and societal themes: capitalism, immigration, exploitation of labour, sexuality; there are even hints of Brexit. None of this is done in a laboured or pedagogical way though: he wears his allegory lightly and with a sardonic undertone. On one occasion, two of the characters are discussing a new development, a printed ‘newsbill’:

The first half of the book introduces the main characters and moves them into position for the madness that will unexpectedly envelop them. Similarly to George Martin’s series, there are chapters devoted to each of these main characters in turn. Unlike Martin, though, Abercrombie keeps his chapters short and gripping and there are no characters that are weak or of lesser interest. Indeed, some of the second-tier characters are as fascinating as the leads: Gunnar Broad is one, a veteran of many battles returning home with evident post-traumatic stress, wanting to have a peaceful life but unable to prevent himself becoming caught up in bouts of extreme violence. Of the leads, Abercrombie has brought female characters to the fore: Savine, manipulative socialite and ruthless businesswoman, sexually confident and unafraid to fulfil her desires; and Rikke, on the run in the North and blessed—or cursed—with the ‘Long Eye’, giving her random visions of future events. It is in the detail that Abercrombie truly shows his dexterity and skill: Rikke’s visions are accompanied by epileptic seizures, and she carries a wooden peg on a chain round her neck so that she can bite on it during the fits. There is an exquisite tension in the book as Rikke’s visions keep proving to be true, yet a nagging doubt remains over the key one because her lover’s life depends on it and she wants it to be true: the reader is never sure which way this will go until the events finally unfold. It is a rare skill of Abercrombie’s to maintain that balance of doubt. 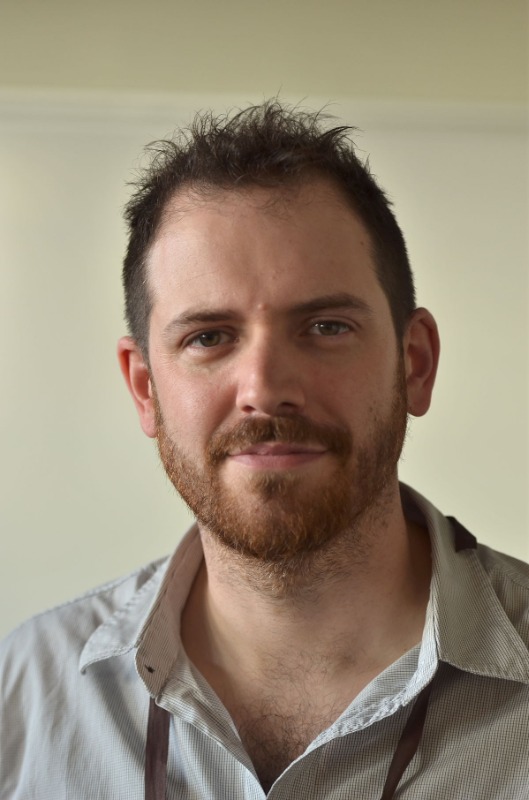 Joe Abercrombie
The second half gradually brings more of the characters together by way of shocking and gruesome violence. Battles and fighting in Abercrombie’s world are never glamourised and heroic. War is dirty, nasty, brutal and bloody. Death can be random and sudden, and no character is safe from a quick and unexpected demise.
In one notable chapter, Abercrombie passes from one character to the next during the insurrection against industry and the slum conditions of the poor. We see the violence from each character’s viewpoint, with an interaction leading on to the next character in their turn, with some of the characters being key players while others simply appear once, then are gone. It is a striking and effective method, and one that Abercrombie used to similar effect in The Heroes, though in that instance each character was killed in turn as they encountered the next.

Abercrombie is fond of scattering aphorisms throughout the dialogue, particularly amongst the characters in the North. 'Promises are like flowers,' goes one of them. 'Often given, rarely kept.' These provide regular doses of wry humour and give the feeling of a realistic, regional way of thinking and talking that is not unlike that of Northern England. I can’t help feeling that, for the Lancastrian Abercrombie, the phlegmatic attitude of the Northerners in the book is deliberately close to home.


Also by Roger Winterbottom...
Labour Awakes From Hypersleep To Find A Different WorldCorona-Nation StreetA Week Is A Long Time In EpidemiologyA Priti Good Day To Bury Bad NewsThe Cummings and Goings of Government
Perhaps the most satisfying thing about Abercrombie’s world of the First Law is that there is no black and white. There are no heroes and no villains. Even the ‘good’ characters are flawed: Leo dan Brock is the young, handsome warrior, loved and admired by his companions and seeking glory on the battlefield, but he is also petulant and childish. On the other hand, Orso, the Crown Prince of the Union, is a dissolute wastrel, spending his life drinking, gambling and whoring; yet he finds himself surprisingly skilled at negotiation, saving lives through diplomacy rather than furthering the cycle of violence. This being the cynical reality of Abercrombie’s world, however, others undo his good work and ruthlessly kill those whom he would have saved. Meanwhile, Rikke begins the narrative being shocked by violence as it unfolds before her, but ends the book consumed by hatred for the enemy who would have had her killed, and she dreams of enacting the same revenge on him. Savine starts out as self-possessed and self-assured, yet becomes traumatised and haunted by the things she has seen and done.

This muddying of good and bad is a classic feature of Abercrombie’s writing. In the original trilogy, one finds oneself rooting for Glokta, the most feared individual in the Inquisition, who has killed and tortured countless people, while the seemingly good mage, Bayaz, is gradually revealed to be something very different, with motivations that are far from pure.

Ultimately, A Little Hatred is a sterling addition to the fantasy fiction genre. Rooted in the brutal reality of the human condition and all its complexity, it shines a harsh light on motivation and character: we see pettiness, anger, cruelty and inhumanity; yet we also see forgiveness, hope and love. All of this is modelled with wit and cynical humour, with some genuine laughs sprinkled throughout. At the same time, there are ferocious fight scenes exposing the ugly reality and brutality of war. Setting this against a backdrop of industrial revolution is a bold choice, and one that allows Abercrombie to make more political allusion than usual, though he is never heavy-handed with it.
At the start of Part II of the book, Abercrombie quotes from Terry Pratchett: 'Progress just means bad things happen faster.' A lot of bad things happen in A Little Hatred, but it is a wonderfully entertaining read: in this novel, a little hatred goes a long way.


A Little Hatred is published by Gollancz.