Album Review: 10 Tracks to Echo in the Dark The Kooks

10 Tracks to Echo in the Dark The Kooks
Connection; Cold Heart; Jesse James; Closer; Sailing On A Dream; Beautiful World; Modern Days; Oasis; 25; Without A Doubt. 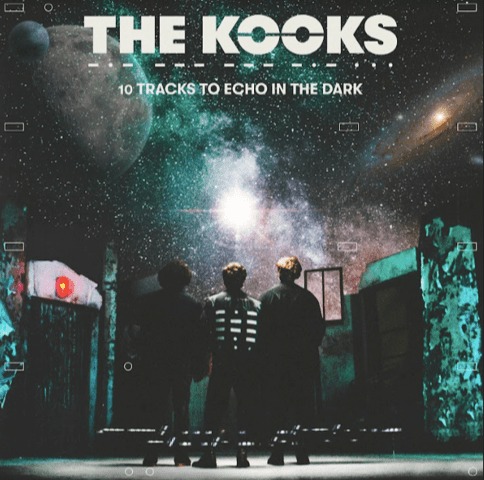 The Kooks have spent nearly two decades at the forefront of the British indie pop scene. With a distinct ability to write understated bops, the trio may have changed line-ups a few times since their formation in 2004, but their appeal has never waned. However, as they land at their sixth studio album, they have shaken up their sound and introduced a more electro leaning sound. So how does 10 Tracks to Echo in the Dark shape up as a result?

Mostly written and recorded in Berlin, the album opens with the somewhat deceptive anthem, Connection. Boasting a The Killers-esque vibe, it suggests a stadium driven rock electro vibe. While that holds a lot of appeal, and the song itself is very strong, what follows is far more interesting and diverse.

Having added a new dimension to their sound has seemingly freed The Kooks from the formula that had defined their earlier releases. With an experimental feel to many of the album's songs, the group have not lost the ability to both deliver radio appeal or dance- and sing-ability.

With elements of Chester French, Two Door Cinema Club, The Strokes, MGMT and Parcels, 10 Tracks to Echo in the Dark is at its strongest with the upbeat optimism of Oasis, which is destined to become a TikTok driven summer sensation. While the most similar to their prior work, Cold Heart, comes a close second and the shoulder shaker 25 is destined to fuel moves on indie dance floors for many years to come.