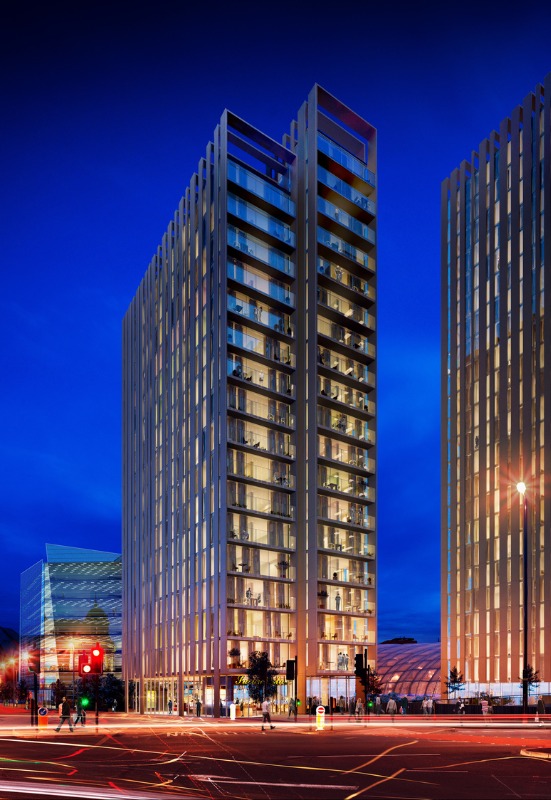 On the first anniversary of the ground-breaking on the award-winning £130m New Victoria development in central Manchester, £50m has already gone directly into greater Manchester’s economy, through local employment, tax and sourcing materials. A further £65m has been spent with small businesses supplying materials for the project as part of the wider supply chain across the North West. The development employs 550 people during the construction phase, with completion due in 2024.

New Victoria, which is owned by Pension Insurance Corporation plc, a specialist insurer of defined benefit pension schemes, will deliver 520 new homes on an inner-city brownfield site by regenerating a key part of the city centre. The development will include 460m2 of new landscaped space, which is the first-time this site has had any green space in over 100 years.

I would like to see development projects like this in every region and city of the UK, a new golden era of urban regeneration and job creation...
The cashflows from the rental apartments will be used to pay the pensions of PIC’s policyholders for decades to come. PIC has partnered with Muse Developments and VINCI Construction UK to deliver the £130m Build to Rent scheme.

Tracy Blackwell, Chief Executive Officer of PIC, said: “We are very pleased and proud to have brought so much social value to the north west through this award-winning project. Once complete, New Victoria will help to pay the pensions of our policyholders, fulfilling PIC’s purpose. As an outcome of this purposeful investment, hundreds of millions of Pounds are being spent over the course of the project in the local economy, supporting jobs, helping the environment and benefitting the wider levelling up agenda.

“With the Government currently considering reform of Solvency II, the insurance regulatory regime, to help encourage more of these types of projects, there is a significant opportunity for other regions across the UK to benefit from similar developments. I would like to see development projects like this in every region and city of the UK, a new golden era of urban regeneration and job creation, helping pay our policyholders’ pensions and creating real social value that will also benefit future generations.” 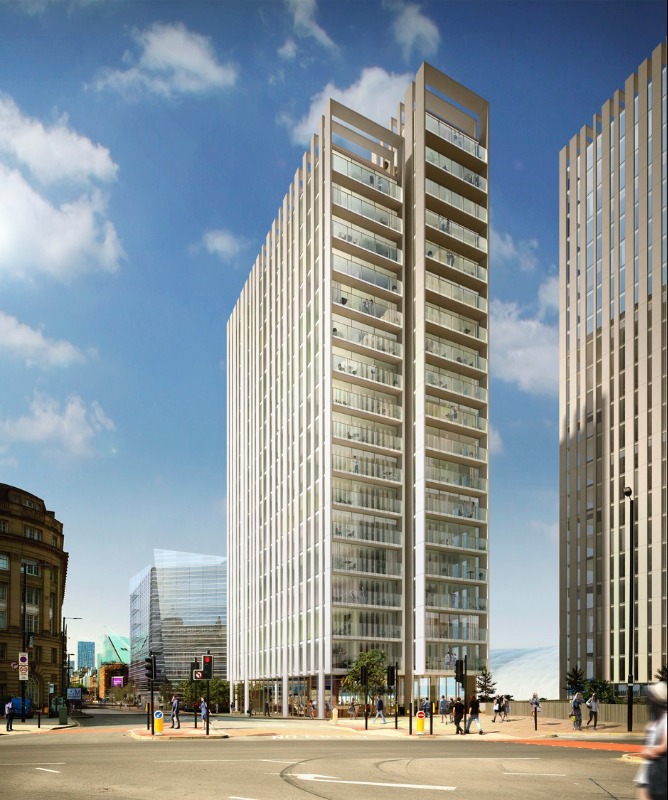 Local benefits of the project

Jobs created and apprenticeship weeks completed
The New Victoria development is creating 40 new jobs and employing 550 people in total during the construction phase, with completion due in 2024
In total, more than 2,000 people will have worked directly on the project
Of the expected 3,000 apprentice weeks to run over the course of the construction phase, 903 have been completed so far

Recycled waste
99.5% of waste at the New Victoria development will be recycled, reused, or disposed of in more environmentally-friendly ways than landfill. A typical construction project would dispose of 8%-10% of waste created through landfill

Energy efficiency and water sustainability
This is one of the first developments to be designed to achieve maximum water usage of 100 litres per person per day, which is 25% more efficient than current building regulations require
All electricity used at the development site during construction is procured through renewable energy suppliers