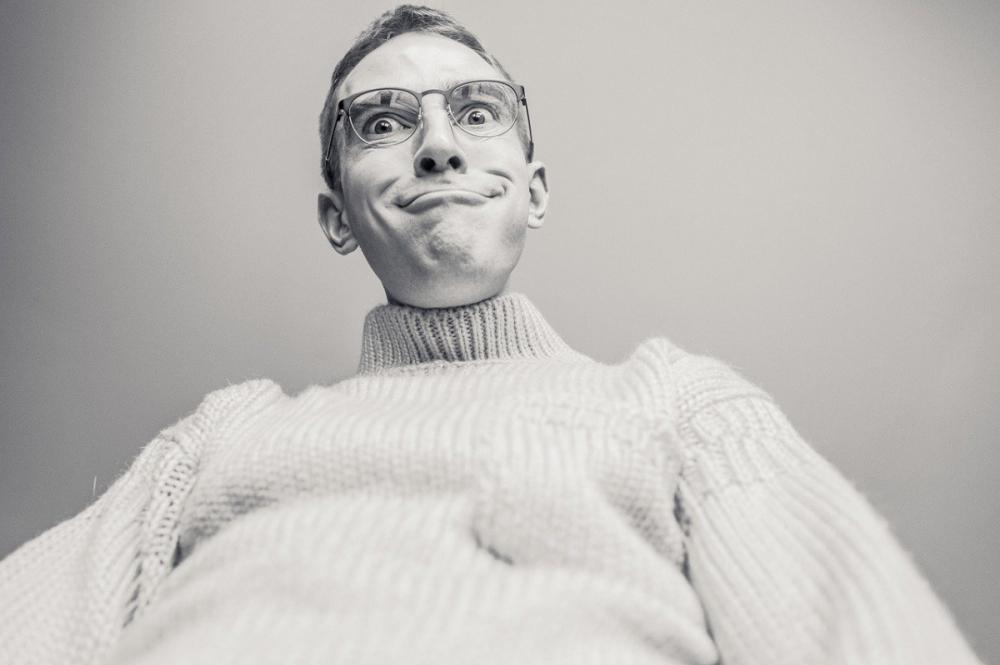 My name is Robin Dalrymple Winterborn - John four shirt, and I am a English Teecher.

Today started well wen the luvely Whether Girl on the TV promised me a sinny day. I have already completed tusks.

Firstly I went down to the Chemist and collected my subscription.

And now I have just written a check two renew my prescription to the local Literate Society. I actually received a letter from them a few weeks ago to say that my name as to be removed from the List of Members as I was bringing the Society into misrepute. Clearly this is a mistike. They must have ment to send the letter to someone with a similar name. (Well, for a start, they spelled Dalrimple with a 'i' ! )

Last Wensday I sent of my supplication for the job of English Teecher at the local Comprehension Skool. I am now sitting at my disk making some knots four my interview. Part of the progress will involve me letchering Six Firm Girls, witch I am looking forward too.

When I get the pist I inspect I will have to teech some Shakespeare. I no the plays. There is one called "Timothy of Athens"; one about someone's anus - which sounds a bit rude; one called "Richard" followed by three capital 'i's', about a man who has lost his horse; and an other called "A Midsummer Night's Dream" about a policeman who investigates murders. So, as you can tel, I am o fay (They will have me teeching French next!) with the plays and woodn't have any problem their.

I am not so good on the Sonets, tho. I can only remember the first part of one which, I fink, begins -

"Baa Baa Black Sheep
Have you any wool?"

I have herd that the pist of English Teecher has been given to some one else. I am relly shocked. I wasnt even short listed. They didnt even repli two my supplication.
However, I am not dis maid. I have just replied to a advert in the TLS (Tims Literary Supplement - I am knot shore who Tim is.) Replied to a advert from a family in Broad Stares who want a English Teecher to teech there ill literate Sun.

PS: I fink the spellchecker on my laptop is not werking. It keeps saying their ar lots of mis-steaks in this rticle. Will have to find some one to cheque it.