If you tread on a nick,

And a Blackjack will come to your wedding.

When Mary was a little girl, she had skipped, sidled, and lurched along the pavement in vain efforts to avoid standing on nicks, the earthy bits between the flagstones. She knew full well what a Blackjack was : a cockroach, a large ugly black beetle hated by housewives, which crunched satisfyingly if one could step on it before it scurried away. She was not sure what the rhyme meant by a stick, though. She only knew it as a piece of wood, but you couldn’t marry that. Perhaps there was some deeper, hidden meaning. Whatever it was, it didn’t sound as though it would be a good thing. 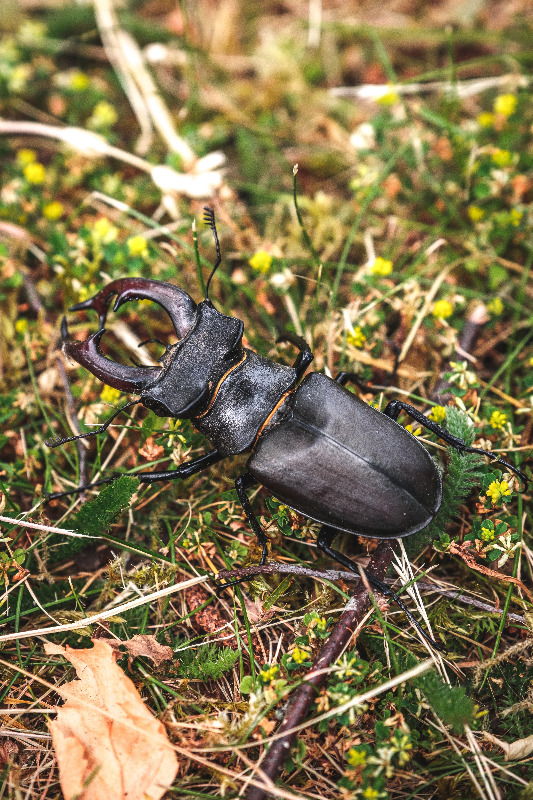 Photo by Alfred Kenneally on Unsplash
Mary imagined herself, transformed by magic into a beautiful princess. It was her wedding day, and she wore the sort of floor-length shimmering gown in which Cinderella had gone to the Ball. Her straight dark plaits had become long golden curls, and her pale thin face glowed rosily. Everybody was looking at her with undisguised admiration, even Glenys Simpson. Her husband, the Prince, was a shadowy figure a few places behind, his stickness hidden beneath fine clothes. All was going well, the orchestra was playing, and the courtiers bowed and curtsied as Mary made her way forward. Suddenly, ahead of her, loomed a large black forbidding figure, towering over everyone : a cockroach, a Blackjack, magnified many times. Terror gripped Mary, she felt as though her heart would burst, and she awoke, screaming.

Nicholas got ready in a leisurely manner. He had set the alarm for six-thirty, had had an invigorating shower, shaved, eaten breakfast, read the newspaper, and made a start on the Prize Crossword. He had left out his clothes the night before.

He felt a bit silly putting it on. Why on earth dress up in this ridiculous way for weddings, he wondered. It bore so little resemblance to the dullness of everyday life. Perhaps that was why, to mark the day and set it apart.

Having solved that to his satisfaction, he turned to the awkward question of his cravat. He really should have asked at the dress-hire shop about how to do it properly. Well, he’d just have to do his best, but he didn’t want to let Bob down. Bob was a good old stick, really, Apart from the cravat, Nicholas thought he looked fine, and he admired his appearance enormously. The pearl buttons on his silver-grey waistcoat matched beautifully his pearl cufflinks.

When he was ready, he picked up his hat, and the box he was taking. Its contents should ensure this was one wedding no-one would forget ! He made his way to the garage, and eased his long frame into the Volkswagen Beetle. It was a bit of a squeeze, but if old Bob could manage, with his extra inches of height, then Nicholas was damn sure he could too, even though he was considerably thicker-set than Bob. He was glad to take the car for them. They’d be travelling from the church to the reception in a white Rolls-Royce, but would need the Beetle afterwards to make a swift getaway. Some of the chaps wanted to mess the car about, but Nicholas had vetoed that idea. He’d got other ideas for a bit of fun.

His plan was to take a taxi back to his flat after the bride and groom had gone off – that’s if he couldn’t persuade some pretty bridesmaid to invite him back to her flat instead, which would suit him much better. It would mean he could leave when he’d had enough, instead of having some dull woman hanging about at his place, when all he wanted was for her to be gone.

It was a pity he couldn’t have been Bob’s best man. They’d had a lot of fun together as students, and since then too, as they both worked in the same town. Squash on Friday nights, that sort of thing. However, Bob’s parents ( and also, Nick suspected, his killjoy fiancee ) had wanted him to have to have his brother Christopher, and Bob hadn’t liked to let them down. Not everyone seemed to find Nick’s practical jokes funny, but live and let live was his motto. Certainly things were livelier when he had a hand in them. Anyway, he was happy to be a groomsman, along with some of the other chaps they caroused with. And it did leave him free for bit of fun….

The wedding went well, he thought. The bride was a bit plain for his taste, too thin, frail and wishy-washy looking, and far too short for her long tall groom. They didn’t look right as a couple, but each to his own. Her dress was a bit over the top, like something out of a fairy tale, with all that shiny gauze. She looked quite cold during the photograph session outside the church afterwards.

Nicholas drove a couple of Bob’s elderly relatives to the reception, though it was a bit of a squeeze for them in the Beetle. He could only take two, as his box occupied one seat, and his ordinary clothes were in the boot, so he could change afterwards. It beat walking, anyway, and the old fogeys were able to look out at the passing scenery as they drove through the dale to the rather grand hotel.


Also by Kaye McGann...
Welcome To Your Local Pub!The Morning AfterMy Friend RosemaryNo Fool Like A Young FoolFriday Night Is Amami Night
The bride’s parents and the bride and groom were standing in the hotel foyer to greet the guests as they arrived. Nick gave Bob a manly handshake, and bent to plant a peck on the bride’s cheek. How plain she was, he thought. Still, the bit of fun he’d planned would liven her up, put a bit of colour in her face. He made his way to the far end of the room, and joined the other chaps there. Once all the guests were in, standing around with their sherry glasses, and no-one was paying any attention to him, he sneaked out through a side door to collect his box.

He got back in good time, before people filed through into the dining room, and milled around, finding their seats. At the far end of the room was the top table, and in its centre stood the magnificent three-tier wedding cake, a fairy tale palace in white icing, for a princess and her prince. With her heart full of happiness, Mary proudly took the arm of Bob, her tall handsome husband, and made her stately progress through the other tables to take her place centre stage. She had never felt so happy.

Crouching behind the table, hidden by the long cloth, Nick was dressed in the costume he’d had in the box. As Mary drew near, he leapt into the air with a roar, the huge beetle’s head he was wearing a grotesque black obscenity from a nightmare. The other chaps fell about laughing, shouting, “Good old Nick!” and “Look at Bob’s face !”

Bob’s face was white with fury, as he attempted to rouse Mary from her faint. That he failed to do so was because she had died of shock.

At the inquest the Coroner said it was a pity the high-spirited young man had played such a jape on such a day, and although the consequences could never have been anticipated, he would have to live with what he had done for the rest of his life, and that would provide his punishment. He extended his sympathy to Bob and to Mary’s parents.

Nicholas in his dark suit and black tie walked from the court looking suitably solemn. He bid good-day to those who had chosen not to ignore him. Then he turned down a side-street, and hop-skipped along, his feet skimming the flagstones, and never, ever, treading on a Nick.