It’s strange to think that the Conservatives began the 2019 election campaign with the slogan “Britain Deserves Better”. They weren’t wrong. Unfortunately, no one listened, and look where we are now.

The Sunday Times reported its annual “Rich List” this week, noting the sad news that “More than half of the country’s billionaires are nursing losses as high as £6bn”. Interesting choice of word. I suspect most of us would rather be “nursing” a temporary drop in the value of our multi-billion pound shares portfolio than nursing Covid-19 patients in an Intensive Care Unit. Anyway, I thought they were all “wealth creators”. Can’t they just make some more? 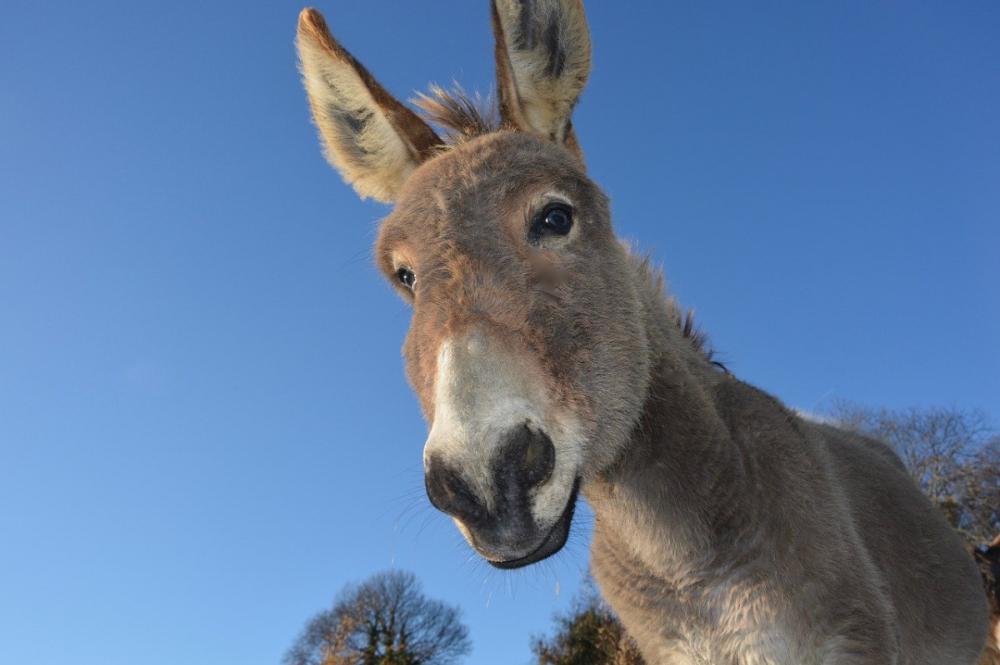 In other news, the Mail on Sunday had discovered that the leader of the opposition, Sir Keir Starmer, had been associating with terrorists and laying wreaths on their graves. Oh no, sorry, that was the previous one. No, the big scoop was that Starmer…hang on, let me check my notes again…owns a field. Yes, he bought a field twenty-four years ago so that his mother could look after rescue donkeys. It’s not exactly Watergate, is it? Though I’m sure the field probably does have a gate. Anyway, the Mail was frothing about it because the field could be “worth up to £10m”, if Starmer decided to sell it, which he isn’t doing; and if it had planning permission, which it doesn’t.

In completely unrelated information, the Mail on Sunday is owned—via a series of offshore trusts—by Viscount Rothermere, who has a non-domiciled tax status and an estimated fortune of £1bn, including thousands of acres of land. The number of donkeys he owns is not known.

Starmer is not the only one to be concerned with the welfare of donkeys though. With the way that government ministers are starting to shift the blame for any decisions onto the scientists, they are clearly very keen to protect their asses.

Meanwhile, speculation has been once again increasing that Boris Johnson will be gone before Christmas. How will we notice the difference? I’ve been trying to Stay Alert but I don’t recall seeing him at any of the daily news conferences. Even so, a recent poll still gave him a positive approval rating. How can you approve of someone you never see? And they said followers of Corbyn were cultists!

The Prime Minister did manage to turn up to Prime Minister’s Questions at least, the Telegraph subsequently reporting that “Keir Starmer took Boris Johnson apart like a Duplo train set”. Johnson doesn’t have much experience with Duplo, since he doesn’t tend to hang around once children appear.

Johnson subsequently complained to Starmer that “the public expect us to work together”, which just goes to show he hasn’t quite understood what the role of the Opposition is supposed to be, though you would think the word “Opposition” might offer a clue.


Also by Roger Winterbottom...
Run With The FoxHonesty Is One Of A Range Of OptionsWill Johnson The Pleasure Bot Have a Premature Relaxation?Operation Close Stable DoorThe Lockdown Threequel
In Johnson’s absence from the daily briefings, it has been down to various members of the shallow Cabinet to keep up the pretence of meaningful action by spouting trite slogans, sorry, I mean to keep the public informed. With the change from “Stay at Home” to “Stay Alert”, Matt Hancock announced that “people in England can now meet a different person – individually – in a park every day”. Hm, I think there’s a word for that, Matt.

Hancock also insisted that the government had “tried to throw a protective ring around” care homes from the start of the virus outbreak. With all the talk of “levelling up” and now rings of protection, I can’t help thinking that Dominic Cummings has been playing too much Dungeons and Dragons. What next? A Potion of Healing for everyone? Still, I suggest we call Matt’s magical protective artefact a “Hancock Ring”. It might come in useful when you’re meeting individuals in the park.

Hancock was also interviewed on ITV’s This Morning to explain more about the lockdown rules. “I’m here to try to make sure that everybody understands as best as possible what we’re trying to achieve. I think we were quite clear,” he began. Yes, it’s always a good sign when you have to insist to people that you have been clear. I guess it must be our fault for not understanding. Can you try again, please? “At the same time, we don’t want to encourage the large scale,” he continued. Large-scale…what? This clarity is beyond me. “We don’t want to encourage people, especially when grandparents are older,” he went on. Encourage people to…what? I’m on tenterhooks waiting for the end of this sentence. Or the previous one, I don’t mind. “And we know this virus kills more older people than younger people, so we don’t want to encourage kids to stay with their grandparents, but we do want to allow people, where possible, to get back to work.” Right. I’m glad we’ve cleared that up. Can you go back to the large-scale bit, please?

Since the government wants people to get back to work, but not for their children to stay with grandparents because of the risk to older people, they’ve been talking up the reopening of schools. This has led to a stand-off with the teachers’ unions, who insist it isn’t safe for their members. Michael Gove said in an interview that he could “guarantee” the safety of teachers, which must come as news to the twenty-six teachers who have already died of Covid-19 in the UK.

And if, as the government insists, the risk of transmission from children is so low, remind me again why they are not allowed to see their grandparents?

Gove swiftly backtracked, however, stating that “the only way in which you can ensure that you don’t get Covid-19 is by remaining at home throughout and having no social contact with anyone”. OK, that sounds like a better plan – can we try that instead? Most MPs seem to be doing it.

Gavin Williamson, the Education Secretary, also spoke to the media to say that “reopening schools was vital to ensure that the poorest and most disadvantaged pupils did not fall behind”. Really? It’s never bothered the Conservatives before. Please remind me who has spent the last decade closing Sure Start children’s centres, cutting free school meals, and reducing pupil funding? I guess it’s just a coincidence that the education of poorer children suddenly matters when you need their parents at work because the economy is tanking.

Paul Johnson, head of the Institute for Fiscal Studies, has warned that Britain is now facing “a recession to end all recessions”. That sounds great – an end to all recessions! Oh. That’s not what he meant, is it? It will be a “Mega-recession”, he added. I think I’ve seen that one – it had Jason Statham in it.

The government has also been thinking about how to start allowing people to travel abroad once more and has mooted the idea of “air bridges” between countries with low infection rates. At least there is some chance of this metaphorical bridge becoming reality, unlike Boris Johnson’s Garden Bridge. The bigger question is whether, with our infection rates, any countries will allow the UK to be part of the scheme.

We’ve also moved into full Newspeak mode this week, as the Home Office announced that “We’re ending free movement to open Britain up to the world”. And if you can explain that one clearly, you can take over from Matt Hancock in the Cabinet.