You Can't Beat A Bit Of Bully 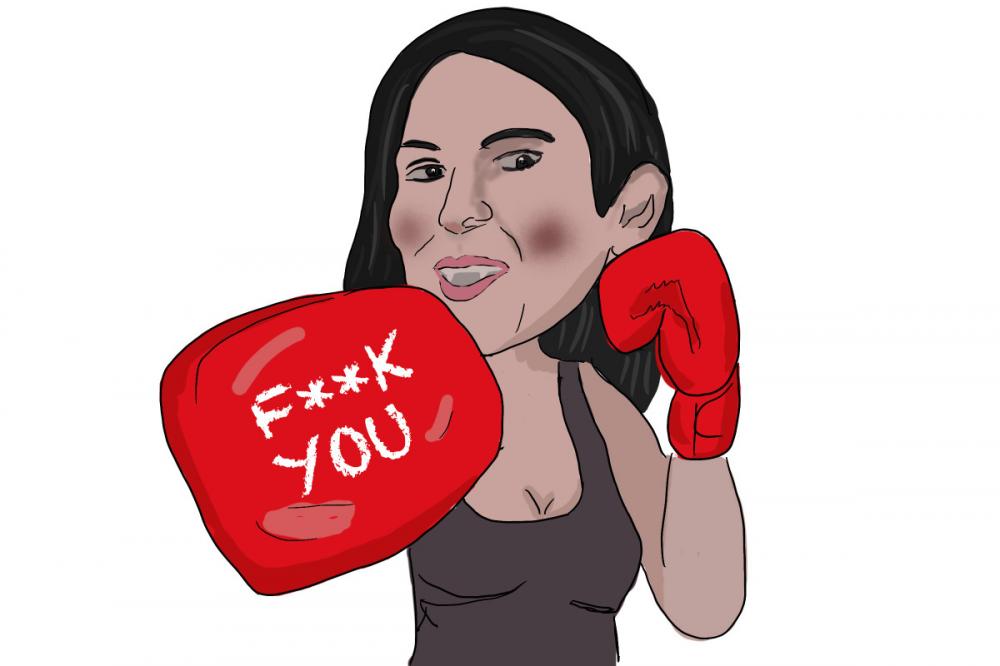 After the abrupt departure of two of the Prime Minister’s most senior advisers (Cummings and Cain, or, as I like to think of them, the C&C Bullshit Factory), it was widely trailed that it was now time to reset the government. First up in the list of new announcements was a gazillion pounds to be spaffed on military technology so that we could create a “swarm of drones”, an army of clones, and a Death Star. Or something like that anyway. I may have misremembered the exact details. This is so that we can use our military prowess to restore the Empire’s rightful place as ruler of the waves (and the icy wastes of Hoth).

The reset went awry (maybe try ctrl-alt-delete, Boris? Didn’t Jennifer teach you anything?) because the key thing the government didn’t change was Johnson himself. After describing Scottish devolution as a disaster - which should help make up a few minds in the next independence referendum - he was then forced to self-isolate after yet again getting too close to an MP with Covid. This led to his appearances before the Commons being carried out remotely through video conferencing. With the billions pledged towards new technology, it’s a pity they couldn’t find a few pounds for a decent webcam, with Johnson increasingly looking like the terrified protagonist of a found-footage horror film (The Hair/Ditch Project).

The government was then forced into rushing publication of the report into the Priti Patel bullying inquiry after its conclusions were leaked to the press. I say “rushing”, but the report had been sat on for six months. Rather serendipitously, its release coincided with anti-bullying week. Like a new PlayStation 5 being swapped in transit for a bag of rice, Johnson had tried to switch the report’s conclusions for something more bland. Sadly, the conclusions remained unpalatable, with the report stating that Patel had indeed behaved in ways “that can be described as bullying”, including “shouting and swearing”, and that she had breached the ministerial code, albeit “unintentionally”. Yes, she apparently didn’t realise that effin’ and jeffin’ at junior members of staff might possibly upset them, which speaks wonders for her people skills. In Patel’s defence, she probably got a bit muddled and thought she had been engaging in counter-bullying.

In response, Patel offered an “unreserved, fulsome apology”, which suggests she also doesn’t realise what “fulsome” means. Let’s just see what the dictionary makes of it: “excessive or insincere, especially in an offensive or distasteful way”. Actually, no, that sounds about right.

Despite the breach of the ministerial code, the Prime Minister resisted calls for Patel to be sacked, instead issuing a message to Tory MPs to express support for her, asking them to “form a square around The Prittster”. Form a square? Is that the latest military tech we’re spending our defence billions on: tactics from the Napoleonic period? Is General Rees-Mogg in charge? At least Johnson didn’t go the whole archaic hog and suggest the Roman testudo, or a hoplite phalanx.

And who came up with “The Prittster”? Are all the cabinet getting up to a bit of top bantz? I can only speculate on some of the other names: The Govinator; “Barbie” Raaby; “Linda” B Johnson; Mancock Hancock; Rishi Rich; “Surgical” Truss; and, er, Gavin Williamson. No Gavin, you can’t have a nickname. No one likes you.


Also by Roger Winterbottom...
The Lockdown ThreequelReview: Troubled Blood By Robert GalbraithSo Long, And Thanks For All The FishI'm A Nonentity - Get Me Out Of Here!Lockdown Part II: The Unwanted Sequel
Sure enough, scores of MPs lined up to support Patel. I hope they all remember they were made to do the same for Cummings earlier in the year. And to vote against extending free school meals for children. Look how well those turned out. Still, many of them defended the “professionalism” of Patel. Yes, that’s the woman forced to resign as Development Secretary by the previous PM for undertaking unauthorised meetings with Israeli government officials, purportedly while having a holiday. I mean, we’ve all unexpectedly bumped into old friends on holiday, haven’t we? You go to visit the Wailing Wall and accidentally run into great-uncle Netanyahu when you haven’t got your diplomatic officials with you. Small world, eh? Even that breach of national security didn’t stop Patel being brought back into Cabinet at the earliest opportunity. That’s the trouble with Pritt: things never stick like they should.

As the government tried to get on top of the bullying story, the Telegraph reported that Patel was trying to “shake up antiquated practices” at the Home Office. I guess they mean practices such as civility and decency. The report eschewed the usual “senior government source” and instead quoted from a “former adviser”. Oh no. Cummings still hasn’t gone, has he?

With lockdown ending shortly, a new set of tiers has been announced. If you break regulations in the highest tier, then Priti Patel will come round to your house and unintentionally sort you out.

At the same time, despite the billions being spent on shiny new bombs and the billions being wasted on contracts for ministers’ mates, there is no extra money to help the regions now going into the highest tiers. Nor is there any money for pay rises for public workers who have been at the forefront of the pandemic response. I guess that’s just one of those Things That Make You Go Hmmm...