The last 12 months have been filled with wonderful moments as the award-winning park continues to evolve and grow as magical animal attraction and an international force for conservation. 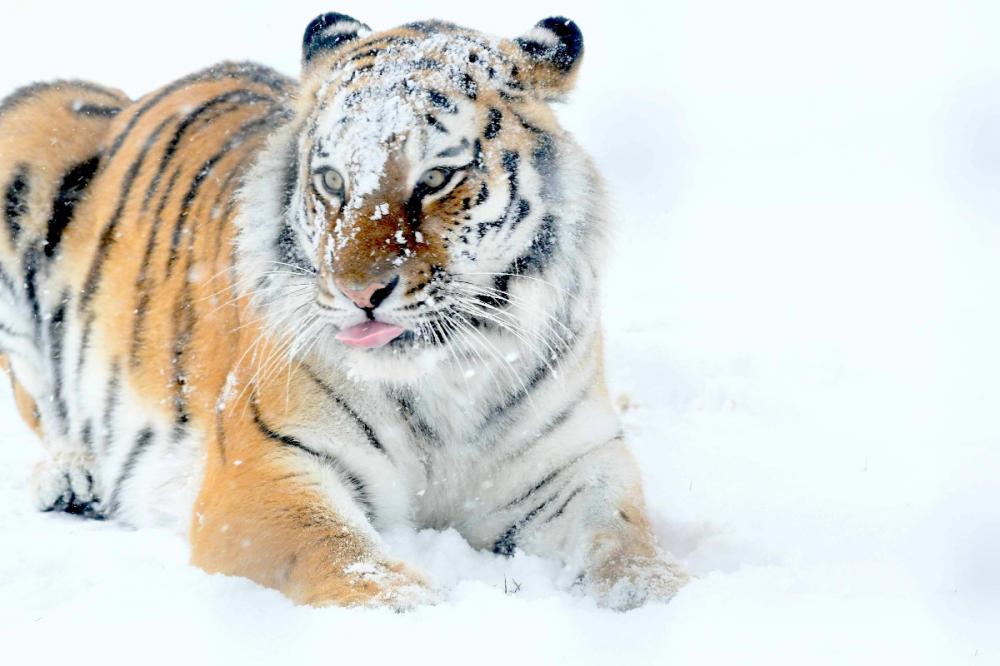 It’s not too cold for this Tiger! The Amur Tiger, also known as the Siberian Tiger is the largest big cat in the world! Amur Tiger numbers have dropped to as low as 20-30 individuals, however international awareness and conservation programs helped to push their numbers back to over 500 in the wild. 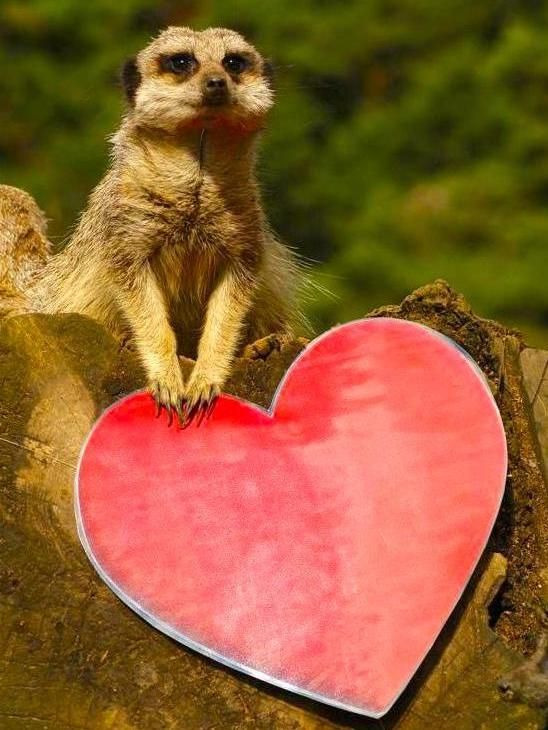 Love in the air
February

The look of Love! The mischievous meerkats are small mammals that belong to the mongoose family, they live in tight-knit groups called mobs or gangs. You’ll often see them standing up on their hind legs look out for predators 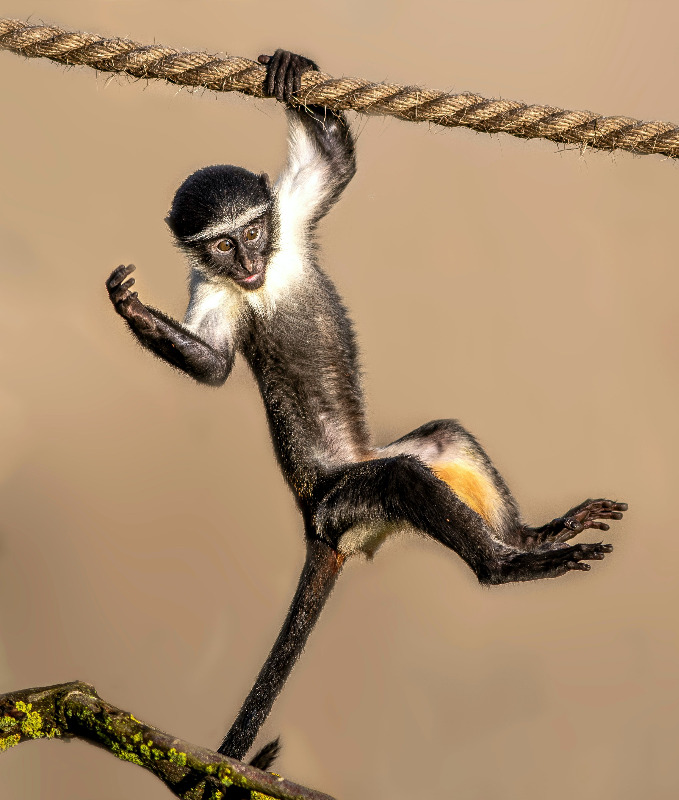 Baby Roloway Monkey Kumasi celebrated his first birthday. According to the international Zoo Database, the birth of the baby Roloway monkey is the first of its kind in the UK and is a major triumph for the European breeding programme – only 3 babies were born in zoos worldwide this year. Roloway Monkeys are one of the world’s most endangered primates! The striking black and white Roloway monkey is native to Ghana in West Africa. Yorkshire Wildlife Park are home to a really important male and female pair from the European Breeding programme. Roloway monkeys are on the verge of extinction in the wild. 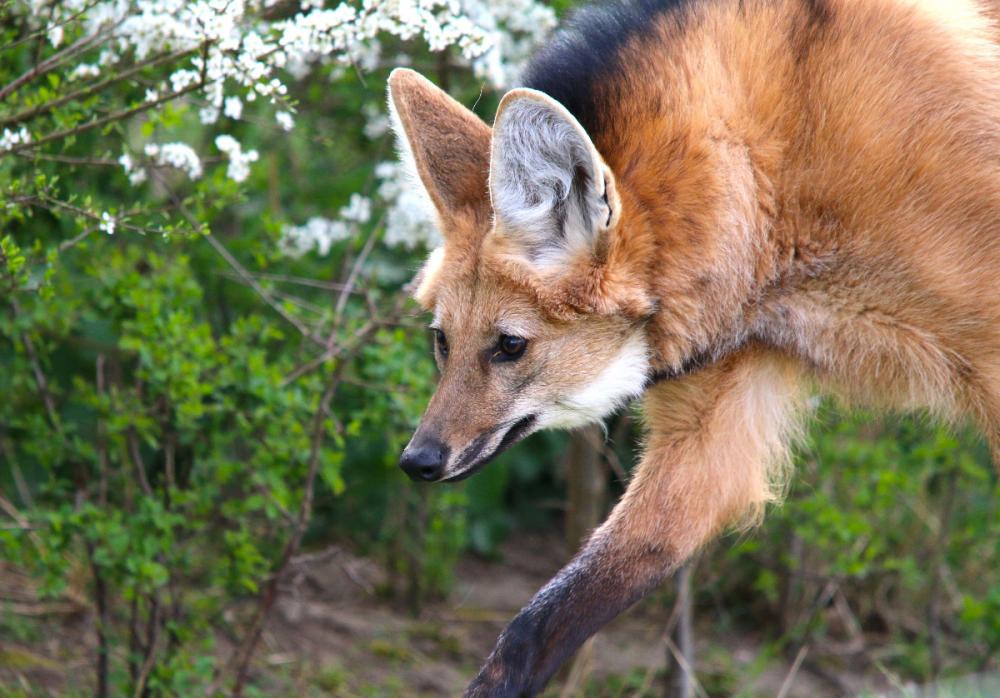 It was an extra special Easter this year as Yorkshire Wildlife finally reopened their gates, much to the delight of the public. Visitors flocked to the park through the brand-new entrance and got to check out the latest attractions, Atlantic Forest, Point lobos and The Hive, the new shopping, dining and entertainment destination. 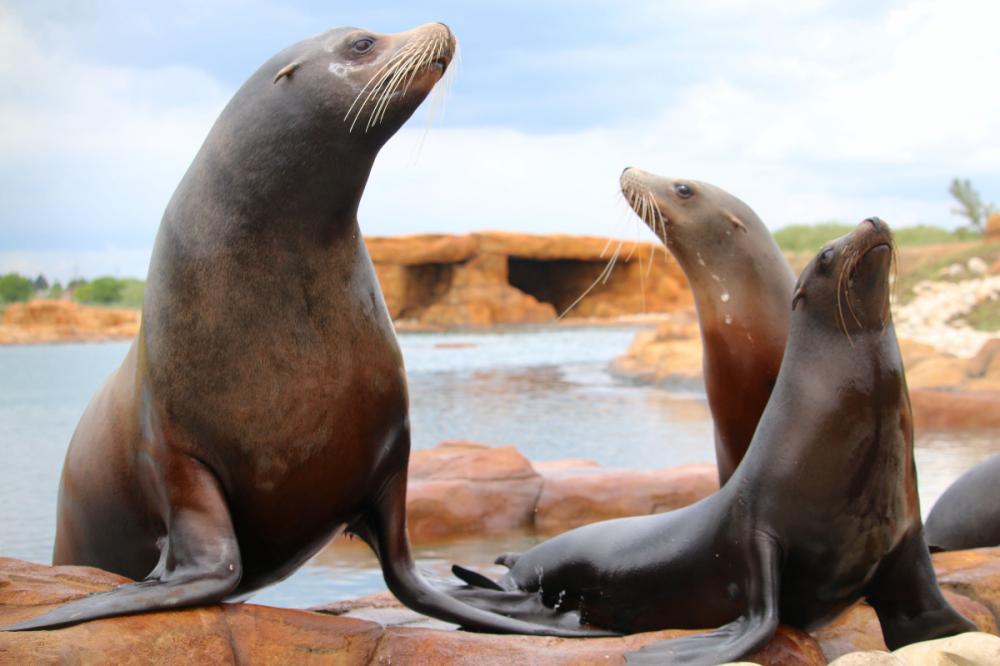 The sea lions moved into their new home, Point Lobos, the largest purpose-built habitat of its kind in the world! This unique reserve showcases two naturalistic lakes featuring varying water depths, authentic sandy shorelines, sheltered caves, grass banks and rocky beaches. The reserve is home to a family of Californian Sea Lions, who can stay under water for up to 10 minutes at a time! They are extremely strong swimmers and can reach speeds of nearly 20 miles per hour in the water. The sea lions were visited by royalty when HRH the Earl of Wessex officially opened their habitat in November.

Flocke, aged 12, and her triplets – males Indiana, (known as Indie) and Yuma, and tiny female Tala. The new arrivals from France brought the park’s polar bear total up to eight, which makes Project Polar the largest polar bear centre outside Canada. Project Polar is a project that brings together Polar bear welfare, conservation and awareness and research to benefit the species in the wild and advance welfare in zoos and wildlife parks. 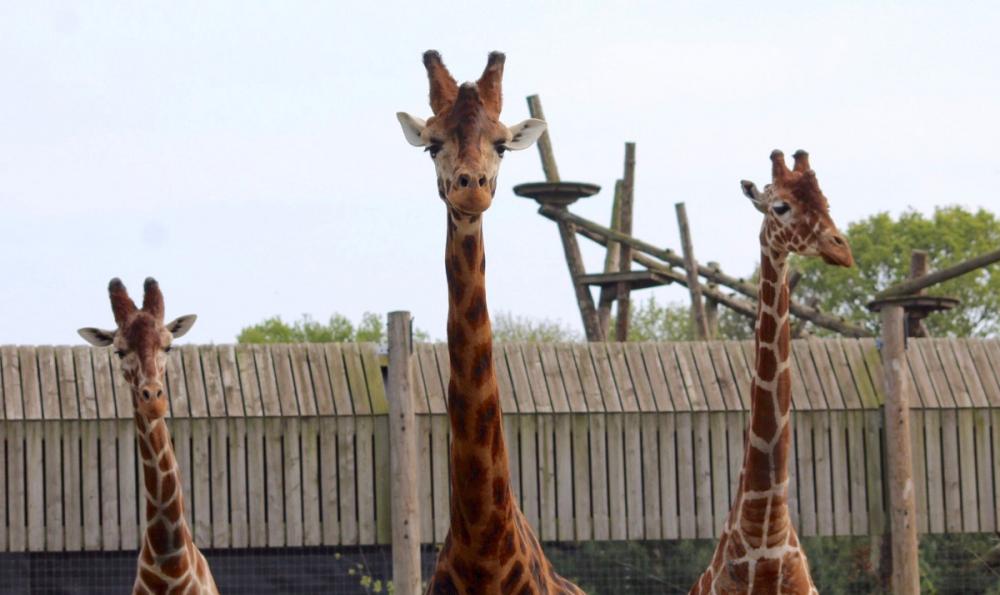 July saw the end of all UK lockdown restrictions so there was no need to social distance at this birthday party! Jambo the Giraffe celebrated his 12th birthday in style with his friends Jengo and Palle by his side. 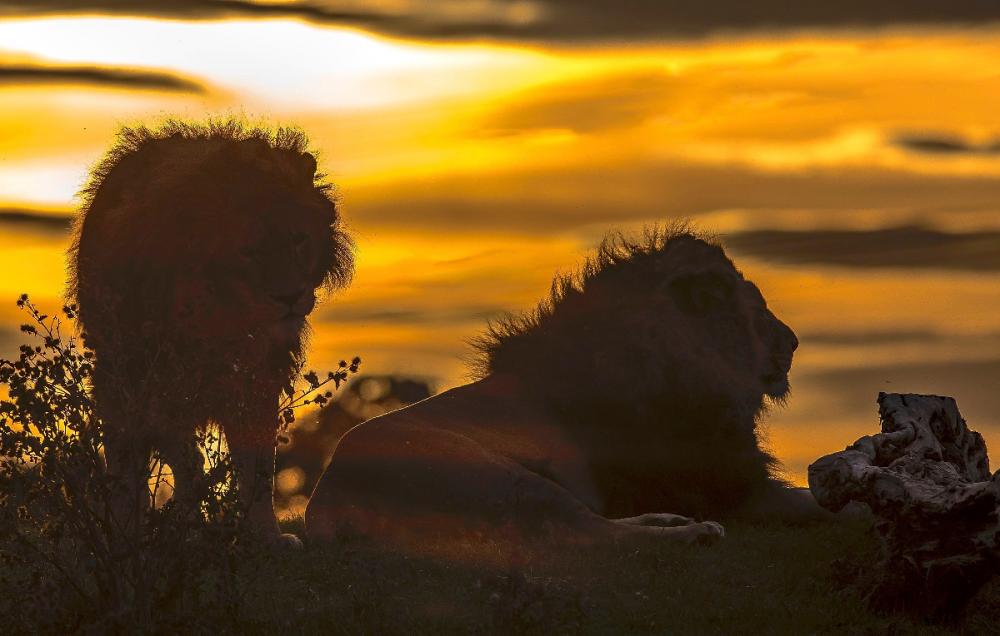 Soaking up the last of the summer rays. The three prides of African lions were rescued from Romania in 2010. The African Lion is the second largest big cat after the Tiger and typically live in groups of 10 - 15 called prides.

Time for my closeup! You’ll find this stunning red panda as you hike through the ‘Himalayan Pass', home to sisters Alice, Ariel and Aurora. The Red Panda trio were born in June 2019 and live in the ‘Himalayan Pass’ reserve. They all have their favourite spot to sleep high up in the trees. Despite their species name, Red Pandas are not closely related to the Giant Panda – they are most closely related to Weasels and Racoons.

Yorkshire Wildlife Park welcomed Pablo in the Autumn. The baby red howler monkey was born in October where he will spend the next few months clinging tightly to his mum, while being supervised by park keepers. His mum and dad, Geronimo, both brightly coloured and vocal Venezuelan Red Howlers (Alouatta seniculus), only arrived at the park earlier this year. Red Howler Monkey males have a huge part to play in the rearing of young in their groups, and Pablo has already been seen interacting a lot with his dad, Geronimo. 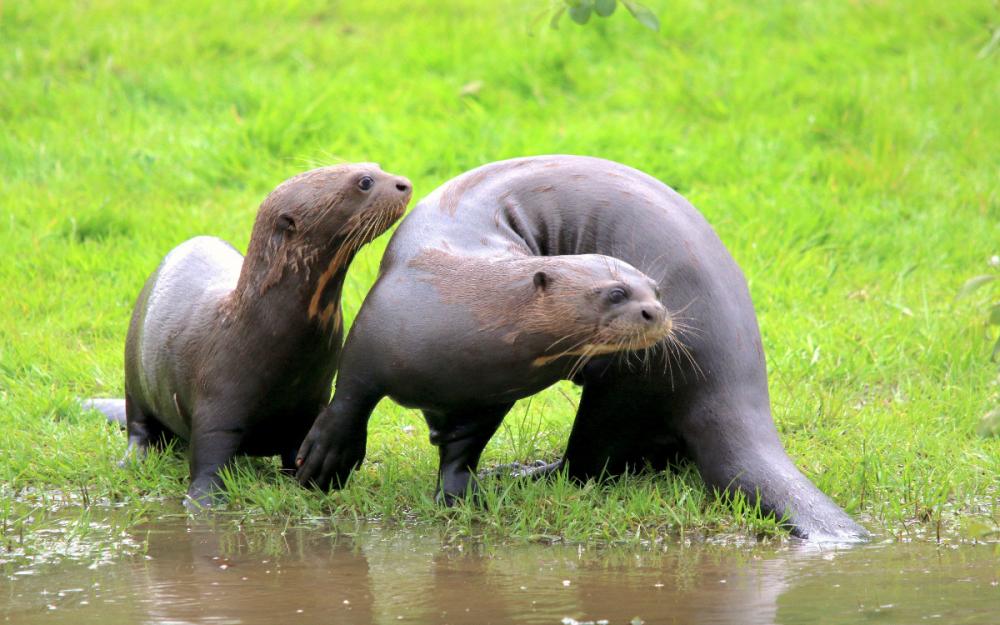 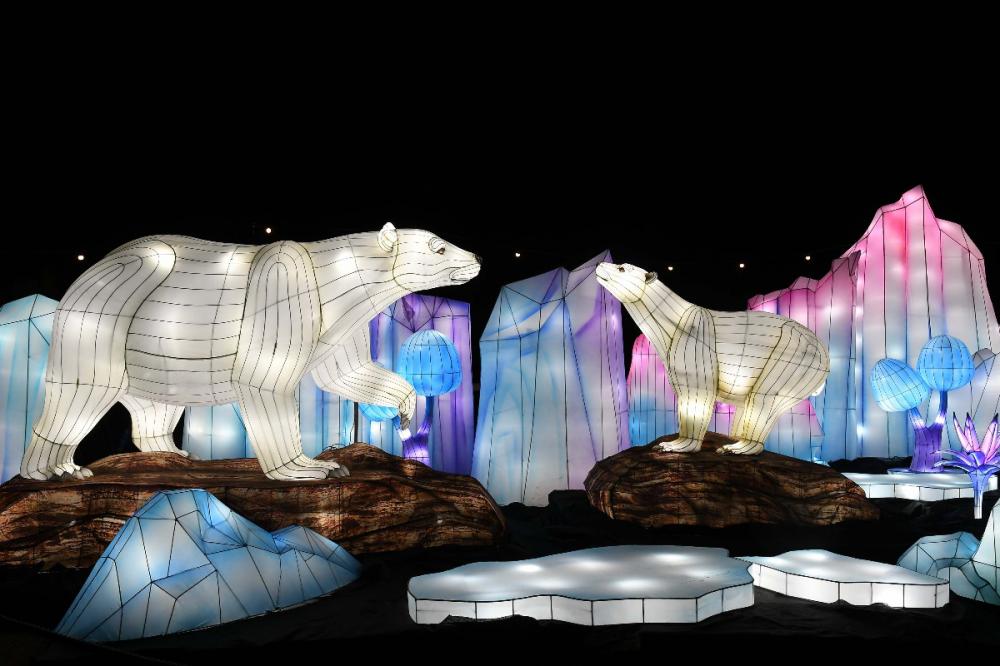 The year was concluded with some festive fun at the annual winter illuminations. Guests escaped into an enchanting world full of lights and lanterns, a truly magical experience for all.