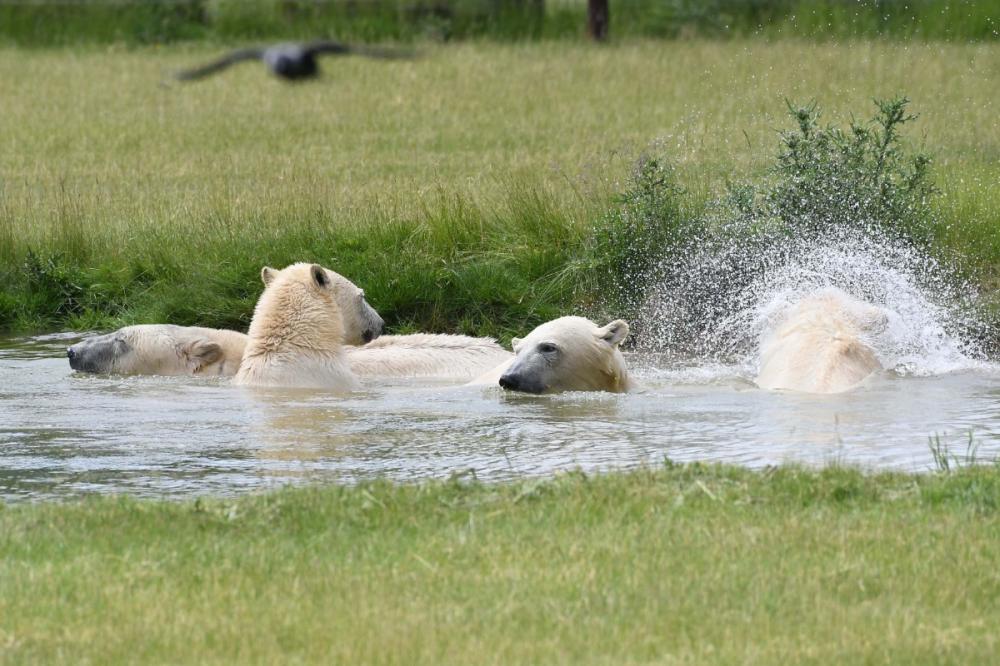 Yorkshire Wildlife Park has reinforced its status as the polar bear capital of Europe with four new arrivals.

Flocke and her three cubs are settling in the second Project Polar reserve, after the move to Yorkshire from France was recommended as the best home for them by the European Endangered Species Programme (EEP). At 18 months old the youngsters are now growing up and are likely to be lively additions to the Park.

They will go on display to the public today after being unveiled yesterday. 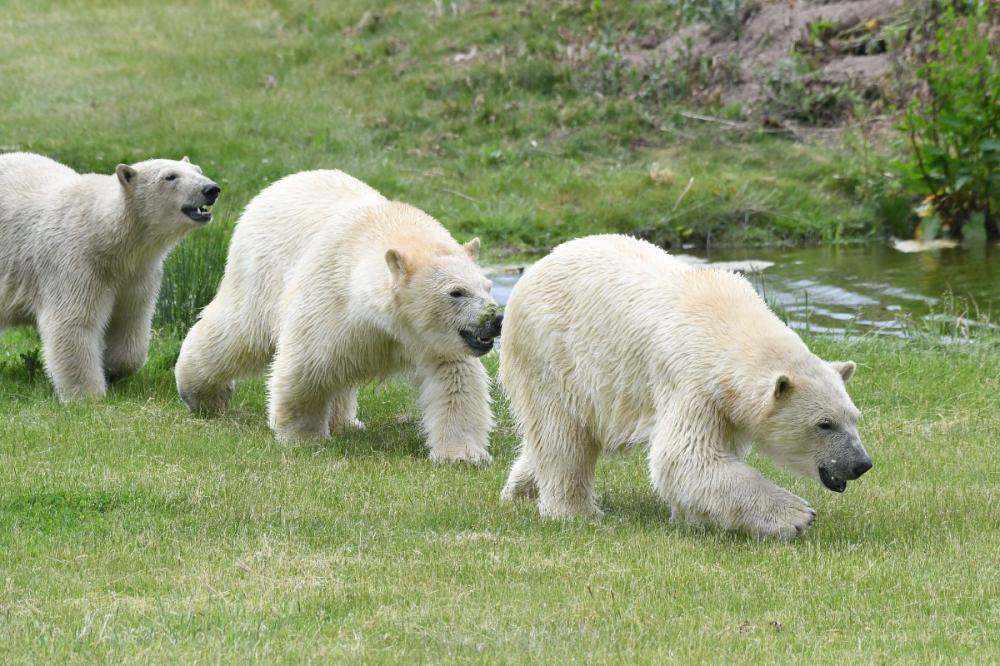 Flocke, aged 12, and her triplets - males Indiana, (known as Indie) and Yuma, and tiny female Tala – will live separately to the park’s resident males who live in the 10-acre Project Polar 1 – Nobby, Luka, Hamish and Sisu. The new arrivals bring the park’s polar bear total up to eight, which makes Project Polar the largest polar bear centre outside Canada. Project Polar is a dynamic project that brings together Polar bear welfare, conservation and awareness and research to benefit the species in the wild and advance welfare in zoos and wildlife parks.

Surviving triplets are extremely rare in polar bears but Flocke has followed her ancestors’ genes to become the fourth generation to produce a triplet. It is a once in a decade event in polar bear breeding in zoos or parks.

The four polar bears travelled safely from their previous home at Marineland, in the south of France, to the park, at Auckley, near Doncaster in a meticulously planned operation and their move was recommended by the European Endangered Species Programme (EEP), which considered YWP as the best home for them.

The bears travelled in two climate-controlled vehicles and every aspect and moment of the journey from Antibes with experienced and dedicated animal transport staff was assessed and monitored to ensure their safety. 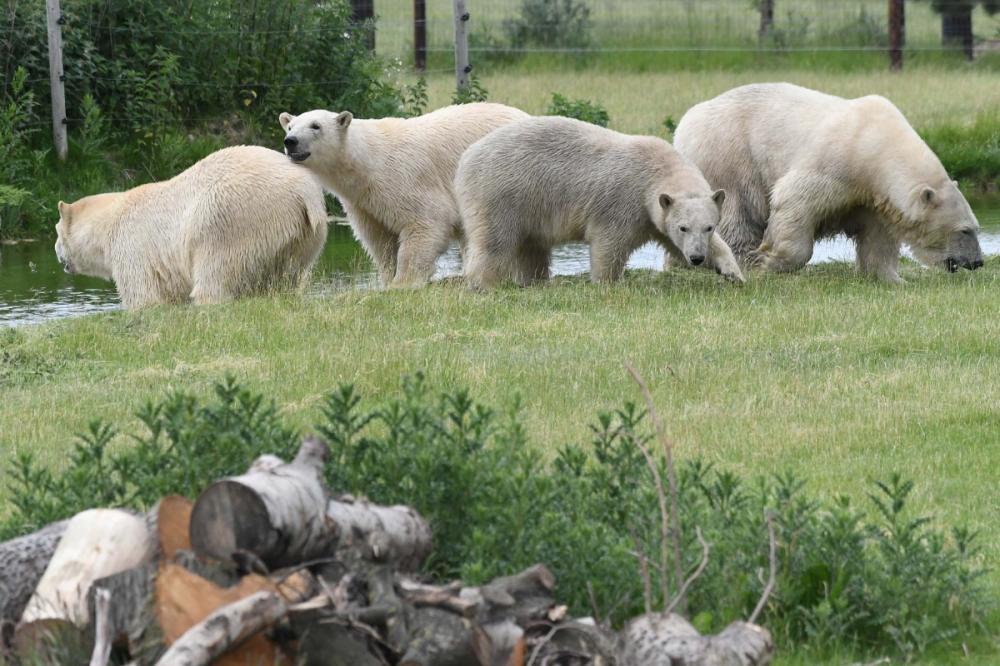 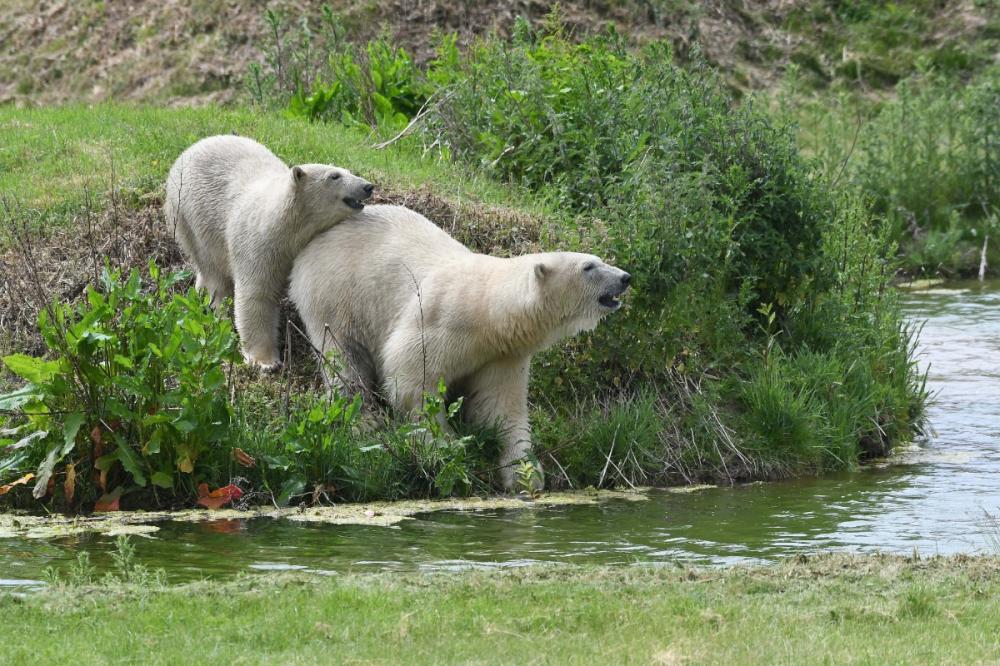 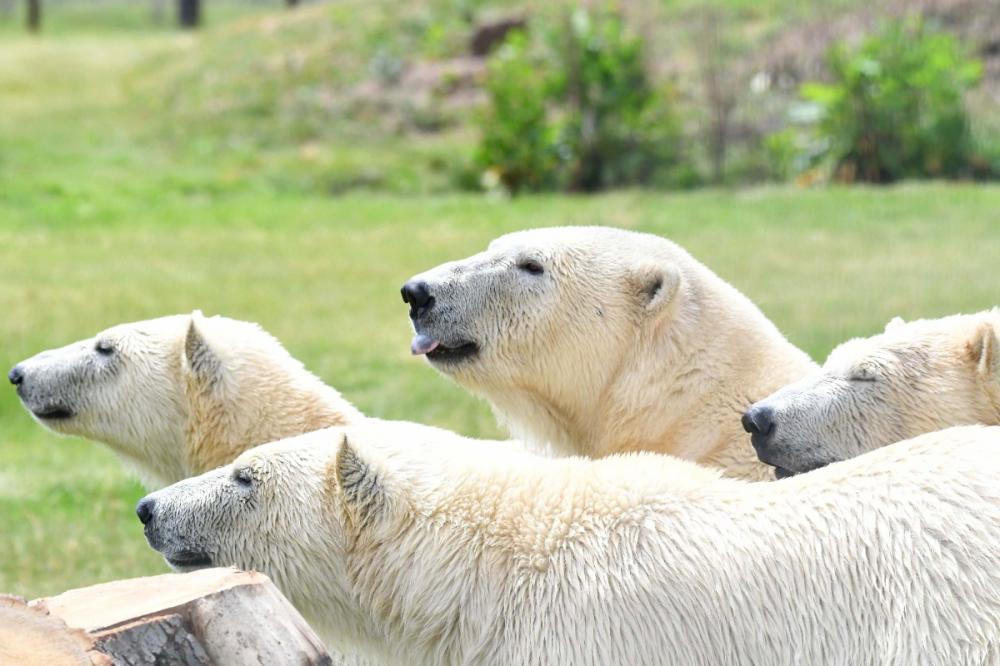 “We have been delighted to welcome the new polar bears to YWP, especially a complete family. YWP has built a reputation as a leader in polar bear welfare and conservation. The bear family are currently in quarantine in their reserve and are settling in well and we hope to be able to announce an opening date for visitors to see them soon – I am sure that our visitors can’t wait to meet them,” said Dr Charlotte Macdonald, Animal Director at the park. “But, more importantly, these moves will help us in our campaign to ensure that polar bears can survive and prosper in the wild. The youngsters will enjoy exploring their new reserve and swimming in the lake – it will be great to see them all playing together.”

Polar bears are the largest land carnivore and are listed as vulnerable on the International Union for Conservation of Nature’s Red List of Threatened Species, due to climate change that is causing loss of sea ice which restricts their ability to find food.

Flocke and her 3 youngsters in Project Polar 2 combined with males by Sisu, Luka, Hamish and Nobby in the bachelor reserve Project Polar 1 now make up the largest grouping in Europe and second largest in the world in any zoo or wildlife park. Sisu and Luka arrived at the park in December 2020 so are also relative newcomers.

The Yorkshire Wildlife Park Foundation raises funds to support polar bear conservation in the wild on projects with Polar Bears International including one project to research the impacts of denning polar bear mothers in the wild. YWPF Trustee Cheryl Williams said ‘ Polar bear mothers in the wild have a hard time – impacted by oil and gas exploration but most of all by climate change and the loss of sea ice in the Arctic. Working together with YWP , the Yorkshire Wildlife Park Foundation will continue to work to conserve polar bears and inspire people to care about them and the Arctic. Let’s hope that seeing Flocke and her youngsters at YWP inspires people to support bears in the wild who face so many challenges and raise awareness to effect change in governments for action for climate change. ‘


The park recently unveiled an expansion with a new visitor entrance, marking the first phase of an exciting development plan. It has also been expanding its range of species with new arrivals featuring a pair of Lowland Tapir, Maned Wolves and a pack of Bush Dogs who have settled into the newly opened Atlantic Forest reserve and Californian sea lions in the stunning Point Lobos, the largest filtrated sea lion complex in the world.

Yorkshire Wildlife Park has over 5km of visitor paths around its 175-acres and brings visitors almost face to face with some of the world's most beautiful and endangered species.

Currently entrance to the park is by advance tickets only www.yorkshirewildlifepark.com