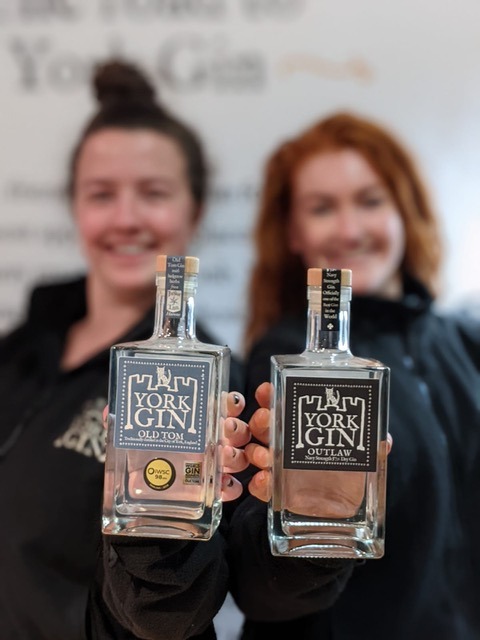 York Gin Old Tom - a collaboration with the Michelin-starred Star Inn, Harome, - won the Best English Old Tom title for the second year in a row.

These two huge awards show that York Gin is making a serious impression on the international stage and truly making world-leading gins – just three years after launching on 1 March 2018.

The awards attracted a record number of entries - and organisers said the standard was ‘outstanding’.

York Gin’s master distiller Harry Cooke said: ‘It’s a fantastic day for York. When York Gin started out nearly three years ago, we said we wanted to make wonderful spirits that would make our beautiful city proud – and put York on the world map as a spirits producer.

‘Today is a further step in that direction, following the international gold medals our gins have already won.


York Gin co-founder and director Emma Godivala
‘York is already renowned for our brilliant restaurants, pubs and bars. Our successes on the world stage mean our city can claim to be a leading producer of world beating gins too.’

Andrew Pern, chef patron of the Star Inn, Harome, who also co-owns York’s Star Inn The City, said: ‘For the Old Tom to win last year was fantastic. But to win Best English Old Tom Gin for a second time proves we’re all doing something right. Let’s hope it encourages lots of people to come and enjoy all that York and North Yorkshire have to offer - once the restrictions are lifted.’

York Gin Old Tom is a dry gin that is slightly sweetened by a sugar syrup that’s made using ingredients from the kitchen garden of the Star Inn, as well as North Yorkshire hedgerows – including the White Rose of Yorkshire. The Star Inn team also looked further afield to complete the complex syrup with Bronze Fennel, Star Anise, Angelica and pink peppercorns.

Respected gin reviewers, The Spirits Foundry have previously said York Gin Old Tom is ‘one of the best gins in the world’.

Anita Ujszaszi, awards director of the World Gin Awards, said: ‘We received a record-breaking number of entries, with more than 800 gins submitted, and the quality has been outstanding across the board.’