Yojimbo And A Fistful Of Dollars

Yojimbo
Reputedly, when Akira Kurosawa saw Sergio Leone’s A Fistful of Dollars, he sat back in his chair at the end of the screening and said, “A very good film. Where’s my 15%?”

The story is probably apocryphal, but the out of court settlement that ensued actually awarded him more than just 15% - he also received the full takings of the film in Japan and a number of other countries.

The lawyers for Leone’s production company, presumably in an attempt to distract attention from the blatant nature of Leone’s ‘borrowing’, cited Goldoni’s The Servant of Two Masters (1746) as a source and inquired whether Goldoni’s estate should not be getting a share of Kurosawa’s profits. (If you know anything about either of the films you will know why a play with a title citing ‘two masters’ is appropriate.)

Another possible citation might have been Dashiell Hammet’s Red Harvest, since Kurosawa was a known fan of American ’hard boiled’ fiction.

In Yojimbo, Toshiro Mifune arrives in a nondescript town apparently chosen at random. Two rival gangs control the town and terrorise the inhabitants. A local beauty is being held as a courtesan by a member of one of the gangs and … but to go on is merely labouring a point. All of the above, and more, are repeated, shot for shot, in A Fistful of Dollars.

Mifune’s/Eastwood’s character arrives to correct an imbalance, but this is not a conventional black hat/white hat conflict. Mifune’s samurai is more complicated than that. He is a man with his own moral code that owes no allegiances except to his own vision of right and wrong. Consequently, the samurai slaughters the bad guys by the dozen and sells his services to the highest bidder, but spares the farm boy he encounters in the first reel and rescues the abducted mother and gives her family money to escape. In other words, he is an emergent Anti-hero.

Why should this character suddenly appear in Japan in 1961?


Also by Mike Tilling...
The Hunger Games And Battle RoyaleJaponisme: The Influence Of Japanese ArtWagnerism – Art And Politics In The Shadow Of Music – Alex Ross, 4th EstateChristian Alexander Bailey - Tree SparrowNew Light Prize Exhibition - Brian Shields
Following World War 2, there was deep disgust in Japan at the way the public had been deceived by their government. The use of cynical propaganda had resulted in a widespread disbelief in the moral worth of large institutions. The character who had the strength of will to oppose custom and tradition, forging an individual path, became someone to admire – leading directly to the Counter Culture of the 1960s.

The same was true for Italy and its recent Mussolini government. This is why it was Italy, another nation with recent and direct experience of war and deception, that made Yojimbo into A Fistful of Dollars while Hollywood saw the more conventional heroic potential of a Seven Samurai (Magnificent Seven).

It was not long, of course, before the US film industry remembered its own history of Anti-hero characters from Film Noir days, decided to capitalise on the ironic potential of the Clint Eastwood persona and made the Dirty Harry series. 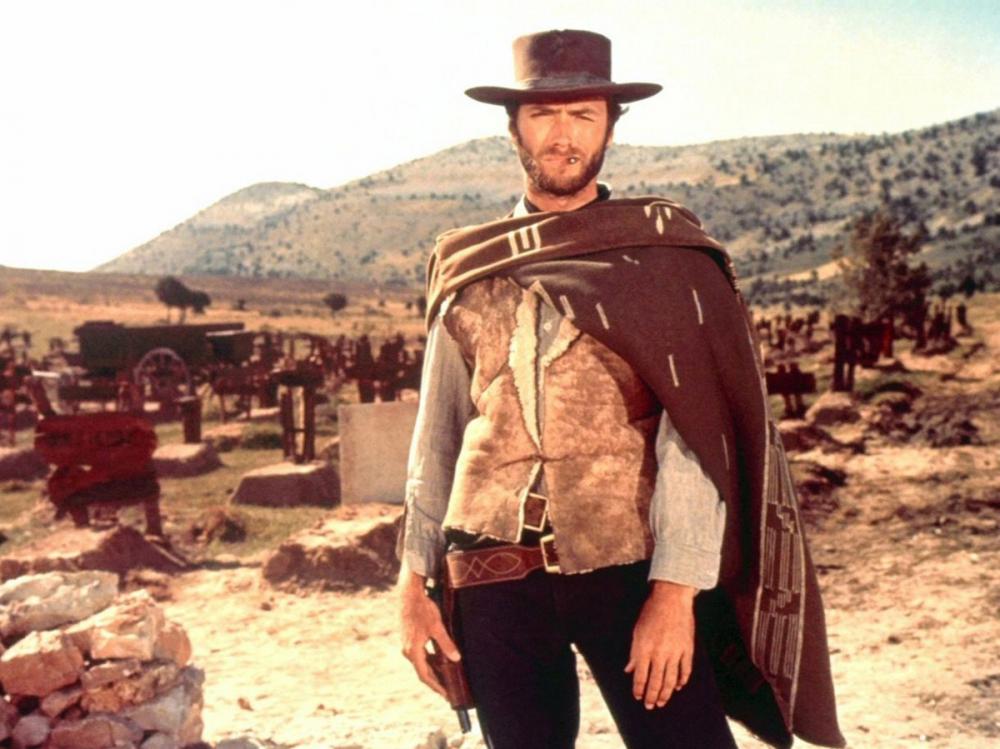 A Fistful Of Dollars
It is a strange phenomenon that when I watch A Fistful of Dollars it is not diminished in the least by the knowledge that it is a direct rip off of Kurosawa’s film. I am caught up in the action and the desire for the man-with-no-name to succeed.

Yet, in the abstract, there is no doubting the justice of Kurosawa’s law suit. If Christopher Booker is right, and there are in fact only seven basic stories, perhaps we should expect to see many more disputes over intellectual property rights.