The Royal Family and Prime Minister will lead the national events to mark the 75th anniversary of VJ Day.

World leaders come together in a poignant video message giving thanks to all those who served
The Red Arrows will conduct flypasts over Edinburgh, Belfast and Cardiff and will conclude their UK tour over London’s Royal Hospital Chelsea
Images of veterans will be projected on video screens across the nation
UK will fall silent at 11am and Union flags will fly at full mast 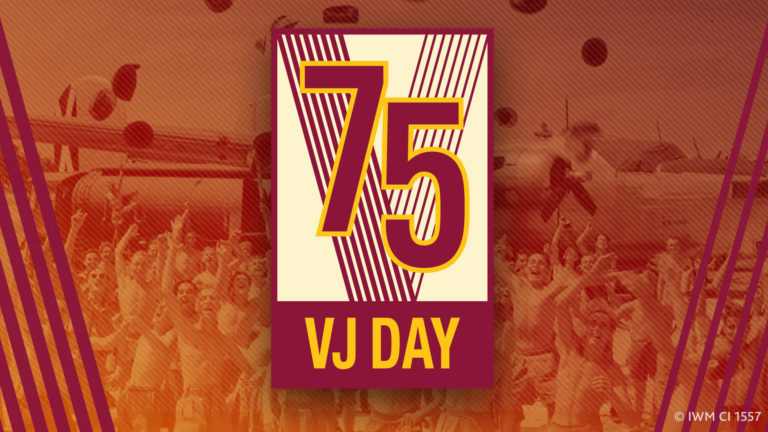 As the nation falls silent to remember the end of the Second World War, world leaders will give thanks to all those who served as part of a poignant video message commissioned by the Department for Digital, Culture, Media and Sport.


"Today, we remember them, we honour them and we thank them"
As well as world leaders, members of the Royal Family and the Prime Minister will pay tribute at a series of events to mark the anniversary. His Royal Highness The Prince of Wales will lead a national moment of remembrance at the National Memorial Arboretum in Staffordshire.

As part of the UK’s commemoration event, the Prime Minister will read the Exhortation ahead of a national two minute silence.

His Royal Highness The Duke of Cambridge will feature in a special programme broadcast on BBC One, and pay tribute to all those who sacrificed so much during the Second World War.

His Royal Highness The Duke of Edinburgh will feature, alongside other veterans, on a number of large screens across the UK including the Piccadilly Curve and National Rail stations in a photomontage showing veterans during their time in service and as they are now.

In the first such flight since the 2012 London Olympic and Paralympic Games, The Red Arrows will conduct a specially designed UK wide flypast tribute over Edinburgh, Belfast, Cardiff and London with its path including The Royal Hospital Chelsea, home to three Burma Star recipients.

"On this 75th anniversary of the end of the Second World War, we pay tribute to the heroes deployed thousands of miles away in the mountains, islands and rainforests of Asia.

"Unable to celebrate the victory in Europe, and among the last to return home, today we recognise the bravery and ingenuity of those who, in the face of adversity, restored peace and prosperity to the world.

"Their immeasurable sacrifice changed the course of history and at today’s commemorations, we take the opportunity to say what should be said every day - thank you."

"Today marks the 75th anniversary of VJ day, and our thoughts are with all those who made such huge sacrifices to secure our country’s freedom. Finally, the war was really over.

"But the war in Japan was brutal, and many of those who returned were never able to speak about their experiences. The courage of those who fought and endured, so we are able to live freely, must never be forgotten.

"Today, we remember them, we honour them, and we thank them."

"Today we remember all those who served in the Second World War as we mark the 75th anniversary of the peace they secured.

"We must not forget the millions of men, women and children who were drawn into this terrible conflict. I want to call on everyone, wherever you are, to join us in giving thanks to the veterans who came home with the burdens of war on their shoulders, and to those who paid the ultimate sacrifice.

"Our commemorations today are with our nation’s deepest gratitude for the freedoms they won us."

"VJ Day is sometimes seen as the forgotten victory, but this year, on its 75th anniversary, our celebrations are rightly focused on paying special tribute to the Greatest Generation and their service and sacrifice in the Far East.

"These commemorations have been specially designed to include our veterans and pay tribute to the wartime generation as much as possible despite these challenging times.

"The number of veterans still able to share these moments with us may become fewer each year, but our gratitude to them remains undiminished.

"As the Second World War recedes from living memory, our responsibility to educate future generations about the conflict is more important than ever. Today, I will be thinking of the unique hardships faced by those who served, and thanking them for all they did for us."

Plans for the day include:

The day will begin with a piper playing “Battle’s Over” at the Imperial War Museum’s HMS Belfast in London at sunrise as part of a tribute entitled ‘Waking Up to Peace’.
Military pipers will also be playing at dawn in India, Australia, New Zealand and Nepal.
The national service of remembrance at the National Memorial Arboretum in Staffordshire attended by veterans, descendants, the Prime Minister and Their Royal Highnesses The Prince of Wales and The Duchess of Cornwall.
At 10:15 AM, the Friendship of Nations will be broadcast on BBC One and online featuring 10 world leaders paying tribute to all who served, including the UK Prime Minister.
His Royal Highness The Prince of Wales, accompanied by Her Royal Highness The Duchess of Cornwall, and the Prime Minister will lead a national moment of silence from the National Memorial Arboretum. The ceremony will involve Armed Forces musicians and a flypast by the Battle of Britain Memorial Flight.
His Royal Highness The Duke of Edinburgh will appear in a photo montage series alongside other Second World War veterans. Each veteran is pictured with an image of themselves from their time in service in a touching tribute broadcast on large screens across the country marking the 75th anniversary of the end of the war.
The Red Arrows will conduct flypasts over Edinburgh, Belfast and Cardiff and will conclude their tour of the UK over London.
VJ Day 75: The Nation’s Tribute will be broadcast on BBC One between 2030 - 2200 with a tribute from His Royal Highness The Duke of Cambridge.

Filmed at Horse Guards Parade, alongside veteran testimony His Royal Highness The Duke of Cambridge will give an address which pays tribute to the veterans and the wartime generation, as the Nation honours, thanks and remembers all those who sacrificed so much during the Second World War.

The pre-recorded programme, developed with the Ministry of Defence and involving members of Armed Forces personnel, will highlight the scope and diversity of the British military in 1945. It will include a host of famous faces reading tributes, military bands and dramatic visual projection.