Will Purdom: Agitator, Plant-hunter, Forester By Francois Gordon - A Review 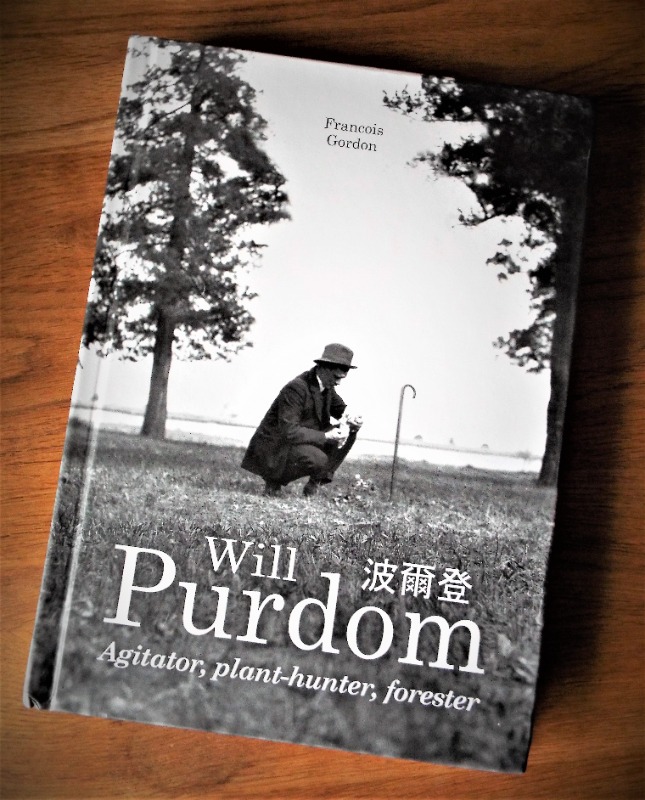 It was a hefty thud at the front door that alerted me to the arrival of the post and Francois Gordon’s impressive biography of Edwardian plantsman and social activist Will Purdom. It is a lovely and substantial book to hold. I had to wrestle it away from my wife who is the horticulturist in the family, before managing to settle down and look into the life and times of this fascinating but somewhat overlooked figure in history.

Will Purdom, born on April 10th 1880 in Heversham in Westmorland to a hard-working head gardener and supportive family, lived a short but heroic life committed to fairness through socialism and who developed deep knowledge and expertise in the field of horticulture.

In Francois Gordon’s carefully researched and expertly written work, his life comes across as would a lavishly made and highly watchable film by some well-respected company like Merchant Ivory or Working Title. An extraordinary character, I imagined Will Purdom played by a younger Colin Firth, assiduously developing his knowledge and skills as a plantsman, selflessly standing up for the rights of his fellow workers at the Royal Botanic Gardens in Kew, exploring and developing his love of China in a search for plants and seeds, and experiencing turbulent times at the beginning of the Twentieth Century.

The portrayal of Will Purdom as a decent, tireless and loyal man is detailed through the excellent description within Francois Gordon’s thoroughly researched biography. His time, hard work and adventures on the other side of the world appear to have instilled a love and respect for the country, its people and its flora. This respect was returned by the Chinese Republic Government who appointed him as forestry adviser in the newly formed Chinese Forestry Service, determined to succeed in the reforestation of their country. Indeed, after his untimely death, a stele was erected in his honour in 1922 near Sinyang (now Xinyang), praising his personal integrity, his love of China, his botanical knowledge and his diligent work of reforestation.

Will Purdom lived a short but highly influential and admirable life. For many years, his work has received very little attention from horticultural historians and the wider world generally. While his contemporaries Reginald Farrer, George Forrest, and Ernest Wilson have become well known, there is a degree of unfairness in the fact that Will Purdom has not. Francois Gordon’s excellent book goes a long way towards redressing the imbalance and I thoroughly recommend this thoughtful and extensive biography on the life of a truly remarkable man.

I can’t wait for the film …


Will Purdom: Agitator, plant-hunter, forester is published by the Royal Botanic Garden, Edinburgh