WHO Knew? - The Murder Mile By Lesley McEvoy

I don’t normally like psychological thrillers but this one was different and quickly captured my attention... well and truly. I knew from the start that it was an impossible scenario and that there would have to be a rational explanation, so I was happy to embark on the journey. Interesting fact (apparently): not all psychopaths go on to murder people; there are more psychopaths in business than in prison.

The beginning of the novel affirms the professional competency of the main protagonist, Jo McCready, a highly reputable freelance forensic psychologist. It also reveals the antagonism between Jo and Liz Taylor-Caine, the profiler who currently works for police intelligence. On top of that, the will they/won’t they simmering romance between Jo and DCI Callum Ferguson is established and once the scene is set, it is time for Jo to become embroiled in a case more fascinating and more dangerous than any other she has encountered: the search for Jack the Ripper.

In a hypnotherapy session with Martha, a deeply troubled girl who she is asked to take on as a patient, Jo unexpectedly releases a second personality, seemingly Jack the Ripper. When Martha is found dead, not long after, it appears ‘Jack’ is free to roam once more and to kill in gruesome fashion. Owing to the circumstances of Martha’s death and the fact that she was the last person to see Martha alive, Jo is briefly considered to be a suspect herself. This introduces James, an expensive, high powered defence lawyer, and jealousy rears its ugly head as both Callum and Harvey, Jo’s dog, take an instant dislike to the suave sophisticate. 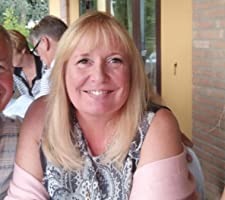 Lesley McEvoy
A chilling, robotic voice on the phone thanks Jo for freeing him and ‘Jack’ shares sickening photos with Jo, having somehow managed to access her private email. As a series of shocking murders, following the pattern of the Ripper’s Autumn of Terror in 1888, ensues, the Police are hard pushed to find the perpetrator. Whether she wants to be or not, Jo finds herself at the centre of this bloody carnage and must profile the killer, if he is to be caught. The gory details are described in full and research into the activities of the original Jack the Ripper has obviously been extensive.

The title of the novel refers to the name given to the area in which Jack the Ripper committed his heinous acts of violence. This time however, it appears he has chosen Yorkshire and the fictional city of Fordley. The citizens are understandably nervous, given their experience some forty years earlier with their own Ripper.

This is a very effective modernisation of an horrific period of history. It is fast-paced, multi-layered and reaches a tense and gripping climax as ‘Jack’s’ identity is at last revealed. Ultimately, the loose ends are all explained which brings the narrative to a very satisfying conclusion. The interpersonal relationships between the characters and the professional jealousies add an extra dimension, increasing the tension and giving the novel a sense of reality.

It is no surprise to learn that the author used to work as a behavioural analyst. It was fascinating to be given some little insight into how profiles are constructed. The author’s confidence in describing police procedure adds to the authenticity of the novel.

There are plenty of twists in this gripping read and I look forward to more from Lesley McEvoy.


The Murder Mile is published by Zaffre
Also by Artis-Ann ...
Senoy, Sansenoy And Semangelof: When I Close My Eyes By Jemma WaynePerhaps, Perhaps, Perhaps: The Christie Affair By Nina De GramontKeep Digging: The Night She Disappeared by Lisa JewellScarred, Possibly Scared: Prague Spring By Simon MawerSaying One Thing, Thinking Another: The Undiscovered Deaths Of Grace McGill By C. S. Robertson