'When You Divide Death By Life You Find A Circle': Apeirogon, A Novel By Colum Mccann 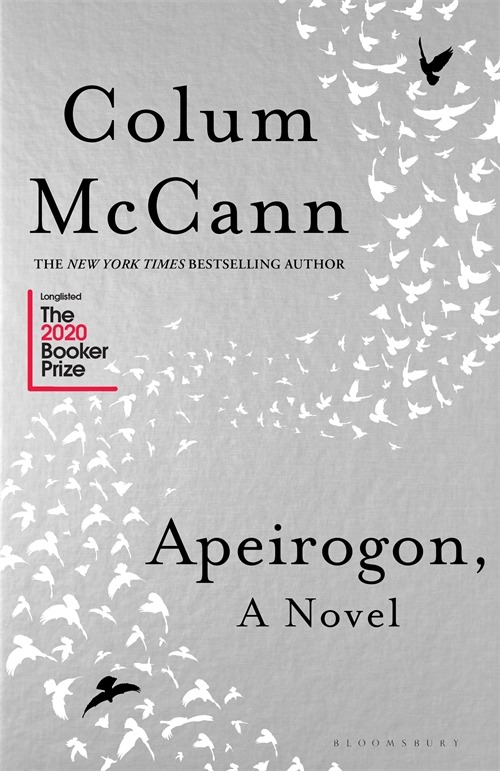 Apeirogon is the name given to a shape with a countably infinite number of sides and this title reflects a strong current that ripples through this outstanding novel – that is, there are innumerable perspectives to every story. It is quite unlike anything I have read before, not only for its subject matter, but in how it is constructed, how it flows. For me, it is not a story with a definite starting point progressing to a defined ending, instead my response catalyses a very mixed metaphor. I imagined both a series of concentric circles, expanding outwards but sharing their point of origin, yet also a mosaic, a jigsaw, with the final image carefully constructed from numerous pieces, each carefully provided at a precise point in time.

Everything begins with something. The core does not change, but as the concentric circles expand, the core’s influence, like gravity, might diminish. Applying this to the novel, the essential commonality is that beyond history, politics and influence, we are all human, and we all live, breathe, think, feel and ultimately die. Our allegiances will differ, and we won't always see eye to eye, but the impact of grief and of loss is an emotion that strikes to the heart of any living being, irrespective of their culture, race or religion.

I apply the jigsaw metaphor because we read in search of the bigger picture. With the painstaking attention to detail provided by McCann, we can slowly piece it together. There is a wealth of knowledge bursting from the pages of this story; this is drip fed through the careful process of distillation. A fact shared on page 35 might not become relevant for another ten or twenty pages, when the adjoining piece of the puzzle is shared.

Structurally the book is relayed in short passages: a chapter can consist of a single line, a quotation, or just a salient point. Other times they can run to many pages. At the five hundredth chapter, we pause: the two chapters at the heart of the novel are the longest. They are essentially the attestations of the two central protagonists, which by dint of the preceding four hundred and ninety-nine chapters we have already acquired a general knowledge. However, the difference is that we now hear the two men speak directly to us. We become the audience, listening to what they have recounted an inordinate number of times to all who have sat to hear the story of their personal suffering and the death of each of their daughters – what is essentially conveyed in this novel.

Rami Elhanan and Bassam Aramin are real people. Rami, an Israeli, lost his daughter Smadar to a suicide bomber in 1997; Bassam, from Palestine, lost his daughter a decade later. Abir was killed by a rubber bullet fired by the Israeli border police outside her school. Smadar was fourteen, Abir ten. The fathers initially meet "as enemies who now wanted to speak" forming an alliance called Combatants for Peace. This didn't begin selflessly, more an act of self-preservation. The Israeli former soldiers weren't there "for the sake of the Palestinian people, but for their own" and Bassam explains "we were not acting to save Israeli lives either, but to prevent Palestinians from suffering". Rami tells us "To be bereaved in Israel is to be part of a tradition" and according to Bassam, "Palestinians don't exist as humans for many people".

The central transcripts of both men, are, the author tells us in the foreword, created from real interviews, but elsewhere "Bassam and Rami have allowed me to shape and reshape their words and worlds". Knowing this, we see the extent of the research that must have been undertaken to produce this book. I began the novel knowing nothing of the situation in Israel or Palestine, but this did not compromise my experience of reading. Because the context is set, basics outlined, passages of history recounted that add to the depth of the narrative and further illustrate an emergent theme. We read quotes from the Bible, from the Qur’an, hear lines of poetry from Mahmoud Darwish, the thoughts of Picasso. We are provided passages of history of the Holocaust: events such as the visit by Red Cross representatives to the Nazi camp of Theresienstadt in 1944 are revisited and embellished, another thread in the complex fabric of the narrative.

Cleverly, there are frequent interwoven stories of seemingly random individuals from recent history whose experience is added to give resonance to the story. You do not need to have extensive knowledge of the context: enough clarity is provided for guidance, but information is not spoon fed, the style is not didactic. In this respect the author remains entirely objective, as if conveying that it is neither his right nor his duty to venture opinion and judgement. This story transcends the politics; it is about the people. 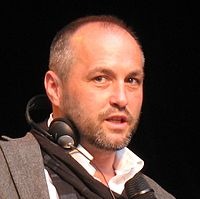 Colum McCann
The author’s objectivity gives the narrative a sense of detachment, the writer instead prefers the characters to speak for themselves. The dialogue itself forms part of the novel’s unique structure, there are no speech marks, the language instead flows, sometimes clearly discernible between the characters, other times appearing as if a stream of consciousness, albeit between more than one person.

The chapters trace a pattern, as if each being a note played in an ascending musical scale. For example, we are told that the route over Palestine and Israel is one of the bloodiest migratory paths for birds, before being told that bird bones are used in parts of South Africa for musical instruments. The next chapter describes how musical instruments were improvised by prisoners when Bassam was incarcerated – this is all a preamble to a longer episode recounted over the course of numerous chapters – but it makes perfect sense. Birds themselves feature regularly – we are told the frigate bird “can stay aloft for two whole months without touching down”, and we are told that French president François Mitterrand ordered the songbird, ortolan, as a final delicacy to consume before his death. The story of the French artist, Philippe Petit who walked a 300m zip wire from the Old City of Jerusalem in 1987, with a white dove to be released half way across, is recounted and revisited; there is even a photograph of the artist performing the act. These sporadic photographs add to the unique nature of the book’s construct.


Also by Caroline Spalding...
Review: Are You Enjoying By Mira SethiReview: The Stranding By Kate SawyerReview: Oracle By Julie AndersonReview: You Let Me In by Camilla BruceReview: Lonely Castle In The Mirror By Mizuki Tsujimara
We often return to the migratory route above Israel and Palestine, and one chapter explains why the passage is so bloody for migratory birds. This paragraph lists extensively all that would interrupt their flight, from high voltage lines to the plastic rings that hold together a six pack of beer. This notion of providing a list appears periodically, as if trying to unearth every possible causative factor, a search for reason in a seemingly unreasonable world. If successful, surely one would acquire a countably infinite list – apeirogon in another form.

Identity is another resonant theme: the fight to retain it, the fear of losing it. We encounter another list: that of the alternative names applied to "The Separation Wall". Here, however, identity refers us back to another central theme: that it does not matter what label you apply, beneath it is one and the same thing. So,the characters of the book may be Israeli, Palestinian, Jewish, Muslim, Arabic or European - beneath that they are all undeniably human.

It is not an easy read. The chapters are indeed short, and the information is skilfully conveyed, however there is a lot to take in, and a lot to consider. In my view, the book’s purpose is to provoke thought, not to deliver a plot. As said, its structure defies convention: working backwards, jumping forward, it also moves concurrently. It cites fact, fiction, pieces together the lives, the histories and experiences of those we follow, sometimes abstractly through the book. If the purpose of the book is to make those, like me, who are wholly ignorant of the conflict and backstory, more aware of the context, and to give a voice to the innumerable victims who have suffered as a result, then I would say it has achieved its objective.

It does challenge the concept of what a novel is supposed to be, but it also challenges the reader’s own perceptions and deepens their understanding. This is not a novel about the Israel-Palestine conflict, instead it gives a hugely insightful glance into the lives of those for whom it is their reality. It shows the complexity of war, its reasons and its consequences and by exploring the shared human response, that of pain, suffering and grief, yet again we are forced to ask what, really, is the point of conflict?


Apeirogon, A Novel is published by Bloomsbury and was longlisted for the Booker Prize, 2020.