What Is Alien? Bridging The Abyss In The Man Who Fell To Earth And Under The Skin 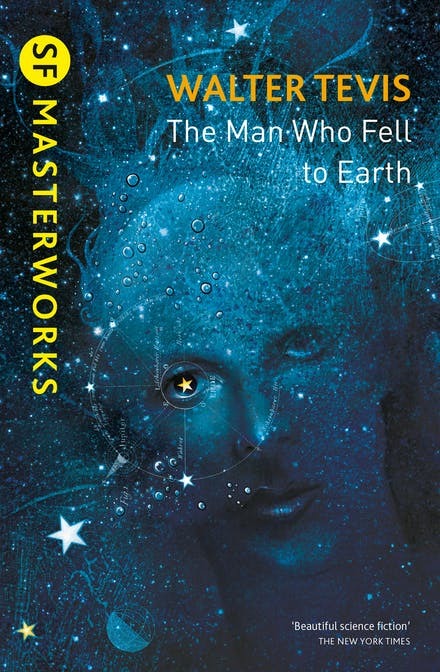 It is traditional in works of science fiction for humankind to fear that which is alien. We are familiar with H. G. Wells’ The War of The Worlds and the 1996 blockbuster Independence Day, in which alien races of superior intelligence, bent on human destruction, arrive in vast spaceships and blot out the sun. But should the terms “alien” and “evil” necessarily be synonymous? As Nietzsche cautioned, “He who fights with monsters should be careful lest he thereby become a monster. And if thou gaze long into an abyss, the abyss will also gaze into thee”. Thus we should ourselves beware, when labelling something monstrous, lest our own dark natures be revealed. Such is the danger of “othering” in general – when negating, objectifying and stereotyping that which is beyond the realms of our own understanding. Certain science fiction templates go against the grain, however, reversing the looking glass and holding our human identity to scrutiny. One such example is Walter Tevis’s The Man Who Fell to Earth (1963).

The 1976 ecranisation, with David Bowie impeccably cast in the titular role, is less explanatory in terms of its narrative and more of a hallucinatory experience. Key themes are hinted at subliminally, and you could easily be at a loss, unless familiar with the source material, which is by far and away the weightier tract. The extraterrestrial visitor in this instance appears human, or at least is adequately disguised to this effect, passing under the pseudonym Thomas Jerome Newton. It is immediately apparent that he is not here to wreak havoc against us. Earth’s environment, if anything, is a source of discomfort to him: he exists in a state of permanent lassitude on account of the gravity differentials, which we later see shatter his leg joints in a lift; he converses in a sotto voce tone, as though his every word is weariness; he relies upon heavily air-conditioned rooms with dimmed lighting for the sake of his more sensitive biochemistry. His primary motive, here on Earth, is not one of conquest; he is here because his home planet of Anthea is dying, starved of its natural resources. His mission is one of mercy: to create a safe haven for the last of his people. In short, he is a benign visitor. Not evil. 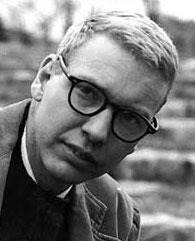 Walter Tevis
Man, however, is depicted as evil in stark contrast. As Newton sets his plans underway, he does so under the guise of a not-for-profit research project, which in reality is to be a form of safe interstellar transport for his people. Meanwhile his human business partners are incredulous, failing to grasp the notion of something non-lucrative, no matter how utilitarian-intended. Similarly, their views on nuclear weapons are diametrically-opposed. At the time of the novel’s publication, the prospect of global obliteration – every man, woman and child immolated in a millisecond by a hastily-deployed missile – was very real and terrifying. Newton openly fears the prospect of a nuclear holocaust, whereas his human counterparts see it as a viable business opportunity: “Why, you can’t tell me there’s no future in chemical warfare”. Consequently, Newton questions whether there is any point in completing his work, if man is on the verge of self-annihilation. Newton’s research project is of course predicated on Anthean blueprints, arousing suspicion on the part of the FBI, who ultimately haul him in for questioning, subject him to a series of painful tests and blind him in the process. Usually we are accustomed to alien invaders abducting us and levelling our landmarks with impunity, but here men are the aggressors, showing no contrition for their actions. Following his ordeal, Newton abandons his project, man finally having crushed his spirit.

Interestingly, Newton finds that the closer he comes to humanity, the more he is corrupted by it, growing indolent and quaffing vodka all day with his live-in P.A. Furthermore, we see him undergo a crisis of identity in a fantastic Freudian mirror moment whereby, after removing his human disguise, he ceases to recognise his true reflection – “His own body stared back at him; but he could not recognise it as his own. It was alien and frightening”. In a curious perversion of Stockholm Syndrome, he joins the ranks of his persecutors in othering himself!

But there is hope to be had. Newton concludes that there is common ground between himself and Man, and his closest human colleague, Bryce, concedes the same: “[He] seemed … ‘more human’, now that he had made it clear he was, in fact, no such thing”. Both, therefore, are in agreement that neither should jump to discriminate against the other. 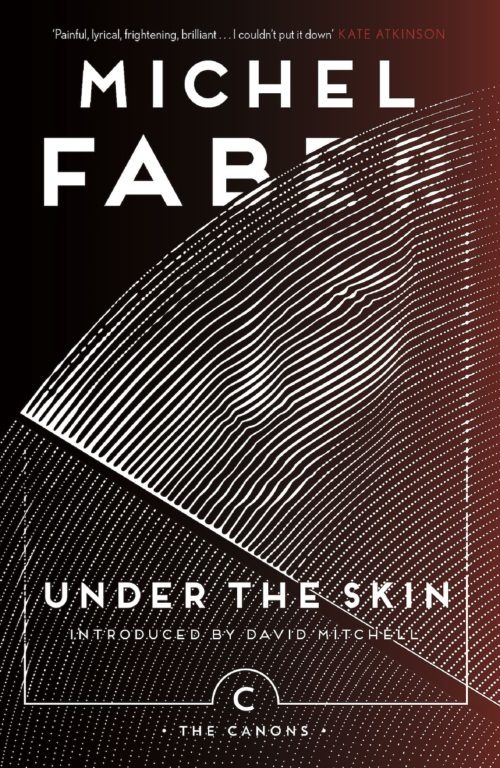 Michel Faber’s Under the Skin (2000) is analogous to Tevis’ work in many ways. Similarly, it depicts an alien visitor, Isserley, in the guise of a human being. We first encounter her prowling the Scottish Highlands, siren-like, in a red Corolla, picking up hitchers. Why? Our expectations are thwarted continuously on this point. But we learn her vehicle is kitted-out with an “icpathua”, or stinger, with which she incapacitates her victims. Thus, in the spirit of Species (1995), we are finally given to understand that Isserley is in fact another alien predator, using sex-appeal as a lure.

In the 2013 film adaptation, we see Scarlett Johansson immersing her hitchers in a nacreous black slime, which she is impervious to and can walk across. It’s unclear what is taking place here, but the novel eventually discloses that her human victims are in fact being processed at a farmstead for alien consumption. So when Isserley is scouting for “hunks on two legs”, she is in fact referring to “hunks of meat”! In many ways, Faber’s novel can thus be read as an indictment of factory farming methods. It is blackly macabre in its descriptions, and the issue is brought home to us all the more, perhaps hypocritically so, because human beings in this instance are the cattle. Not exactly bedtime reading then! Certainly, after this reading experience, I was all set for a week of veganism.

But, despite her predatory portrayal, Isserley is not an evil alien presence on Earth, and we can sympathise with her plight here. Like Newton she has fled a rapidly-dying home planet where basic necessities for life, such as clean air and water, are in short supply. Her people have never seen sky, let alone oceans. Her motive, therefore, is not one of conquest but self-preservation. It is then we appreciate the full implications of the decision she has made, for she has paid a terrible price for a more salubrious life on Earth. She has been surgically modified to appear human – de-limbed from a quadruped to a biped, her natural fur pelt shaven, and oversized false breasts grafted onto her torso. Consequently, she spends her days in near-permanent discomfort, suffering from post-op complications. 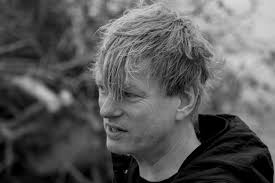 Michael Faber
We learn she is also suffering psychological trauma in her new skin. Like Newton, we see her with a mirror, attempting to reconcile her sense of self with her reflected image. The more she anthropomorphises herself and imitates human behaviours, the more detrimental it proves to her – or the more cracks appear in said reflection. In her original alien form she was deemed beautiful by her own people. Now she considers herself a “freak”. So it all but breaks her heart when one of her human hitchers actually calls her “beautiful”. Thus, as her identity crisis progresses and the boundary between herself and humanity is blurred, she begins to establish points of common ground with her hitchers. At first she considered humans mere food animals (or “vodsils”). But, through her interactions, she is forced to reconsider her position, and, despite her best outward shows, the concomitant immorality of killing them ceases to sit well with her: “[W]hen they wore clothes, styled their hair ... they could look quite individual”. Consequently, she allows her final victim to run free.

As in Tevis’ work, man is depicted as the greater purveyor of evil. Nearly every hitcher who enters Isserley’s car makes her feel uncomfortable, and one hitcher even violently attacks her. In this pivotal scene the roles of predator and prey are pointedly reversed, and she is only able to escape by dint of her own ingenuity and resourcefulness. Also, the human hitchers are granted a first-person narrative voice, whereas Isserley (the other) is only granted a third-person point of view – denied the right, effectively, to speak for herself. Ultimately, though our initial perspective of Isserley may have been that of a hostile entity, once we appreciate the myriad hardships she has been made to endure, we can feel compassion for her.


Also by James Goodall...
'Numbers Rule The Universe': Q By Christina DalcherAn Interview With Heather Child: Author Of Everything About You And The Undoing Of Arlo Knott'No Regrets': The Undoing of Arlo Knott by Heather ChildDeja View (Part Two): Conflicting Realities In Heather Child’s Everything About YouDeja View (Part One): Conflicting Realities In Philip K. Dick’s The Simulacra
To hark back to Nietzsche’s earlier apophthegm, it seems there will always be othering, no matter how far we come: “The power of moral prejudices has penetrated deeply into the most intellectual world, the world apparently most indifferent and unprejudiced”. But, as the experiences of Newton and Isserley demonstrate, before we rush to other that which is outside our own frame of reference, perhaps we should first do some soul-searching ourselves! Imagine what a different movie it would have been if Arnie and the predator, instead of exchanging rounds of gunfire, had sat down to discuss their feelings! Or, if Forbidden Planet’s Dr Morbius had been more introspective, he’d have understood sooner that the rampaging monster of Altair-4 was not in fact alien but his own “id” made manifest – that the abyss had stared back!