What Can We Learn From Coronavirus?

We often hear the adjective 'unprecedented' before the words 'global coronavirus pandemic', but are pandemics really so rare? In around 1350 the plague wiped out one third of the population of Europe. The eighteenth century saw sporadic outbreaks of smallpox that touched even the royal family, until a vaccine was eventually found after arduous tests and trials. In 1918 a lethal influenza called Spanish flu broke out, lasted for approximately two years, infected 500 million people and killed 50 million. 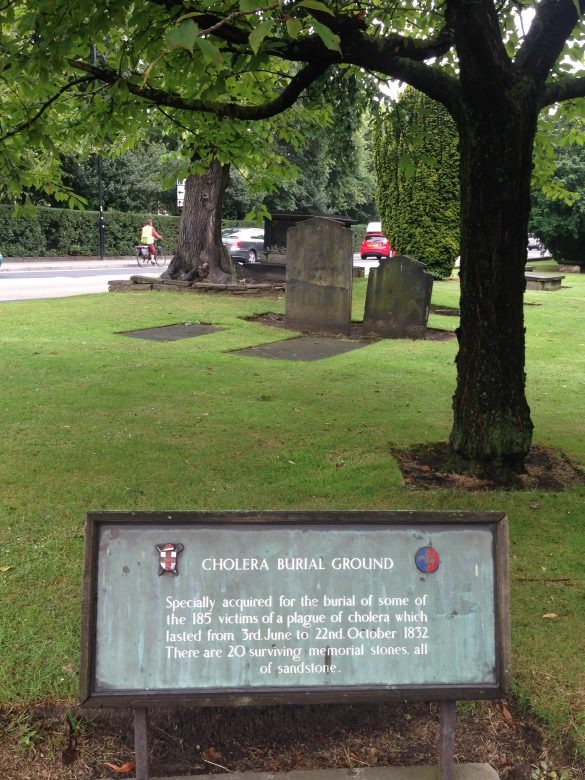 Cholera Burial Ground, York
Between the train station and the medieval walls of the city of York there is an incongruous, small patch of green grass shaded by graceful trees, almost obscuring the tombstones below. On further inspection you realise that these are the graves of those who died in the cholera epidemic of 1832. So many died at this time that the cemeteries of York overflowed and extra land was needed to accommodate the dead. By the side of the River Ouse next to the Park Inn Hotel you will find a plaque to John Snow, the York born doctor credited with discovering the cause of the nineteenth century cholera epidemics that were killing thousands of people all across the big cities of the country.

Dr John Snow (1813-1858) was the son of a coal-yard labourer in York. Despite his humble beginnings, he proved to be an exceptionally bright, methodical and eager student, so his mother used a small inheritance that she had received to send him to a private school, where he excelled. 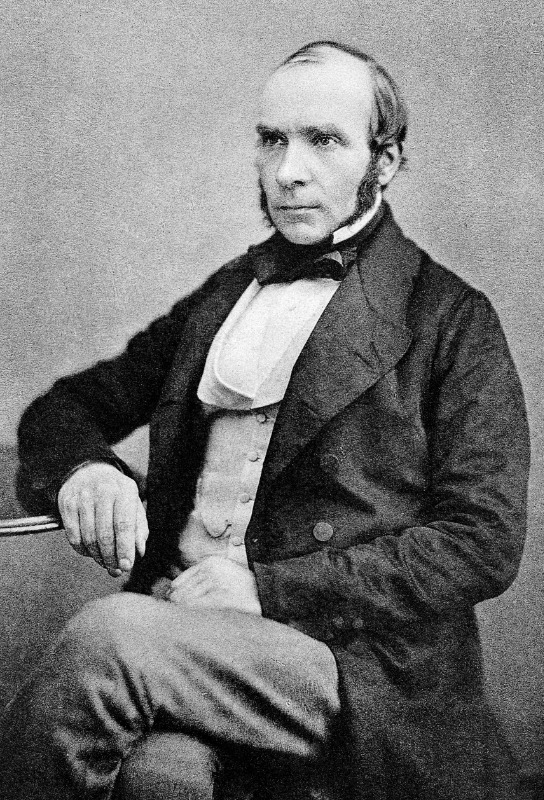 Dr John Snow
He served his apprenticeship in Newcastle-upon-Tyne where he displayed an analytical mind that noticed details that others often missed. He diligently kept notebooks to record his thoughts and observations on scientific subjects. While learning his trade under Dr Hardcastle in 1831, cholera broke out. As Dr Hardcastle was not able to treat all his patients single-handedly, he sent Dr Snow to attend the stricken miners of Killingworth Colliery. Then, suddenly, the epidemic ended, disappearing as mysteriously as it had begun.

While treating patients at the same time as earning his MD degree in London, Dr Snow came to the conclusion that contagious diseases might be caused by invisible particles in the air. This was not a completely original idea, but it was hugely unpopular amongst the general medical population at that time. Although the 'germ theory' of disease had been proposed in ancient times, many Victorian physicians were reluctant to accept it, preferring to believe that cholera was caused by 'miasma' or poisonous gases originating in sewers, swamps, garbage piles and graves. From Dr Snow's observations he believed that the disease was spread by drinking contaminated water. After a communal pump in London was sealed off due to his recommendation, the epidemic abated. Dr Snow had observed that the public water supply was contaminated by sewage from a broken drain pipe that fed into the supply.

Unfortunately, Dr Snow died in 1858, not knowing that the theory that he had worked so hard to promote in lectures and in publications had already been proved in 1854 by an obscure Italian anatomist called Fillipo Pacini. Pacini used a microscope to identify the bacillus that causes cholera. Finally, by the 1860s the germ theory of disease was accepted when the chemist Louis Pasteur demonstrated that microscopic organisms can cause illness. However, because of his rigorous methodology and findings, Dr Snow is now posthumously regarded as the father of epidemiology.

It could be argued that the cholera outbreak taught us about the importance of sanitary and hygienic water for human health. It is a widely held belief that the coronavirus has arisen owing to cross-contamination of wild animals and dead animals in a 'wet' market in China. If this is the case, what has coronavirus come to teach us about the way human beings treat animals?