Weekend Staycations: Brits Get Ready For Vegas On Sea

Five UK towns and cities could emerge as Britain’s answer to Las Vegas if predicted environmental concerns lead to the creation of a future UK gambling hotspot, according to experts.

The team from Casino.co.uk have looked at some of the UK's most popular gambling destinations, including Blackpool, and visualised how they might look reimagined as future Las Vegas rivals.

With Las Vegas off the list of gambling-holiday destinations this year thousands of gambling mad Brits will be forced to get their fix closer to home.

When it comes to casino tourism, the UK might not yet have an undisputed hot-spot such as Las Vegas but our gambling industry is still worth an eye-watering £14.5bn a year.

And with restrictions on air travel and concerns over the environmental impact of flying we could well see a UK town or city emerge in the future as a rival to the title gambling capital of the world.

Analysts from Casino.co.uk believe Blackpool, Edinburgh, Leeds, Liverpool and London could each emerge as contenders to challenge Las Vegas.

Now they have given each of these locations a neon makeover in a bid to imagine how each would stack-up as a future gambling hotspot.

A spokesperson for Casino.co.uk says: “A significant number of British tourists head to Nevada each year for a taste of Las Vegas magic.

“This year that may not be quite as easy and in the future concerns over the environmental impact of air travel may lead to the emergence of a UK town or city as a serious rival to Las Vegas on the world stage.

“Our research suggests five UK towns and cities are the most likely candidates to emerge as the UK’s answer to Las Vegas. These are Blackpool, Edinburgh, Leeds, Liverpool and London.

“We’ve given each of these locations a touch of the Vegas treatment to give us a glimpse of how each may look in the future.

“Of course another town could yet emerge from the shadows and surprise us by taking on the challenge of becoming Britain’s gambling capital. But right now we think these five locations are the most likely.

“Now Brits who are missing Vegas will know exactly where they can visit in the UK to find an abundance of gambling options.”

Here are three of Casino.co.uk’s top UK reimagined gambling cities that wouldn’t look out of place on the Vegas strip.


Blackpool There are many UK towns and cities that are located near the seaside, however, there aren’t many as famous as Blackpool.

There are currently three casinos in Blackpool, as well as an abundant nightlife - perfect for fun-loving Brits.

The only town on the list, Blackpool already benefits from an economy built around tourism and its famous illuminations are probably the closest thing we currently have to Las Vegas’ neon city scape.

With a population understandably proud of the town’s nightlife already Blackpool could be well positioned to cease the challenge of becoming Britain’s very own Las Vegas on sea.

Blackpool is also home to not one, not two, but three Victorian piers. Whether Brits are looking for live entertainment, amusement rides, arcades, food stalls and games, there is something for everyone here.

Casino.co.uk have reimagined one of these iconic piers into a neon resort similar to Las Vegas. 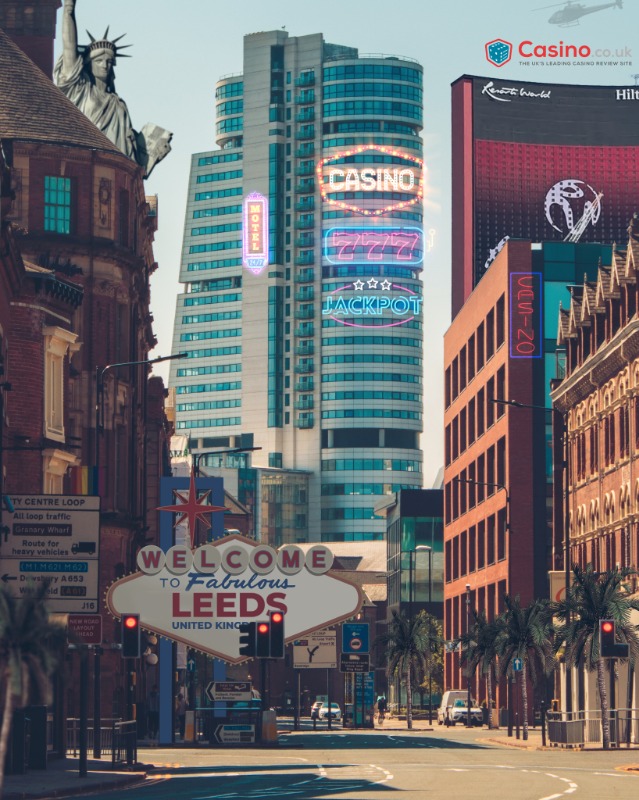 Leeds
The biggest city in Yorkshire is a popular haunt for gamblers. There are 17 different casinos on offer, including two franchises of the well-known Grosvenor Casinos brand.

With more than 10,000 slots machines across the city, Leeds is a perfect location for gambling, whether you are an avid player or are just looking for one night of betting action.

Las Vegas, Atlantic City and Macau developed their gaming offerings over decades after starting out with relatively small casinos and investing in newer and more impressive facilities over time, so there’s no reason why Leeds can’t follow suit.

Liverpool
From the Beatles through to its two Premier League football Clubs, the city of Liverpool has never been short of attractions that both entertain and amuse visitors to the area.

As Liverpool is such a large city you will not be too surprised to learn that there is a very good range of casinos to visit. The city centre is based around the river and is relatively easy to walk around.

As part of ongoing Liverpool regeneration, there is a project to utilise a series of derelict docks along the Liverpool waterfront. The plans hope to bring about innovative residential, commercial and retail units.

With new investment going into the docks, this new picture shows what the docks might look like if imagined into a Las Vegas style resort.