The FIA governing body has this evening held its annual end of season Prize Giving ceremony in Paris, during which Red Bull’s Max Verstappen received the trophy as the 2021 Formula 1 world champion. Earlier today the Mercedes team had announced it was withdrawing its intention to appeal against how the dramatic concluding laps of last Sunday’s final race in Abu Dhabi had been managed, relying instead on the outcome of the forthcoming FIA official investigation into matters at Yas Marina to clarify the sporting regulations before the start of next season. 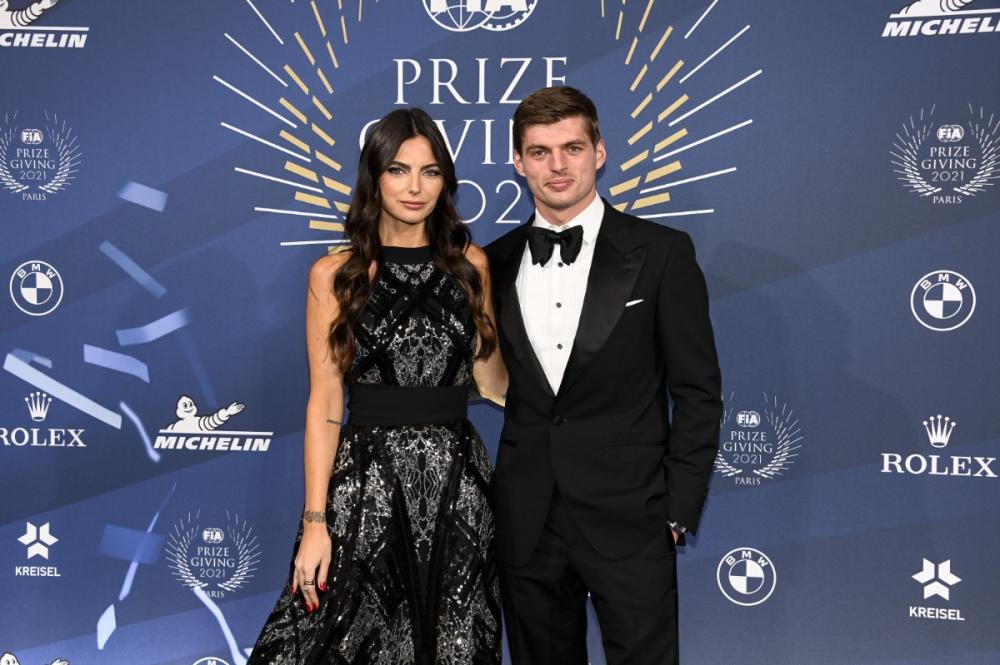 The new F1 world champion Max Verstappen with his partner Kelly Piquet at tonight’s official FIA Prize Giving in Paris
It has been standard practice that examples of all FIA championship winning cars are provided for a photoshoot prior to the Prize Giving event. Mercedes had won an eighth consecutive F1 Constructors title last weekend, but their ongoing anger about the race outcome meant that they sent neither of their championship winning Formula 1 and Formula E cars. Also absent were F1 team principal Toto Wolff and lead driver Sir Lewis Hamilton, who would both normally have been present. Their chief technical officer James Allison was despatched instead to collect the Constructors trophy.

By not attending Hamilton was actually in breach of article 6.6 of F1’s sporting regulations which makes it mandatory for the first, second and third placed drivers to be present, but in the current climate it remains to be seen whether the FIA will impose any sanction on the multiple champion. In fact Wolff explained today that Hamilton remains “disillusioned” about the sport after last weekend and could offer no assurances that the seven-time champion would return next season in search of a record-breaking eighth title despite him having signed a new deal for 2022 and 2023 earlier this year. 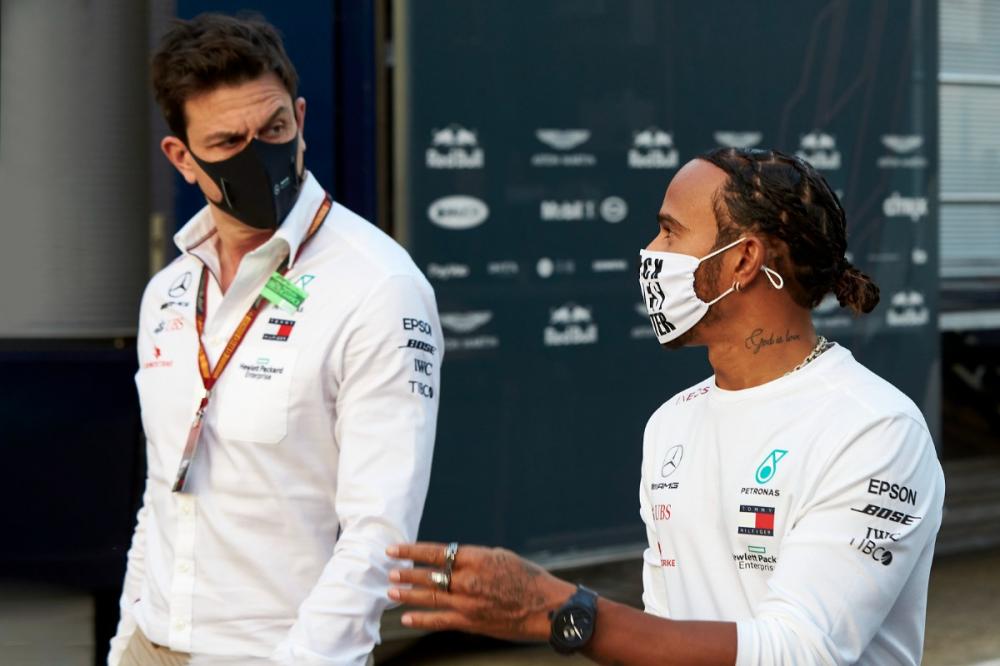 Mercedes’ Toto Wolff and Lewis Hamilton chose not to attend
Wolff also praised new champion Verstappen and his Red Bull team, adding that his gripe is solely with the FIA although the Austrian has no interest in speaking to the FIA’s F1 Race Director Michael Masi, the official at the centre of last Sunday’s controversy.
Also by Graham Read...
Oscar ﻿Piastri At Centre Of F1 Contracts RowAlonso To Race For Aston Martin From 2023 OnwardsVerstappen Flies ﻿From 10th To Victory In HungaryFour-Time F1 Champion Vettel To RetireVerstappen On Top In France Ahead Of Mercedes Duo