Verstappen And Leclerc Victorious In Austria 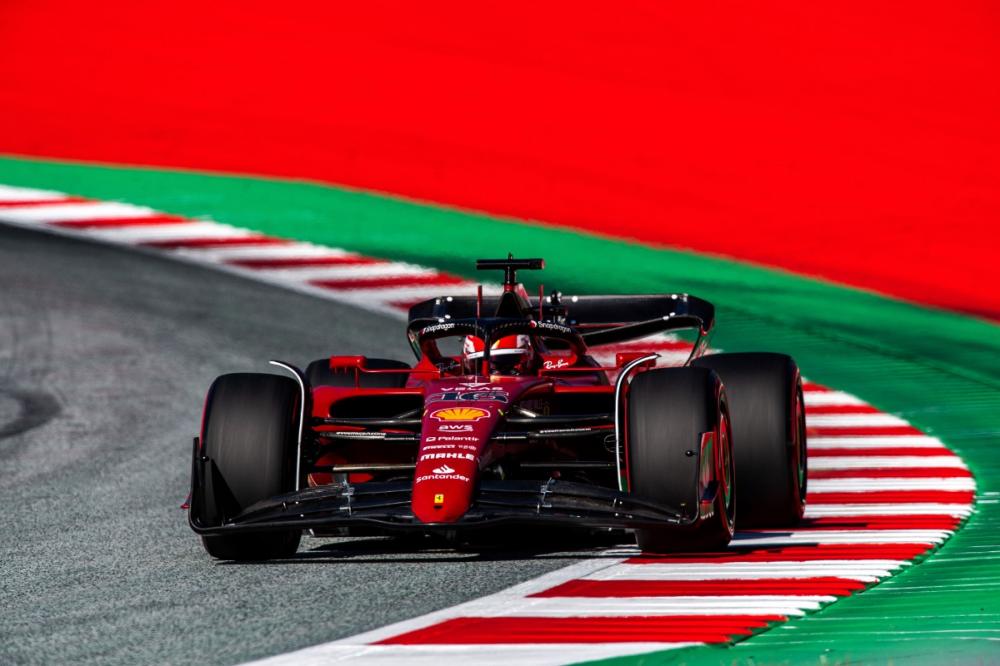 Ferrari’s Charles Leclerc overcame late throttle pedal woes to win today’s Austrian Grand Prix
Last year Formula 1 introduced a budget cap system in an attempt to rein in the massive spending of the leading teams and give the lesser ones a bit more of a chance to be competitive, even though it still left the sport very much with haves and have nots. The cap for 2021 had been set at US$145m, although crucially it excluded spending on several key areas including driver and senior management salaries. Very convenient if you happen to fall into either of these job categories! This season’s cap was agreed to reduce to US$140m plus US$1.2m for the additional 22nd race weekend. However, the significantly increased rate of inflation and dramatically rising international freight transport costs have led some of the top teams pleading for an increase and, following a meeting of the F1 Commission in Austria last Friday, it was announced that a 3.1% inflationary rise in the cap figure would be allowed for 2022, making the new total figure US$145.5m. All teams bar Alpine voted in favour, although some felt it still wasn’t enough.

Austria’s Red Bull Ring, situated near the small town of Spielberg, has to be the most beautifully located circuit I’ve ever reported from and it’s a great small track which usually throws up plenty of action, with decent overtaking opportunities up the hill at Turn 3 and then towards the ensuing Turn 4. The Grand Prix is usually a one-stopper, but the timing of any Safety Car interventions or of course accident damage can alter this.


Drama followed at the start of the formation lap for the Sprint event as Alonso was left on the grid with jacks and tyre warmers still in place following a “total blackout” with the car...
With this being a Sprint event weekend, the timetable was different to the norm and there was just a single free practice session on Friday before the qualifying hour to set the grid for yesterday’s short race. Leaving his Silverstone disappointment behind, the Drivers’ Championship leader Verstappen topped the timesheets at what is essentially a home race for the team, with Leclerc, Mercedes’ George Russell and the other Red Bull pedalled by Sergio Pérez the best of the rest. There were red flag interruptions though, firstly to enable the recovery post Turn 4 of the stricken McLaren of Lando Norris and then re the removal of ontrack debris. 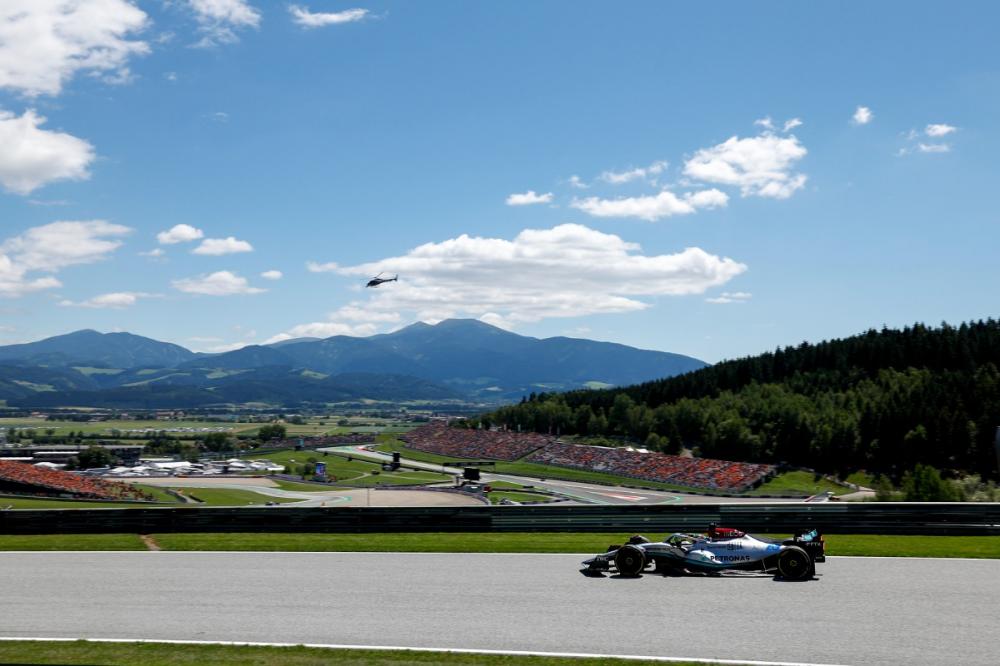 The racing is usually good at the Red Bull Ring and the location even better
Come the following three part qualifying process it was Verstappen who again emerged on top just 0.029s ahead of Leclerc, with the other Ferrari of Carlos Sainz third quickest. Pérez had ended qualifying in fourth place, but the stewards had failed to notice that the Mexican had exceeded track limits at the end of Q2 and subsequently he had all his top ten shootout times deleted as a well as his best one in Q2. This left him demoted to 13th on yesterday’s Sprint grid. Mercedes also very much had their own problems too as firstly Sir Lewis Hamilton made a mistake in Q3 at Turn 7 and his out of control car suffered damage after hitting the barriers. A week earlier Hamilton fans at Silverstone had regularly booed Verstappen and had cheered when he had spun during qualifying, so here in Austria Verstappen’s massive travelling army of supporters were not slow to show their excitement about Hamilton’s off. This left the multiple champion apologising to his team and ninth on the Sprint grid following the Pérez penalty, whilst Russell was set to start fourth after making a mistake at Turn 10 and having his own rather gentle backwards trip into the barriers.

The Haas drivers stood out, with Kevin Magnussen sixth quickest and Mick Schumacher seventh, whereas it was a disastrous qualifying for McLaren with Norris only 15th and Daniel Ricciardo eliminated in the very opening part, the likeable Australian’s difficult season very much continuing as he remains under pressure to retain his seat for next year. A second and final free practice period followed yesterday afternoon, in which the Ferrari duo led the way ahead of Verstappen and the Alpines of Fernando Alonso and Esteban Ocon.


Austria’s Red Bull Ring, situated near the small town of Spielberg, has to be the most beautifully located circuit I’ve ever reported from...
Drama followed at the start of the formation lap for the Sprint event as Alonso was left on the grid with jacks and tyre warmers still in place following a “total blackout” with the car and, after being pushed into the pitlane, his race was over before it had even begun as his team retired the car. Then Alfa Romeo’s Guanyu Zhou, still mightily relieved to have escaped unscathed from his massive accident just six days earlier, ground to a halt with a dead power unit as he headed towards his grid slot, forcing the start to be aborted. Power then returned and the Chinese rookie headed for a pitlane beginning to his race. 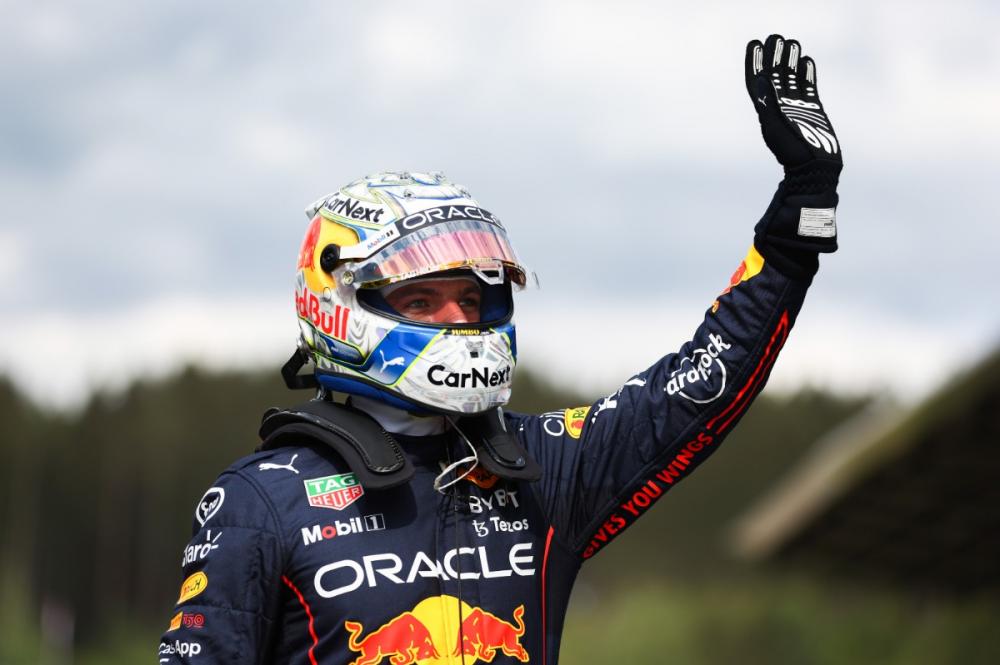 Max Verstappen won yesterday’s Sprint race for Red Bull, but had to settle for second today
Come the delayed start Verstappen got away cleanly and led throughout, never pressured by the two Ferraris behind him who had an at times very close intra team tussle before Leclerc made second place his own. To the rear of the podium trio Russell ran fourth from start to finish, with Pérez recovering to fifth by the chequered flag ahead of Ocon . The top eight finishers score points in Sprint races and so Magnussen picked up two in seventh and Hamilton one after the latter had eventually found a way past Schumacher.


With the circuit mainly an orange cauldron of fans hoping that their hero would deliver for them again, the conditions were dry but noticeably cooler than for yesterday’s Sprint...
Later yesterday it was revealed that Aston Martin’s Sebastian Vettel had received a 25,000 Euro fine, suspended for the rest of the season, after walking out of Friday’s at times stormy drivers’ meeting with the Race Director without permission. The penalty was given suspended status after Vettel had subsequently apologised and discussed his views in detail with the Race Director, who recommended to the stewards that mitigating circumstances meant a more lenient penalty than an immediate fine should be applied. Last year’s single Race Director Michael Masi was replaced by the FIA governing body with two new ones for 2022 (Niels Wittich and Eduardo Freitas), who have shared the role so far this. However, their decisions and those of the stewards and in particular their questionable consistency have concerned the teams and their drivers. With clear acrimony existing, Grand Prix Drivers Association director Russell called for there to be the same Race Director at each Grand Prix as in the past to improve the consistency required by all.

Yesterday’s Sprint result set the grid for this afternoon’s Grand Prix and so Verstappen was on pole again, accompanied by Leclerc on the front row and with Sainz and Russell just behind them. The daily attendance of just over 100,000 fans seemed as always at the Red Bull Ring to compose predominantly of Dutch Verstappen fans, who make their extended road trip to Austria and back very much their summer holiday, wearing their orange shirts and with some of them waving their canisters of similarly coloured smoke. Fortunately they always seem to be in high spirits, sometimes perhaps literally after I’ve often driven away from the circuit seeing them clearly trying to empty the local supermarkets of their beer stocks! 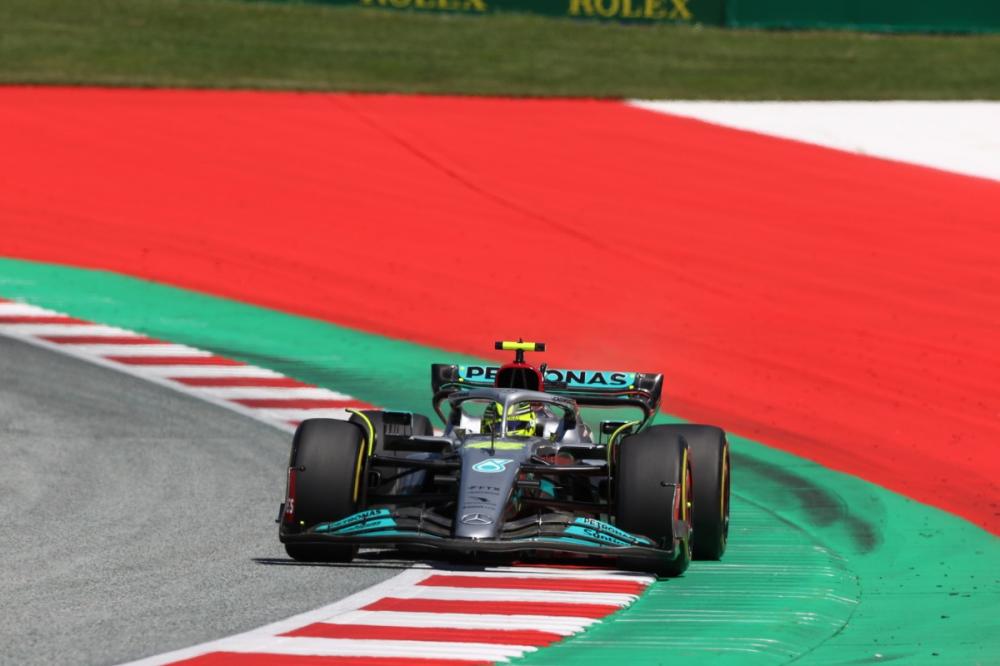 Lewis Hamilton finished a distant third this afternoon following Carlos Sainz’s fiery retirement
With the circuit mainly an orange cauldron of fans hoping that their hero would deliver for them again, the conditions were dry but noticeably cooler than for yesterday’s Sprint and come the three pm local time start of the Grand Prix it was polesitter Verstappen who sprinted into an immediate lead ahead of the Ferraris. On the opening lap there was trouble though for Russell at Turn 4 when contact with Pérez was to result in a five second penalty for the young British driver and an early pitstop for the second Red Bull. Eight tours later Leclerc was closing on the leading Verstappen as front duo edged clear of the rest and on lap 12 the Monégasque driver got his reward as he swept ahead up the inside at Turn 4, with the Dutch pedaller immediately being pitted to switch from medium to hard specification tyres.

With many drivers committing tack limits infringements the race settled as Leclerc and Sainz, yet to stop, led from Verstappen who had. Red Bull retired Pérez’s car on lap 26 due to its opening lap damage and at the same time Leclerc made his own first stop for hard rubber, with Sainz swiftly following suit. This left Verstappen back in the lead as Hamilton pitted for hard tyres, but on lap 33 Leclerc again passed Verstappen, this time at Turn 3. By the 50th tour the leading trio of Verstappen, Leclerc and Sainz had all completed their second stops for fresh hard rubber and just three laps later Leclerc passed Verstappen yet again to take the lead. Sainz was soon closing on the Red Bull too, but the Spaniard’s luck was to run out when his power unit suffered a fiery blowup on the approach to Turn 4, ending his race and causing a Virtual Safety Car intervention. This prompted Ferrari and Red Bull to pit Leclerc and Verstappen for a third time to switch back to medium tyres. 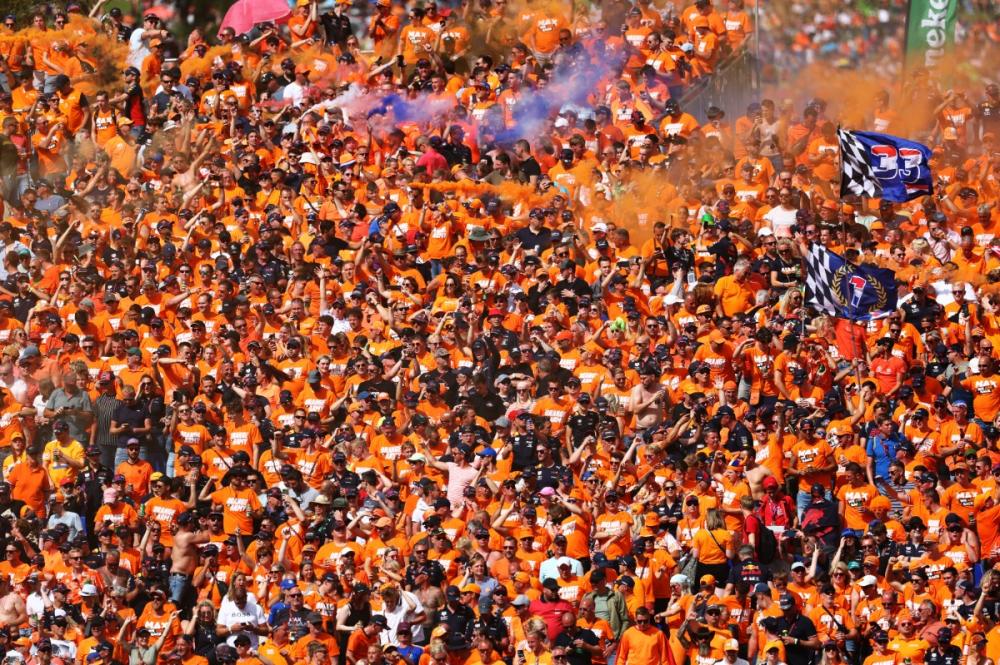 Orange is always the predominant colour in the Austrian grandstands
Next up in a fortnight’s time comes the French Grand Prix at Paul Ricard, located at Le Castellet down near the Mediterranean and a circuit which surprisingly produced a thriller of a race last year. Let’s just keep our fingers crossed for more of the same this time round.


Also by Graham Read...
Oscar ﻿Piastri At Centre Of F1 Contracts RowAlonso To Race For Aston Martin From 2023 OnwardsVerstappen Flies ﻿From 10th To Victory In HungaryFour-Time F1 Champion Vettel To RetireVerstappen On Top In France Ahead Of Mercedes Duo