And it all started with Peter Rabbit…

Huddersfield based eccentric record collector Steve Goldman, 55, will this week share his bizarre collection of 200 awful LP covers in 'The Worst Record Covers in the World', an exhibition in Huddersfield’s Piazza shopping centre. The exhibition runs from Saturday 6th- Sunday 14th November.

Steve, who suffered a stroke 18 months ago, is staging the exhibition in aid of Different Strokes, a charity helping younger stroke survivors. 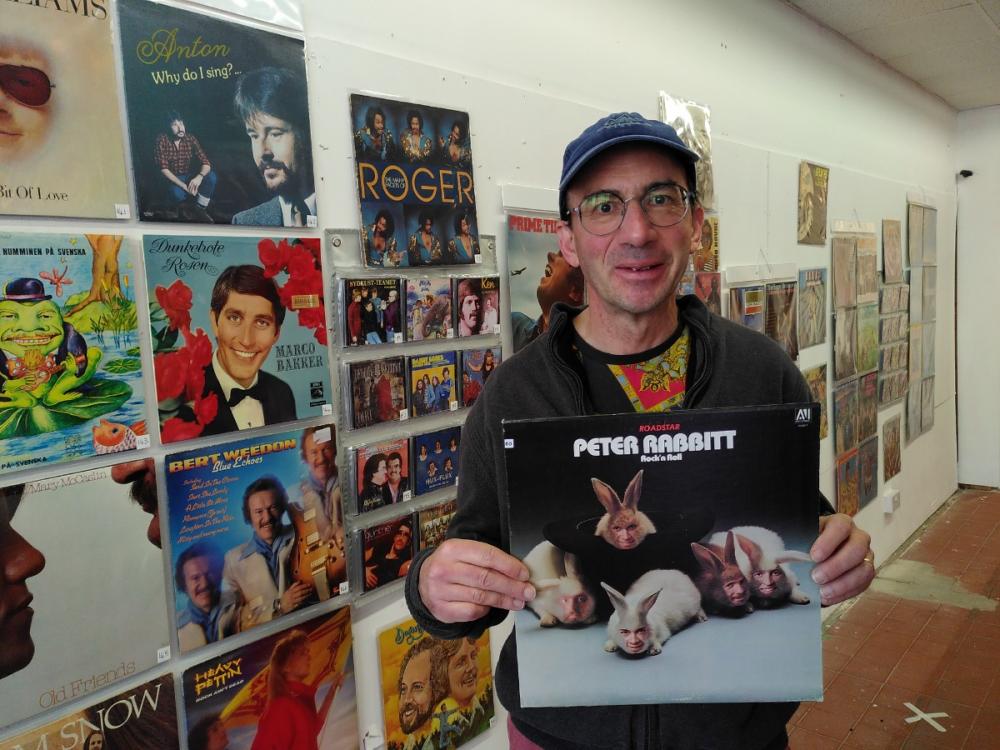 Steve said: “About 40 years ago I bought an album called Roadstar Peter Rabbit because it had such a strange album cover. Somehow, I lost it over the years and had never been able to find another copy. Someone told me about Discogs.com, a website where you can pick up old and obscure vinyl records. To my delight I found it there. I searched for a couple of other albums I knew of and I was off… I remember the moment I said to my kids, ‘I’m going to start collecting dreadful album covers.’ That was 5 years ago. Some people spend fortunes collecting fine art but no one collects dreadful LP covers. “

Over the next five years Steve rummaged in charity shops, car boot sales and the internet looking for records for his unique collection, spending between 5 p and £50 on treasured pieces.

“To get in my collection the album covers have to be unintentionally funny. I want records where the designers have tried to do something that’s gone horribly wrong. It can’t just be a performer in bad clothes or with an ugly face- though there are a couple that have got in that were irresistible. And it all has to be good clean family fun- I don’t collect any album covers that are gory, violent, sexist, homophobic or racist. “

During the week-long exhibition there will be a ballot box for visitors to vote for their 3 favourite worst record covers. Music from the albums will be played in the venue.

Steve is still building his collection and welcomes donations! He is happy to take his exhibition to other venues, but doesn’t have any plans to sell the collection, although he said “Everyone has their price!”