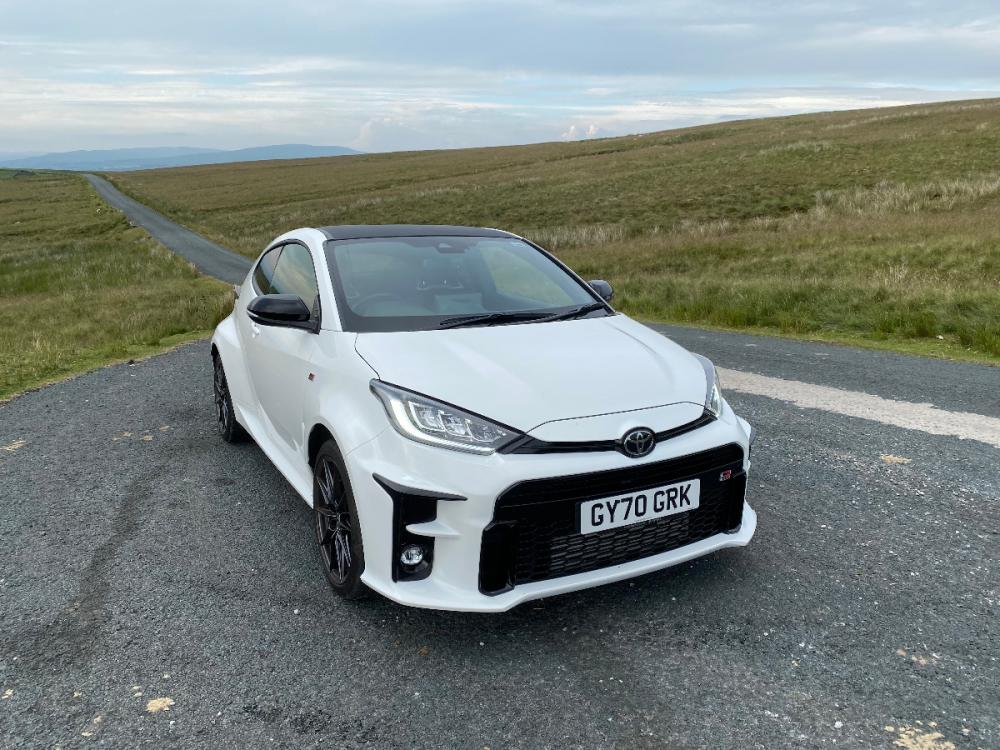 Much has already been written about the GR Yaris and I therefore feel somewhat late to the party. This car has been garnering praise from all quarters and the anticipation of its arrival for a week’s testing was palpable.

The car is a homologation special, produced by Toyota in order to be able to go rallying. Designed and built in house by the Gazoo Racing WRC team, complications due to the pandemic meant that the competition car was sidelined.

Not much remains of the humble Yaris on which the car is based. Only the front and rear lamps and the door mirrors are shared with the regular car. You see this is a car designed for a particular job and that is ultimate driving pleasure. 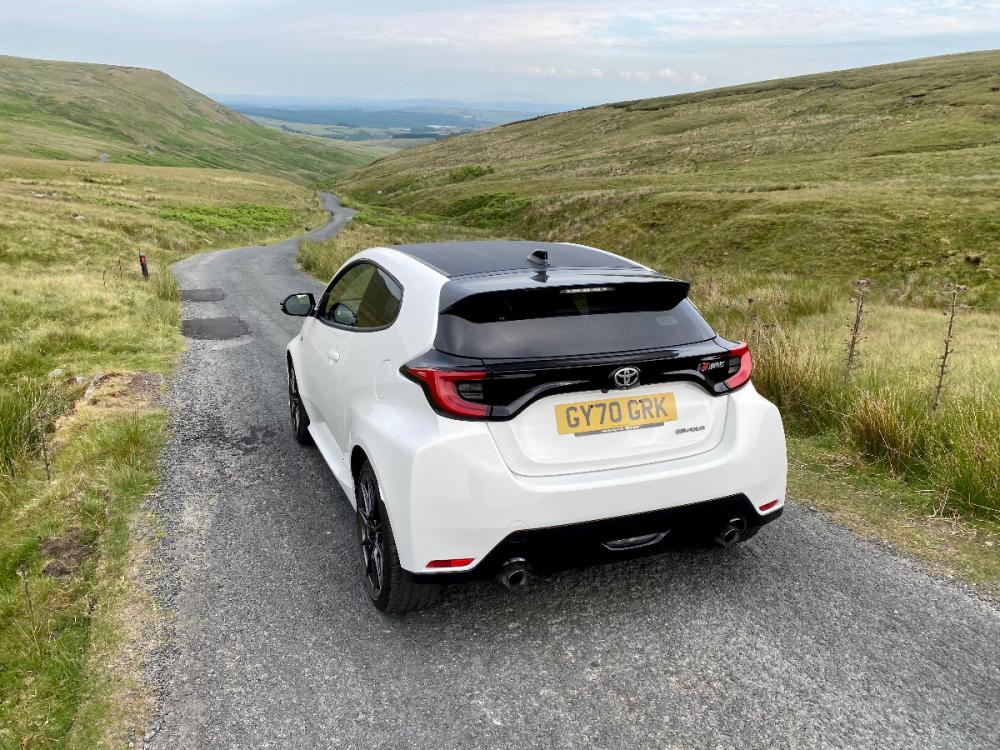 So, you will spot the carbonfibre roof, less obvious are the aluminium doors and bonnet, weight saving being the name of the game.

Under the bonnet sits a 1,600cc 3-cylinder turbocharged engine, tweaked and tuned to produce a heady 257bhp. It’s enough to catapult the diminutive GR Yaris down the road with some alacrity. The 0-62mph sprint time of just 5.5 seconds gives some indication of the performance on offer, but this engine does its best work once under way. 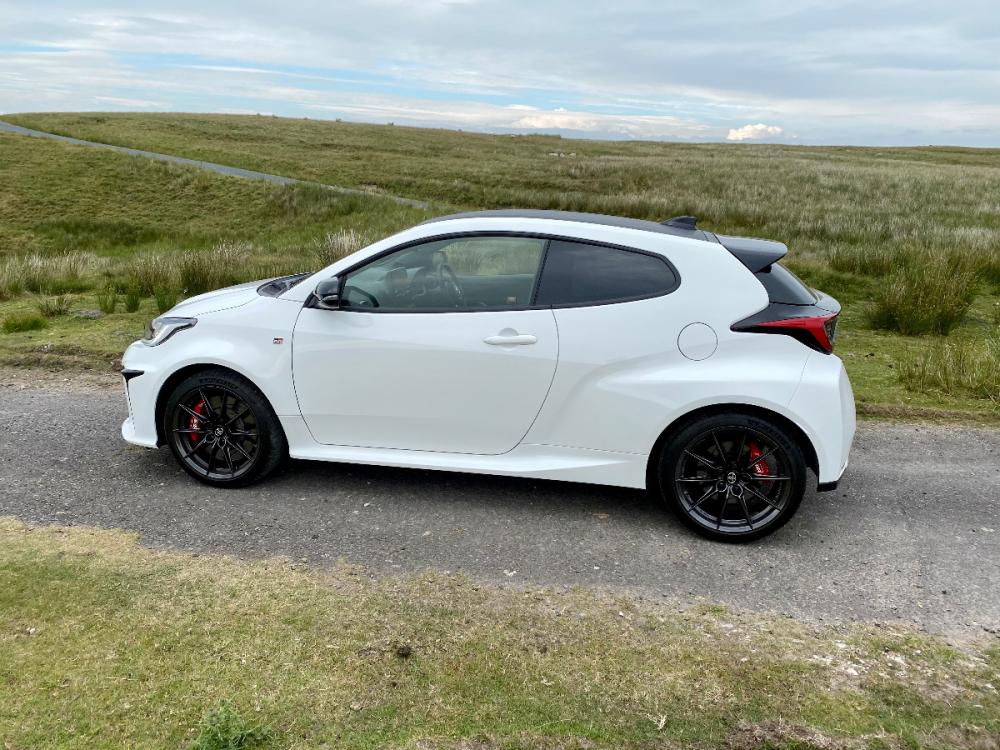 A squeeze of the accelerator in almost any gear will see the car hunker down and shoot towards the horizon, all accompanied by a delightful sporting soundtrack which improves immeasurably with higher revs.

Almost inevitably, you find yourself travelling too fast in almost any situation, such is the addictive nature of the engine and drivetrain. And with power sent to all wheels, the GR Yaris is able to safely deploy its firepower whatever the weather.

At low speed, the ride is a tad on the firm side, but the payback comes as soon as you tackle a favourite twisty B-road. Here the GR’s rally pedigree comes to the fore with a handling balance that even the most expensive of supercars would not be able to replicate.

Cornering at road legal speeds, the grip is phenomenal, body roll absent and the grin factor off the scale. 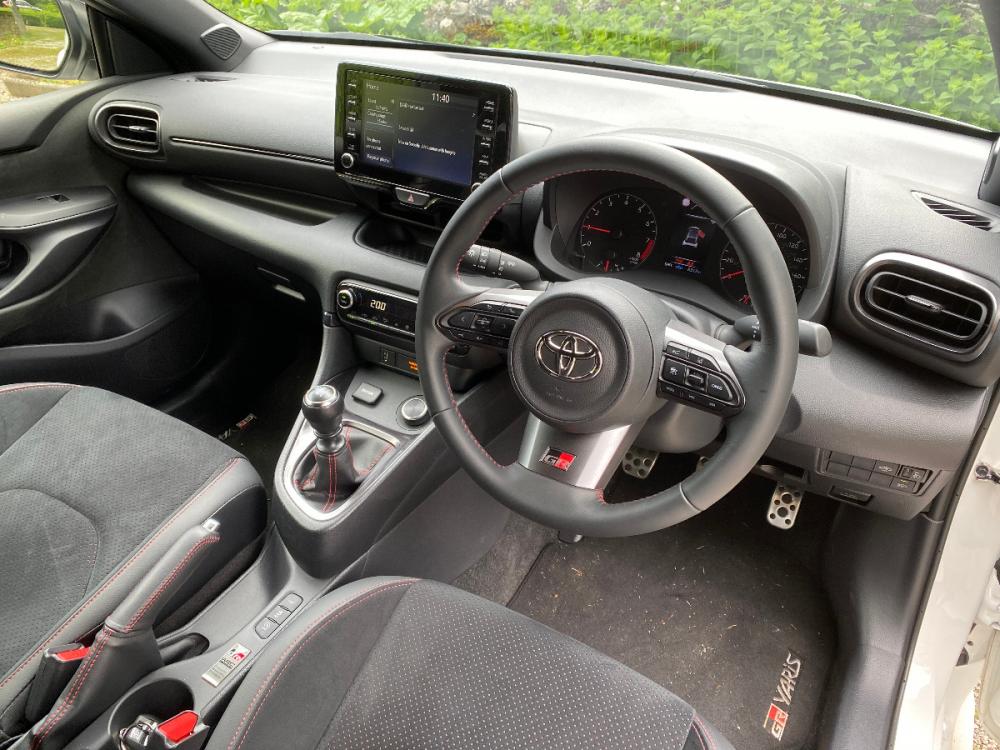 I was reminded of my last drive in a Subaru Impreza WRX some years ago, a car in which I not only managed to make my passenger feel slightly sick on a particularly spirited drive, but I also upset my own equilibrium!

The six-speed manual gearbox is a delight to use and paired with a light clutch, keeping the engine on song becomes a pleasure.

Toyota quotes 34.3mpg for the combined cycle and I am sure that driven sensibly that might well be attainable. My figure for a week behind the wheel was nearer to 20mpg, a fair indication of the pleasure had behind the wheel on my favourite roads.

The GR Yaris will doubtless be a car bought for fun and frolics but it civilised and comfortable enough to be driven every day. It is well equipped, will seat four at a push and has a Yaris sized boot, easily extendable by dropping the back seats. 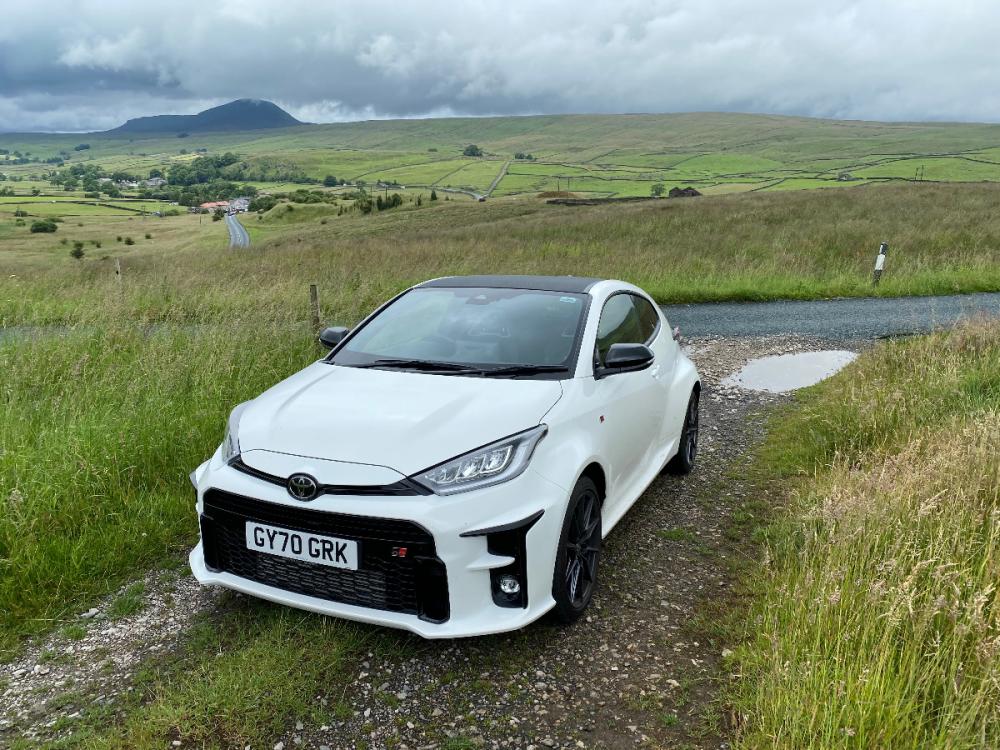 Looking for rivals left me doing a bit of head scratching. A Ford Fiesta ST most readily springs to mind. Cheaper, but front-wheel drive and down on power. A Civic Type R from Honda perhaps, more compatible on price and closer in performance, but a very different driving experience.

Unique is good, and it is unlikely that we will see the likes of the GR Yaris again as manufacturers focus their attention on electrifying their ranges. What says it all is the not only has this year’s allocation of the GR sold out, but so has 2022’s. Expect to pay a premium for a second-hand example too for what is likely to be a future classic. 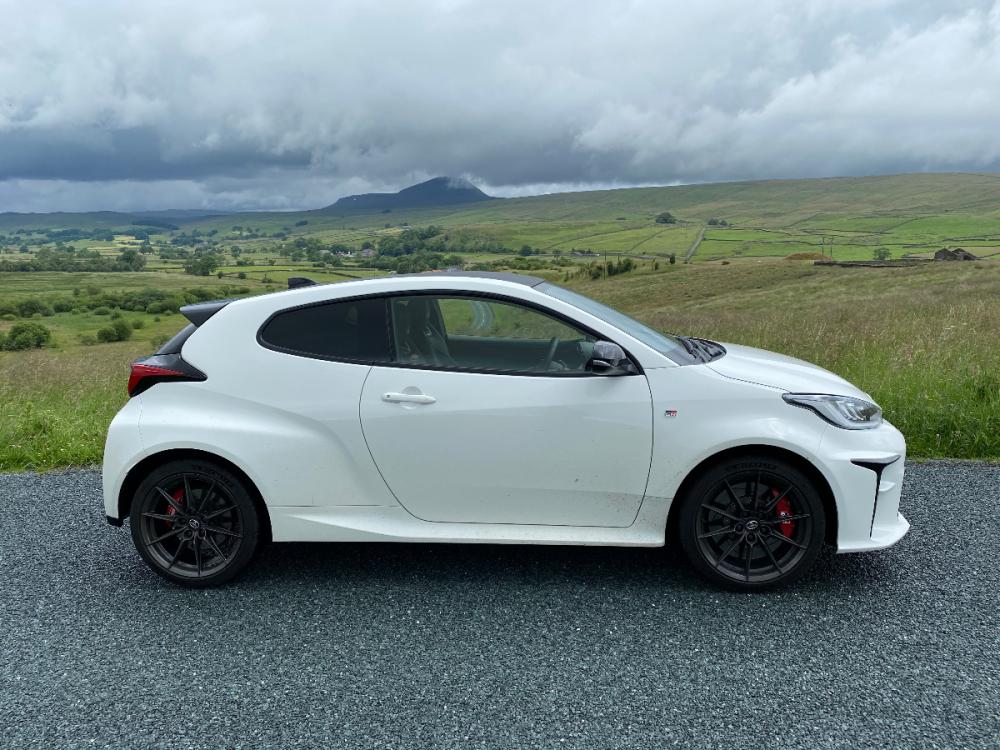