Top 25 Movie Cars Of All Time, According To Brits 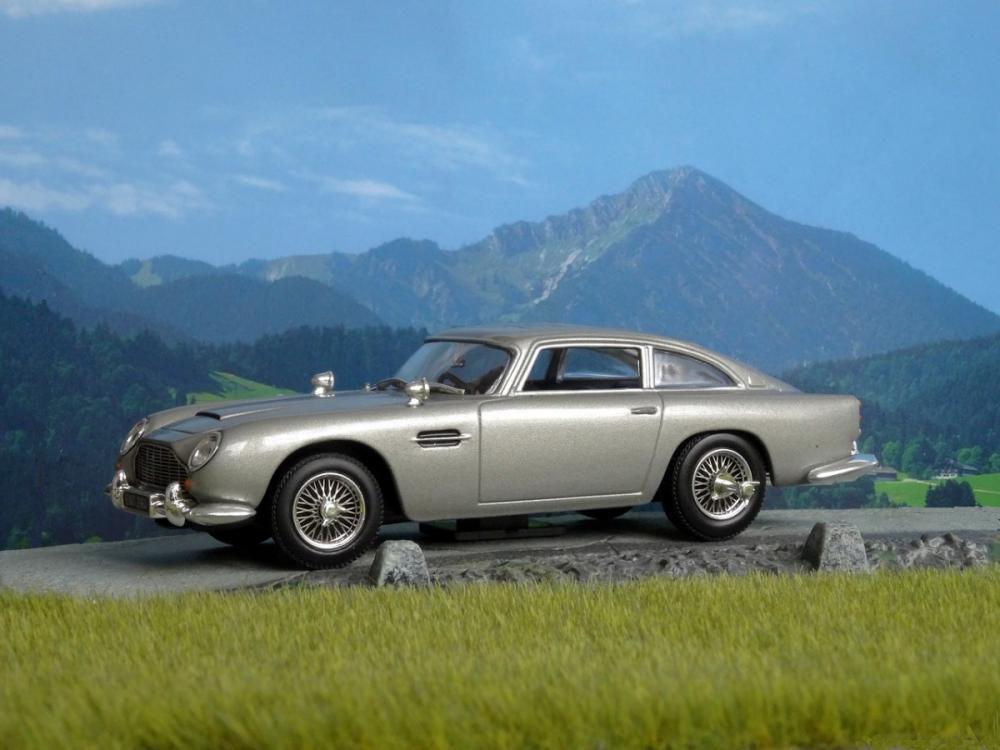 The nationwide study found that the car most closely associated with the Bond franchise, which appeared in the 1964 film Goldfinger starring Sean Connery as Bond, came top of the multiple-choice list of the most memorable screen cars, with 65 percent of the vote.

One of the most recognisable cars in film history, the original gadget-laden Aston Martin DB5 from the 1964 James Bond film Goldfinger has intrigued both on and off screen, famously vanishing without trace from a private aircraft hangar in Florida in 1997, never to be seen again.

The poll by webuyanycar.com, which revealed the UK’s top 25 favourite on screen cars, found that second on the list was the quirkily modified 1981 DeLorean DMC-12 from the Back to the Future films, with 35 percent and the Austin Mini Cooper in 1969 crime comedy classic, starring Michael Caine, The Italian Job came in third place, with 33 percent of the vote.


TOP 10 MOST ICONIC SCREEN CARS, ACCORDING TO BRITS

James Bond’s 1964 Aston Martin in Goldfinger 65%
1981 DeLorean DMC-12 in Back to the Future 35%
The Austin Mini Cooper in The Italian Job 33%
968 Mustang GT 390 in Bullitt 30%
James Bond’s Lotus Esprit car in The Spy Who Loved Me 26%
The Dodge Charger in Dukes of Hazzard 24%
Kitt from the Knight Rider series 24%
The Volkswagen Beetle in Herbie: The Love Bug 22%
The Batmobile in Batman Begins 21%
The striped tomato car in Starsky and Hutch 19%

Richard Evans, head of technical services at webuyanycar.com, said:
“It’s great to see the old classics from the 60s, 70s and 80’s feature so highly on the list of most recognisable on-screen cars.

“We’ve recently had the pleasure of the UK’s very own iconic DeLorean Back To The Future car visiting one of our branches, with its flux capacitor in full working order alongside the famous gullwing doors making it one of the more memorable cars we’ve seen! Although we can’t make every car a time machine like Doc Brown’s DeLorean, we can help you save time and stress by selling your car to webuyanycar.com, with a fast, free no obligation quote online and local branches within 15 minutes in the UK on average.”

When asked about some of the most popular fantasy features of cars on the big screen, 36 percent of motorists said they’d love to turn their car into a time machine, while 19 percent would go for invisibility and 17 percent would like their car to fly.

And when it comes to our favourite movie motor moments of all time, the classic 1969 Mini car chase from The Italian Job came pole position, with 56 percent of the vote.

Bond (played by Daniel Craig) driving his Aston Martin through the Scottish countryside in the 2012 movie Skyfall (36 percent) came second, and the San Francisco car scene with Steve McQueen driving a Mustang in the 1968 classic Bullitt came third place (23 percent).

For the full list of all 25 best-voted magic movie moments and the iconic cars that made them so memorable, visit webuyanycar.com.