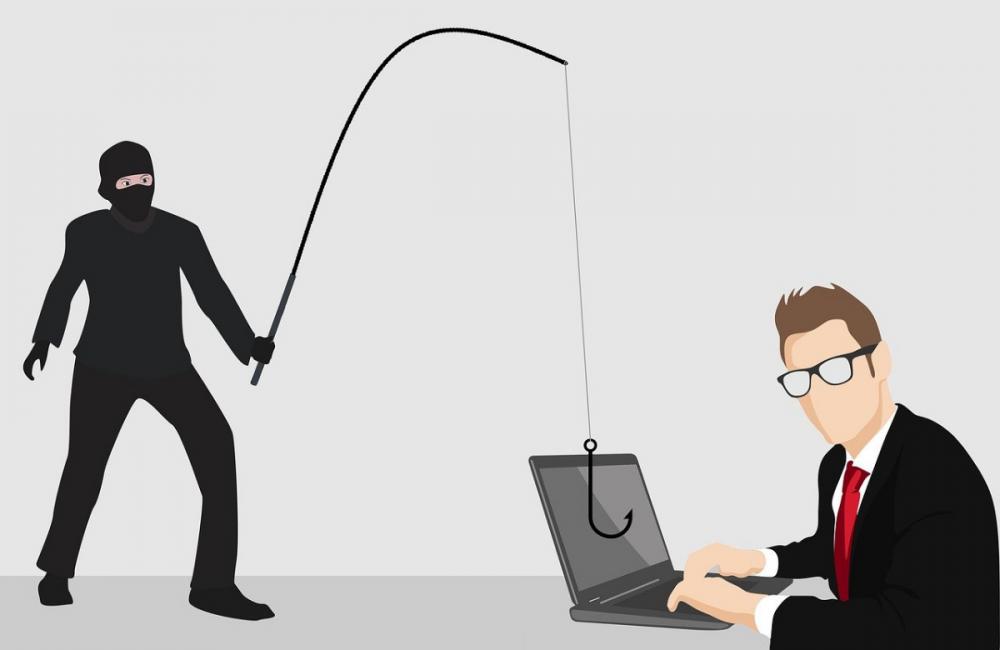 It would be an exaggeration to say there is one a day, although it can sometimes feel like it. There’s probably about three a week on average.

Normally, they’re fairly obvious and I gently put the phone down on them. To slam it down would be to admit they are getting to me. But sometimes in an idle or curious moment I take it as a challenge to get them to slam the phone down on me.

It’s usually a man who sounds quite young and from either Eastern Europe or South-East Asia. The accent is not in itself enough to condemn because lots of legitimate businesses bizarrely operate through foreign call-centres whose staff have difficulty making themselves understood in their second language.

Almost always this individual introduces himself by some matey abbreviation. He’s a Bobby, a Sammy, a Dave. Personally, I would advise him to call himself something unusual or with unfortunate connotations, like Ernest, Kenneth, Donald or Boris, so much so that no one would suspect him of making it up.

Bobby wants to know how I am. If I were willing to play his little game and trade phatic platitudes, I’d say, ‘Fine, thanks, how are you?’ He’d reply, ‘I’m good, thanks,’ and think the game was afoot. He’s undeterred when I depart from his script by blanking the question and he gamely launches into his next paragraph. At this point it’s not a bad ploy to beg his pardon, plead it’s a bad line which is a good enough excuse to ask where he’s ringing from.


Also by Andrew Liddle...
And Then There Were TwoMeet Magic Rock's Christa SandquistSunak Is A Bit Of A DragRadio GagaOh Rarely, Prime Minister!
If he’s not very bright and with perhaps not the range of language to paraphrase he will repeat himself word for word, which rather gives it away that he is little more than an automaton reading from a script. I almost begin to feel sorry for him, start speculating on his circumstances and the pittance he’s undoubtedly being paid - until I remember his purpose is to do me harm.

It’s worth noting that Bobby does not address me by name, which suggests he doesn’t know it, but he wouldn’t if he were just working through a block of computer-generated numbers. Legitimate business people, even when cold calling, have usually invested in one of those packages that sells them a few hundred thousand names for a small fee. Every time you give out your details to anybody there’s a fair chance they will be sold on for marginal gain.

So if Bobby doesn’t know my name, how does he have precise knowledge that there is some suspicious activity about one of my recent transactions or my internet has a dangerous virus or some such thing. Indeed, how does he know anything to my advantage or disadvantage?
Bobby doesn’t like it when I interrupt to ask for his full name. He repeats ‘Bobby’ and I say there must be a million of his namesakes in the world. ‘I really need your full name, Bobby,’ I say pleasantly, ‘ if I’m to talk to you.’

If the phone has not been put down, then I repeat the question about his whereabouts. Bobby is not impressed and doesn’t think it of relevance. ‘But it is, you see, Bobby, how else am I to judge whether you are one of those dreadful scammers.

Normally there the matter ends until the next time. But this Bobby might be new to his job and still enthusiastic. He might be being monitored and think this is a good chance to demonstrate to his bosses how persistent he is. If he’s still hanging in there, I would say: ‘If you won’t tell me your name, please send me an email with all the details and some way of verifying you are who you say you are.’ I have never had to go this far, however. But, of course, I wouldn't want to give him my email address if he acted out the charade and asked for it.

A friend of mine says he usually asks them to hold the line and wastes their time until they ring off. I suppose an imaginative tweak would be to play them some saccharine music they’d be sure to hate, some Daniel O’Donnell or Julie Andrews, perhaps, but then you’d have to have appallingly bad taste to possess such recordings - and maybe deserve scamming.

I jest and shouldn’t because this is a serious subject and no one can afford to scoff at people who have been taken in or to think that they themselves might not fall prey at some stage. Some of the scammers are a good deal more sophisticated and persuasive than Bobby.

I’ve written this piece because Bobby did indeed just ring, saying he was from BT and was investigating suspicious activity on line. I was immediately suspicious of his suspicions when he asked me to log on to my computer to allow him to remove the viruses. ‘But Bobby, if I do that I’m pretty certain you’ll introduce a virus,’ I said, not unreasonably.

Still, I wonder how Bobby knows I am with BT. I think it might be Sammy next time.