Time To Experience The One O’clock Gun Pub In Liverpool 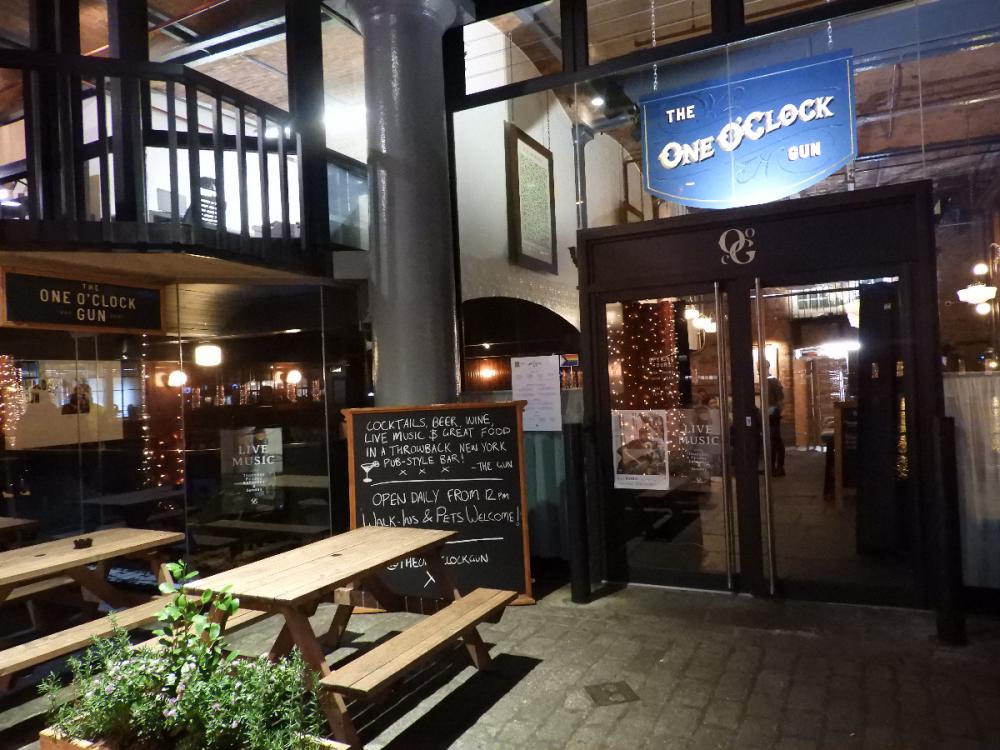 Liverpool’s One O’Clock Gun was fired for the first time from Morpeth Dock on the 21st September 1867 – the start of a tradition which would last over a century in the port of Liverpool.

The huge, familiar boom from the cannon would be heard for miles, offering ships a time check, crews setting their chronometers by the gun. It would also alert everyone nearby of the correct time – for generations of local people within earshot this was a signal that it was time for lunch.

Today, you can find the very first One O’Clock Gun, originally a relic from the Crimean War, situated quayside by the Albert Dock Maritime Museum. 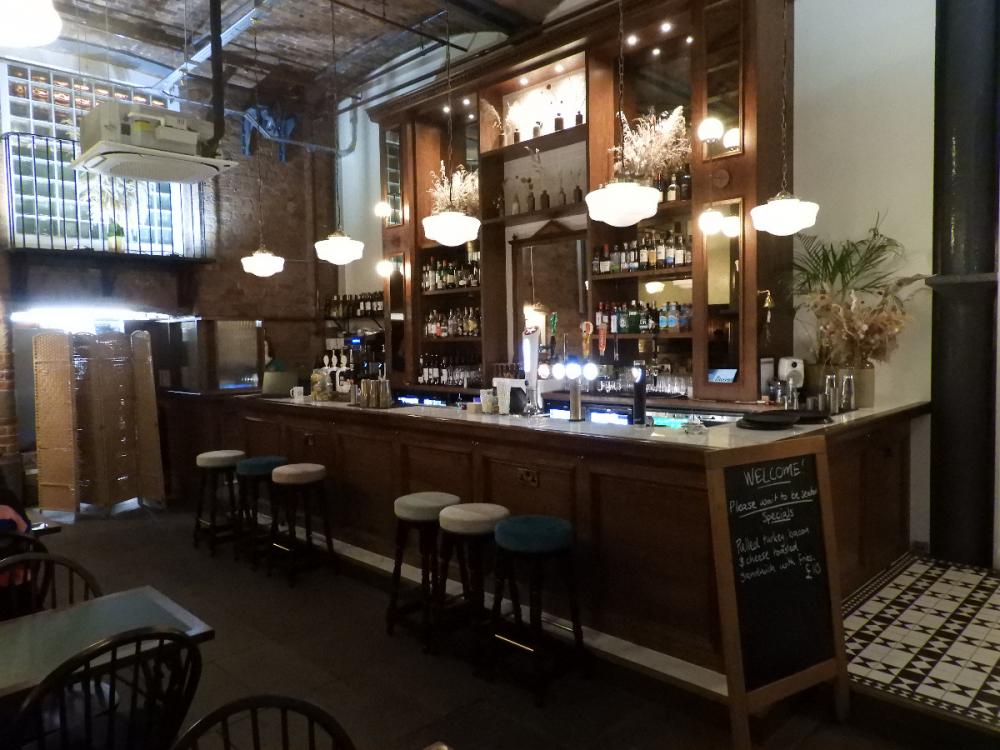 It is a friendly place rather like your local – within thirty minutes we had struck up conversations with our fellow diners.

The food menu is simple: four starters, mains and desserts. 'Proper' pies make up the four mains, all from the Great North Pie Company – and all served with creamy mash, mushy peas and gravy (£12.00). 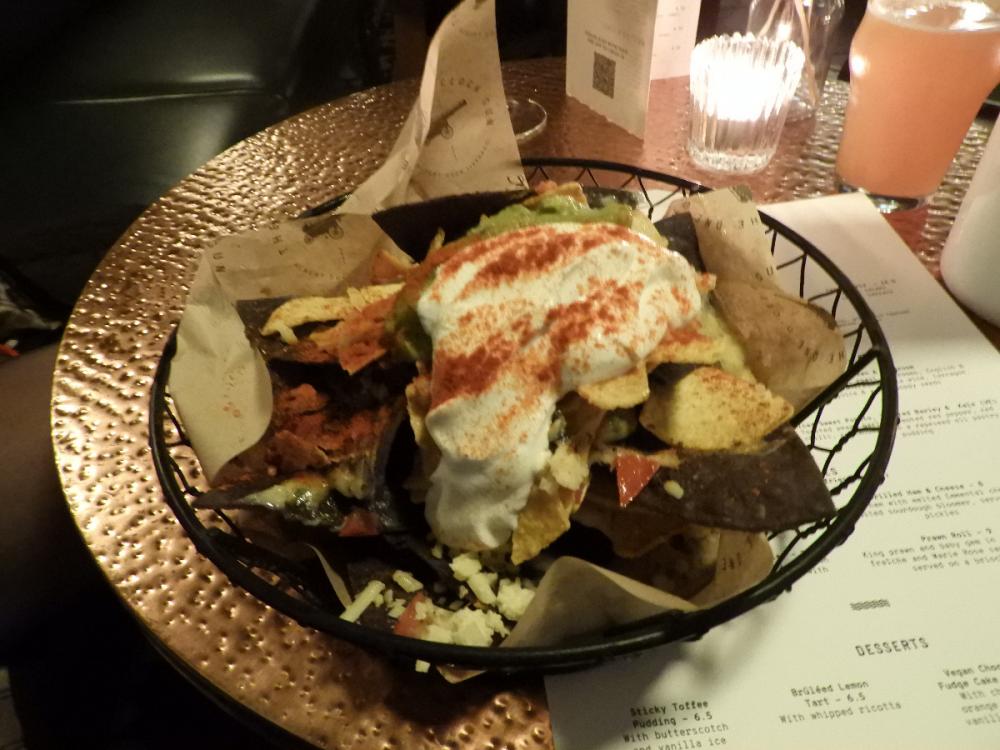 The Gun Nachos (£6.00) are ideal for sharing with a good selection of cheese, guacamole, sour cream - though I was not sure if the guacamole had been replaced by mushy peas.

My classic Lancashire Cheese and Onion Pie was wholesome, tasty with a good pastry whilst my partner's Roast Chicken and Ham Pie was equally as good and enjoyable. 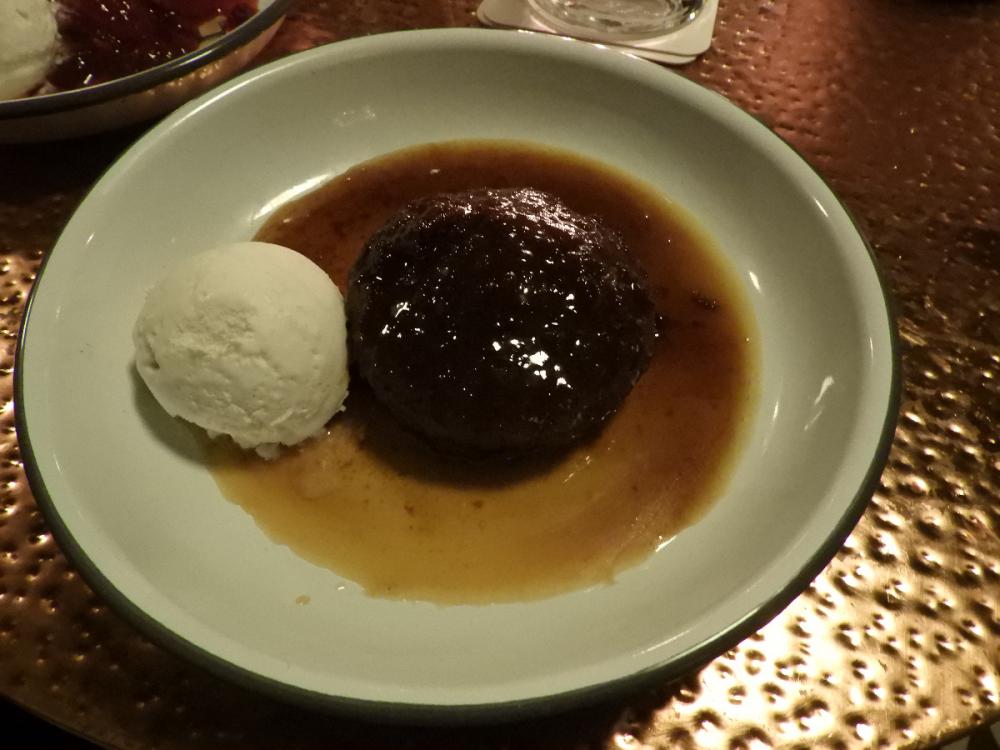 If you have room for a dessert the Sticky Toffee Pudding (£6.50) comes served with butterscotch and vanilla ice cream; a moist and succulent dish that did not disappoint, whilst my partner's Chocolate Tart served with a poached peach and ice cream (£6.00) was as good as it looked. 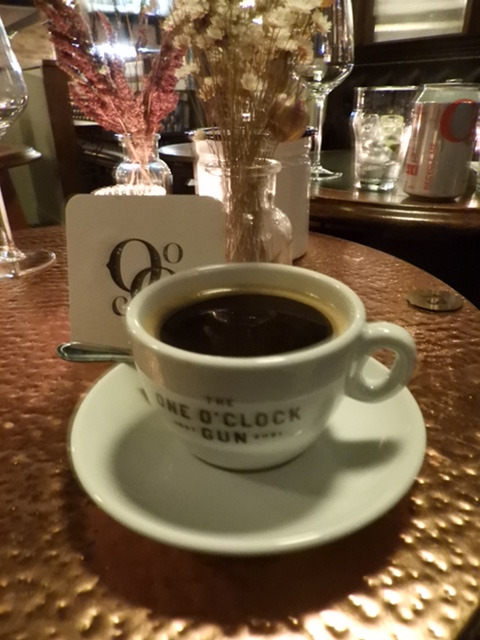 You can wash all this down with a selection of local beers – the One O’Clock Pale Ale brewed by the Carnival Brewing Company. There was a surprise at the bottom of the coffee cup, a photo of the One O’Clock gun – though I think that if they served a Malteser on the side of the cup, by way of being a cannonball it would complement the surprise.

The service was quick and friendly and it is somewhere I would return back to next time I am in Liverpool.

The One O’Clock Pub, Unit 3A, Britannia Dock, Liverpool L3 4AD
https://theoneoclockgun.pub/
Also by Graham Clark...
Interview With FiveGary Barlow Relights The Fire In SheffieldJames - Still Getting Away With It At Leeds ArenaSam Fender – On Fire In LeedsTales From The Script As Ed Sheeran And Supporting Cast Shine