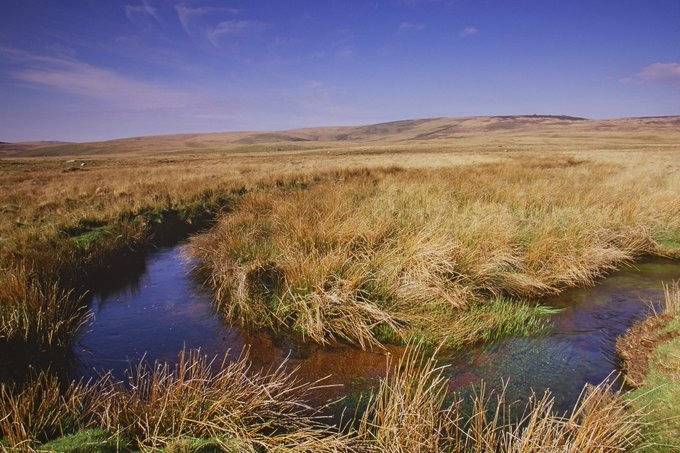 Five new landmark projects to restore England’s peatlands to a natural and healthy state will benefit from millions of pounds through the Government’s Nature for Climate Peatland Grant Scheme.

The Government intends to invest over £50 million in peat restoration, building on its pledge to restore approximately 35,000 hectares of peatland in England by the end of this Parliament.

As England’s largest carbon store on land, peatlands play a vital role in trapping carbon and also provide a wealth of wider benefits such as improved ecosystems and biodiversity, better water quality and natural flood management. However, only 13% of England’s peatlands are in a near-natural state. These new projects mark a big step towards achieving our goal to reverse the decline of England’s peatlands and will contribute to the ambitious Nature Recovery Network.


The successful projects include:

Northumberland – Led by Forestry England in partnership with the Northumberland Wildlife Trust, Northumberland National Park Authority, Natural England, Newcastle University and the Ministry of Defence, this project aims to restore 827 hectares of peatland on nine closely connected sites in the Border Mires.
Lancashire and Cumbria – Lancashire Wildlife Trust and Cumbria Wildlife Trust will collaborate to carry out important restoration works on 16 degraded lowland raised bog sites stretching from Merseyside up to the Scottish border. This encompasses former extensive areas of the Solway Plains, Witherslack Mosses, Lancashire plain and Pilling Mosses, Manchester Mosses, to the Mersey floodplain, and is aiming to restore 227 hectares over the scheme’s duration.
Greater Manchester – The RSPB, in partnership with United Utilities, will deliver a peatland restoration project that aims to restore degraded blanket bog on their partnership site at Dove Stone, aiming to restore 941 hectares of peatland restoration.
Cornwall, Devon and Somerset – Led by South West Water, this project will restore some of the UK’s most southerly blanket bogs on a total of 42 sites, including Bodmin Moor, Penwith, Dartmoor and Exmoor, aiming to restore approximately 2,634 hectares of peatland.
Yorkshire, Manchester and Durham – Yorkshire Wildlife Trust, together with the North Pennines AONB Partnership and Manchester University, will carry out restoration work on degraded blanket bog across 15 sites in a new collaboration called the Great North Bog Initiative. This project expects to deliver 3,510 hectares of peatland restoration in the Yorkshire Dales and North York Moors National Parks as well as the Nidderdale and North Pennines AONBs

Environment Minister Rebecca Pow said:
"Our peatlands are remarkable habitats which provide homes for many precious species and hold enormous amounts of carbon. By restoring 35,000 ha of damaged and degraded peatlands in England, 9 million tonnes of carbon dioxide would be prevented from being released by 2050 which would make a significant contribution to combatting the devastating impacts of climate change and biodiversity loss.

"The projects being awarded funding today will bring about much-needed peatland restoration across the country. We have committed to triple our historic average annual peat restoration figures and these landscape-scale projects will provide a great contribution to achieving this and accessing the wealth of benefits healthy peatlands offer."

Natural England Chair Tony Juniper said:
"Our peatlands exemplify the multiple benefits society can reap from healthy natural systems. They store a vast quantity of carbon, captured from the atmosphere by plants living long ago, they purify and store water, enabling rivers to run steady and clear while at the same time reducing flood risk.

"They are also wonderful wildlife habitats, supporting some of our most iconic species, and peat covers some of our most beautiful landscapes, including in the National Parks that we hope even more people will enjoy during the years ahead. By restoring peatlands, we can protect and increase all of these valuable benefits.

"I am delighted to see grants being awarded to ambitious and extensive proposals to restore the integrity and quality of peat systems across large landscape areas, contributing to a wider Nature Recovery Network. I am looking forward to seeing how the projects get started and progress."


Applications for restoration grants opened in April, as part of the Nature for Climate Peatland Grant Scheme, a great step towards reversing the current decline in England’s peatlands. The recently announced England Peat Action Plan also sets out a host of further actions we will take to ensure our peatlands are functioning healthily for the needs of the planet.

There are also Discovery Grants available for organisations to scope sites and develop plans for peatland restoration, enabling them to bid for future Restoration Grants. The application window for the first round of Discovery Grants is currently open, closing Wednesday 1 September.

The second round of Peatland Restoration Grant applications are due to be launched in early 2022.

Further information on the Nature for Climate Peatland Grant Scheme can be read here. https://www.gov.uk/guidance/nature-for-climate-peatland-grant-scheme